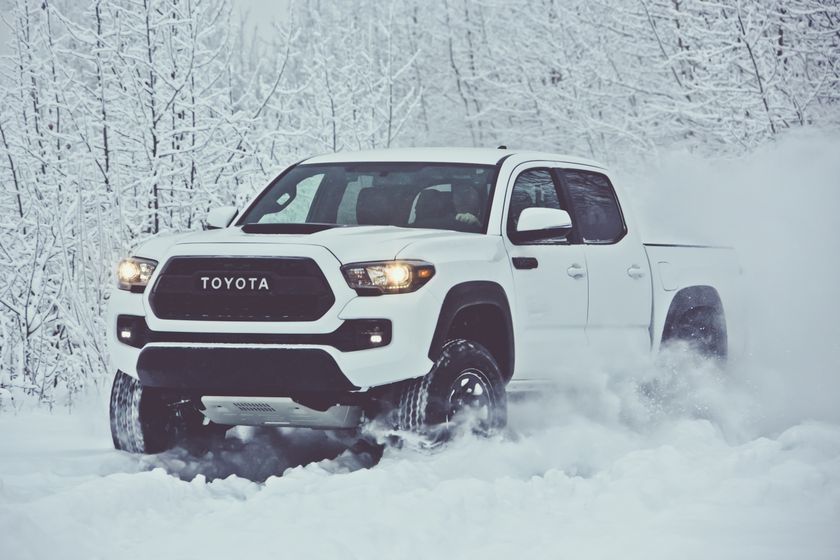 CHICAGO, Feb. 19, 2016 - Whether tackling treacherous snow-covered terrain, driving off the beaten path, or surviving extreme conditions where roads fear to tread, the adrenaline-pumping TRD Pro Series from Toyota is up for any challenge. Two years ago, the TRD Pro Series arose from Toyota’s storied off-road racing heritage, with its numerous victories in the grueling Baja off-road endurance races.  Born from this experience, the Toyota TRD Pro Series Tacoma, Tundra, and 4Runner have helped serious off-roaders go places they never dreamed possible.

This fall, the Toyota Tacoma will rejoin the 2017 model year TRD Pro family with all-new factory-installed off-road equipment designed by the experts at Toyota Racing Development (TRD) to make it even more off-road capable than before.

Aimed squarely at extreme off-roading enthusiasts who challenge themselves and their trucks and SUV’s in some of the harshest conditions, the new 2017 Tacoma TRD Pro will raise the bar on TRD Pro performance.  Courtesy of TRD, the new Tacoma TRD Pro will add an array of new performance equipment and features, making this a truly second-generation TRD Pro product, and the new benchmark for challenging off-road terrain.

Extreme Exterior for Extreme Performance
The 2017 Tacoma TRD Pro is designed to not only look tough, but to perform in the toughest off-road environment.  Based on the Tacoma TRD Off-Road 4x4 Double Cab Short Bed model in either 6-speed manual (with clutch start-cancel switch) or 6-speed automatic transmission, the new Tacoma TRD Pro will be available in three exterior colours: Cement, Barcelona Red Metallic, and Super White.  The exterior of each Tacoma TRD Pro model will also include: