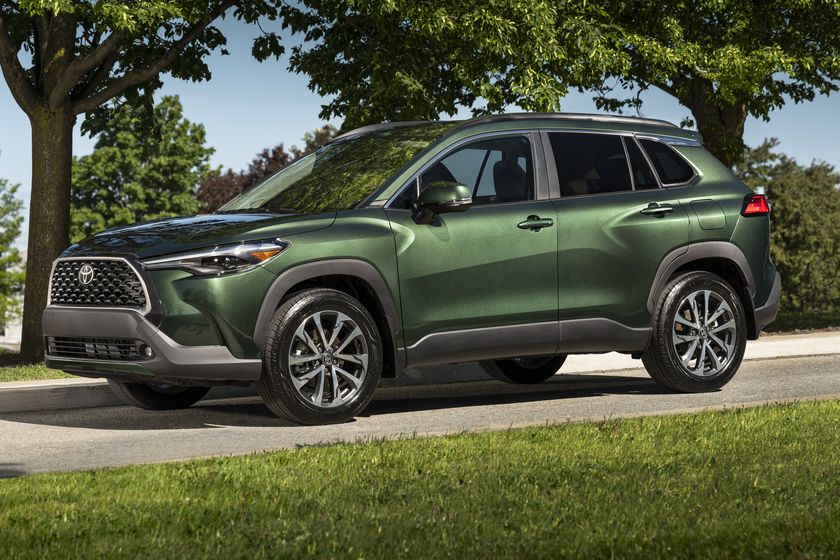 TORONTO, Ontario – June 2, 2021 – For over 50 years, Corolla has been synonymous with dependability, fuel efficiency, safety and value – and today, Toyota is evolving the series even further. Based on the ever-popular Corolla sedan, the all-new 2022 Corolla Cross, which made its North American debut today, is the bold sub-compact SUV you didn’t know you needed – until now.

“The Corolla nameplate is hugely popular in Canada and is a strong seller, year after year, with drivers across the country,” said Cyril Dimitris, Vice President, Toyota Canada Inc. “Millions of Canadians had looked to Corolla for a vehicle that’s fun to drive, easy to own, and equipped with a compelling combination of features, quality, reliability, and safety. Now, the new Corolla Cross gives them even more Corolla choice, with a blend of compact form, impressive versatility, and all-wheel-drive that's ready for year-round driving fun.”

Spread across three grades – L, LE, and XLE – the versatile design of the Corolla Cross is described as spacious, modern, powerful and high quality. From an engineering perspective, the 2022 Corolla Cross offers an approachable exterior as well as a higher line-of-sight thanks to the TNGA-C platform. Key design cues include a distinctive black grille flanked by LED lighting with black body accents – giving the entry SUV a confident stance. And from the rear, the design elements continue, with an integrated rear spoiler and LED lighting. Wheel options range from 17-inch steel on L to 18-inch alloy on XLE.

Inside, Corolla Cross’ spacious interior shares many similarities with its sedan and hatchback siblings. The all-new model can be outfitted with a power moonroof, as well as either single- or dual-zone automatic climate control, with all grades featuring standard heating and air conditioning vents for rear seat passengers.

SofTex-trimmed seating is also available, as is a 10-way power-adjustable driver’s seat with lumbar while heated front seats will be standard on all models in Canada.

In back, storage space can be maxed out thanks to the 60/40-split folding rear seats that come standard on all grades, while XLE models also include a centre armrest with two cupholders. And to make access to the roomy cargo area even more convenient, the Corolla Cross has an available power liftgate with height adjustability.

Corolla Cross will also be available with accessories that expand its capability including an activity mount for carrying items such as bicycles, and all-weather floormats.

Who says an SUV has to feel small? The Corolla Cross is equipped with the mighty 2.0L Dynamic Force engine and Direct Shift CVT from Corolla sedan’s sportier “S” grades. That means a punchy 169 horsepower and a physical first gear that provides a truly engaging driving experience, all while providing exceptional efficiency.

Additionally, every Corolla Cross is capable of towing up to 1,500 lbs.

And for those who choose AWD, Toyota’s clever Dynamic Torque Control system can direct up to 50% of power to the rear wheels when it’s needed – and disengages completely when it’s not. This feature helps Corolla Cross maintain great fuel economy estimates – another strong suit for this powertrain – with a manufacturer-estimated 7.4 L/100 km combined fuel consumption for the FWD model and a manufacturer-estimated 7.8 L/100 km combined fuel consumptionfor the AWD model.

Connected and Charged Up for the Long Drive

Inside Corolla Cross, advanced technology does not disappoint. This includes an available 7-inch Multi-Information Display with a digital instrumentation layout and an available 8-inch multimedia touchscreen. The ease of use and vast range of in-car entertainment and connected functionalities, including standard compatibility for Apple CarPlay and Android Auto, will be sure to keep passengers occupied. Mobile devices will stay topped off through available wireless charging, or through the conveniently located USB media port. LE and XLE grades offer two USB charging ports for rear seat passengers, welcoming all devices along for the drive!

The available Audio Plus multimedia with Remote Connect and a nine-speaker JBL® sound system is the perfect complement to a road trip playlist.

Blind Spot Monitor and Rear Cross-Traffic Alert come standard on LE and XLE, while Front and Rear Parking Assist with Automatic Braking is standard on XLE. And, nine airbags are mounted throughout the cabin to help protect occupants.

Corolla Cross pricing will be announced in the coming months and it will go on sale later this year.