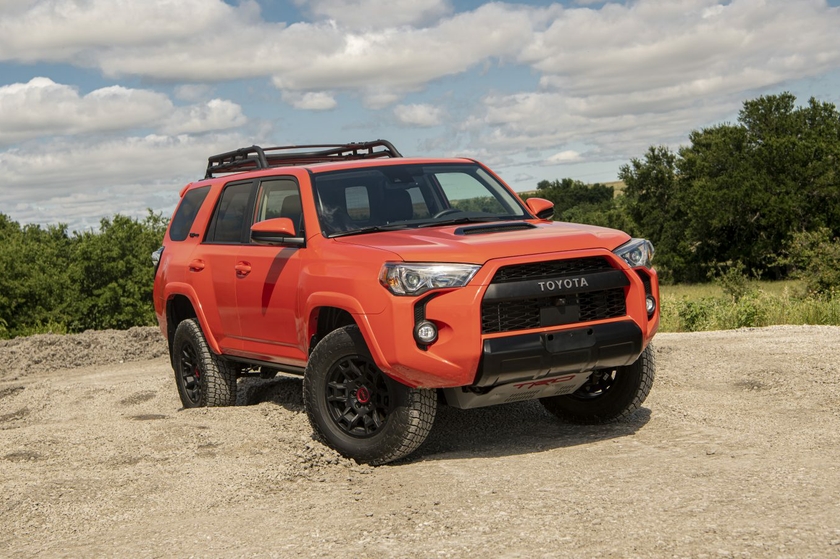 TORONTO, Ontario – August 25th, 2022 – The Toyota 4Runner is legendary for its ready-for-anything attitude and has put a lot of roads and trails in its rear-view mirror over the past 40 years. To celebrate, Toyota designers have crafted the 4Runner 40th Anniversary Special Edition. Limited to just 400 vehicles in Canada, this special model leads an all-star lineup of fully capable mid-size SUVs for 2023.

This limited production model is just one of six 4Runner grades on offer for 2023. These cover a broad range of tastes and needs in a high-capability SUV. All start with a common foundation: An authentic body-on-frame chassis featuring a four-link rear axle and coil spring suspension that overcomes punishing conditions while conferring impressive ride quality. Under the hood, a 4.0L V6 delivers 270 peak horsepower and 278 lb-ft of torque. This is mated to a five-speed ECT-i automatic transmission featuring sequential shift mode, plus either on-demand or full-time 4WD and a variety of go-anywhere handling and control technologies, depending on model.

Inside, 4Runner’s cabin is designed to carry five or seven people plus impressive amounts of adventuring gear. Versatility is built in, with 40:20:40 split folding second row seats and, on seven passenger models, a 50:50 fold flat third row seat. Stowing these opens up 2,540L (89.7 cubic feet) of cargo capacity behind the front seats, allowing 4Runner to accommodate up to 773 kg (1704 lbs.) of payload. Plus, with its integrated tow hitch receiver and wiring harness, every 4Runner is ready to tow up to 2,268 kgs (5,000 lbs.).

New for 2023, every 4Runner now offers a heated steering wheel. Other standard features include heated front seats, a 120V and two 12V outlets, the Toyota Smart Key System with Push Button Start, and Connected Services by Toyota. Models fitted with Audio Plus with Remote include Service Connect, Safety Connect, and Remote Connect, while those fitted with Premium Audio with Remote add Embedded Navigation with traffic and weather and Destination Assist Connect.

In a 4Runner, every adventure is a safer adventure thanks to an extensive package of safety technologies and systems. These include Toyota Safety Sense-P – an advanced bundle of active safety technologies and systems that support driver awareness and decision-making. Other standard safety features include the Toyota Star Safety System, the Blind Spot Monitor system with Rear Cross Traffic Alert, eight airbags, a rear occupancy alert system, a tire pressure monitoring system, and a back-up camera.

Toyota Dealers will offer the Toyota 4Runner in a half-dozen model and trim configurations, as follows:

The 2023 Toyota 4Runner TRD PRO (starting MSRP: $66,220) is a five-person, two-row model. Built on the TRD Off Road model, this fully-rugged off-roader is upgraded with 17” TRD Wheels with Nitto A/T Tires, front and rear FOX shock absorbers, and a TRD skid plate. Other upgrades include LED fog lamps, TRD Pro badging, a 15-speaker JBL Audio system with subwoofer, and a basket style roof rack. For 2023, a new Solar Octane halo colour is available.

The 2023 Toyota 4Runner is now on sale at Toyota Dealers across Canada. For complete and up to date details and specifications, visit www.toyota.ca/4Runner