A van for all seasons – and all reasons: the 2017 Toyota Sienna 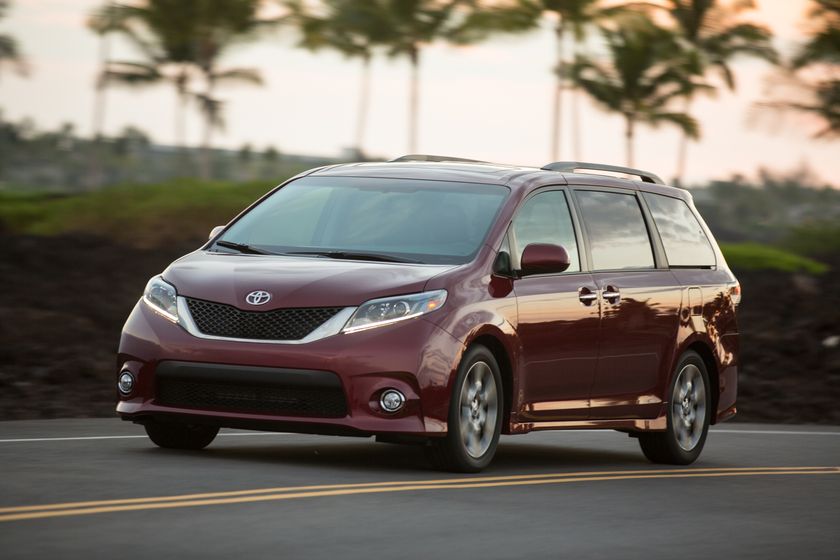 (TORONTO, ON – October 5, 2016) Whether it’s a family-sized summer road trip or the weekly routine of errands and after school activities, the Toyota Sienna does it all and makes it better – with big style and generous amenities, plus an easy-driving attitude and a new engine/transmission combination for 2017.

“The Sienna proves that a minivan can deliver huge helpings of comfort and style – making it a popular choice for Canadian families on the move, all year round, and the recipient of a 2016 Today’s Parent Approved seal from Today’s Parent magazine,” said Cyril Dimitris, Vice-President, Toyota Canada Inc. “For 2017, a new powertrain delivers more driving fun, joining an already impressive list of intuitive and convenient features and technologies.”

Bold exterior styling features plenty of windows to create a spacious, modern interior maximized by the available dual power moon roof. The Sienna is available in seven- or eight-passenger models that are easy to reconfigure for carrying people or an impressive amount of cargo.

A choice of six models includes two with the extra all-weather confidence of all-wheel-drive, while several available upgrade packages and mobility configurations allow Canadians to choose the perfect Sienna for their lifestyle.

The Toyota Sienna is available in the following models:

Safety is always standard on a Toyota, which is why every 2017 Toyota Sienna is equipped with active and passive safety features, including eight airbags, 4 ISOFIX child safety seat anchors, the Toyota Star Safety System, a back-up camera, and more. Available safety technologies include Rear Cross Traffic Alert, Blind Spot Monitor, and more.

For complete and up-to-date details and specifications on the 2017 Toyota Sienna, visit www.toyota.ca/sienna

Toyota Canada Inc. (TCI) is the exclusive Canadian distributor of Toyota, Lexus and Scion vehicles.  Toyota has sold over 5 million vehicles in Canada through a national network of 286 Toyota and Lexus dealerships.  Toyota is dedicated to bringing safety, quality, dependability and reliability in the vehicles Canadians drive and the service they receive.  TCI’s head office is located in Toronto, with regional offices in Vancouver, Calgary, Montreal and Halifax and parts distribution centres in Toronto and Vancouver.  Toyota operates two manufacturing facilities in Canada. Having produced more than seven million vehicles, popular Canadian models built at these facilities include Toyota RAV4, Toyota Corolla, Lexus RX 350 and RX 450h hybrid.