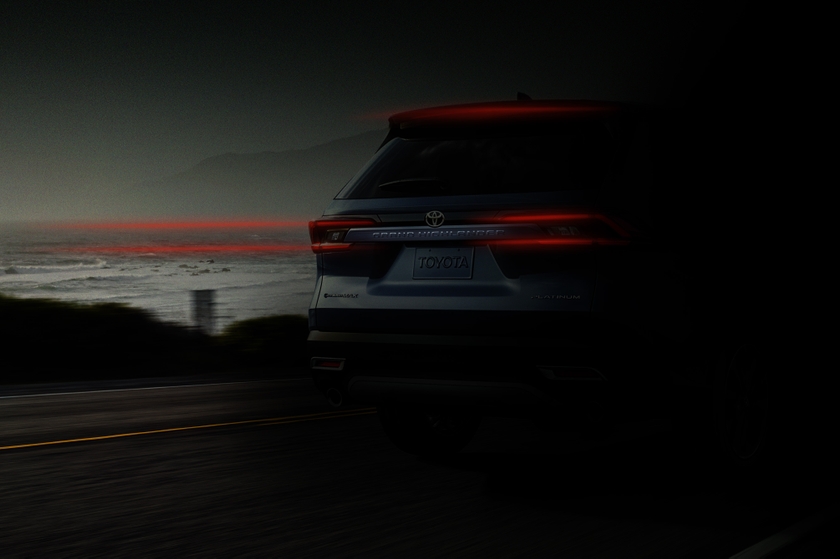 The Highlander nameplate, which was first introduced in 2001, ushered in a new chapter in SUV evolution that soon became the foundation of an entire segment. Four generations later and over 20 years of sales success, Toyota will do it again with the all-new, three-row Grand Highlander. Equipped for family adventures, the Grand Highlander will be the perfect addition to the lineup.

The World Premiere of the Grand Highlander is set for the eve of Chicago Auto Show on February 8, 2023. Stay tuned!

Toyota Canada Inc. (TCI) is the exclusive Canadian distributor of Toyota and Lexus vehicles. Toyota has sold over six million vehicles in Canada through a national network of 287 Toyota and Lexus dealerships. Toyota is dedicated to bringing safety, quality, dependability and reliability to the vehicles Canadians drive and the service they receive. TCI’s head office is in Toronto, with regional offices in Vancouver, Calgary, Montreal and Halifax, and parts distribution centres in Clarington and Vancouver. Toyota also operates two manufacturing facilities in Canada. Having produced more than nine million vehicles, popular Canadian models built at these facilities include Toyota RAV4, Toyota RAV4 Hybrid, Lexus RX 350, RX 350h, RX 500h, as well as Lexus NX 250, NX 350 and NX 350h. The company has sold more than 19 million electrified vehicles worldwide and is the number one seller of electrified vehicles in Canada.