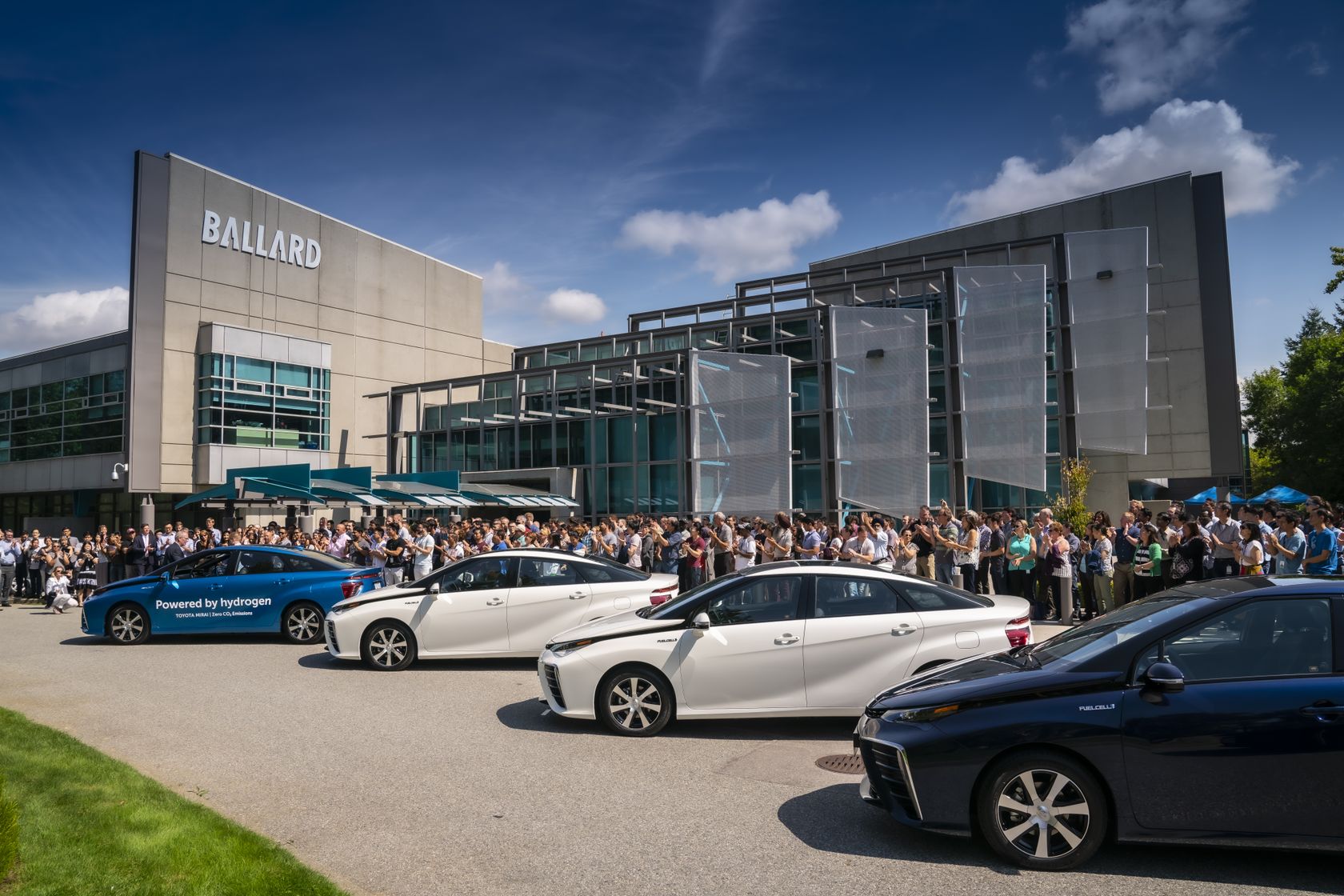 “Electrification of transportation is a global megatrend that is needed to help mitigate the impact of climate change and improve air quality,” said Randy MacEwen, President and CEO of Ballard Power Systems. “Zero-emission fuel cell electric vehicles, or FCEVs, are a key part of the electric vehicle solution that will positively change the lives of the next generation. For 40 years, Ballard has been relentlessly developing and improving fuel cell technology, so we’re extremely proud that dedicated Ballard employees have agreed to purchase B.C.’s first fleet of fuel cell electric cars.”

For decades, Canadian companies like Ballard have been playing leading roles in the development of a global hydrogen society, and the movement has recently gained momentum in British Columbia. The country’s first publicly accessible retail hydrogen station opened in Vancouver last summer, with another station poised to open in Burnaby shortly. Earlier this year, Natural Resources Canada and the B.C. government announced they are contributing a combined $3 million to build two new retail hydrogen refueling stations in the province’s Lower Mainland, and it is expected that Greater Vancouver and Victoria will have a network of six stations by 2020.

With the Mirai now available for purchase by fleet operators at 12 authorized Mirai dealerships in the Vancouver area, Toyota is the first automaker to bring hydrogen fuel cell electric vehicles (FCEVs) to Canada en masse. The company has been working with other hydrogen stakeholders across Canada to put in place the necessary fueling infrastructure, training and service to support the sale of FCEVs.

“We couldn’t think of a more appropriate partner for B.C.’s first fleet of hydrogen fuel cell electric vehicles than the team at Ballard Power Systems,” added Stephen Beatty, Vice President, Corporate at Toyota Canada Inc. “Ballard is a true global fuel cell pioneer and one of Canada’s most innovative and impactful companies, so we’re proud to add Ballard employees as Toyota customers.”

The Mirai, which means “future” in Japanese, is a zero-emission FCEV that is powered by hydrogen fuel cells, uses no gasoline and emits only water vapor from its tailpipe. With performance that competes with traditional internal combustion engines, the Mirai boasts an approximately 500km range and refuels in about five minutes. This range - and no need to wait hours for a charge - means there is no compromise required for drivers: they can drive a FCEV without changing their driving or fueling habits.

Toyota Canada Inc. (TCI) is the exclusive Canadian distributor of Toyota and Lexus vehicles. Toyota has sold over eight million vehicles in Canada through a national network of 287 Toyota and Lexus dealerships. Toyota is dedicated to bringing safety, quality, dependability and reliability to the vehicles Canadians drive and the service they receive. TCI’s head office is located in Toronto, with regional offices in Vancouver, Calgary, Montreal and Halifax, and parts distribution centers in Toronto and Vancouver. Toyota operates two manufacturing facilities in Canada. Having produced more than eight million vehicles, popular Canadian models built at these facilities include Toyota RAV4, Toyota RAV4 Hybrid, Lexus RX 350 and RX 450h hybrid. Recent investments at its facilities in Ontario will allow for increased production of the top-selling Toyota RAV4 and RAV4 Hybrid models.