Best of What’s New for 2014? The Toyota Fuel Cell Vehicle 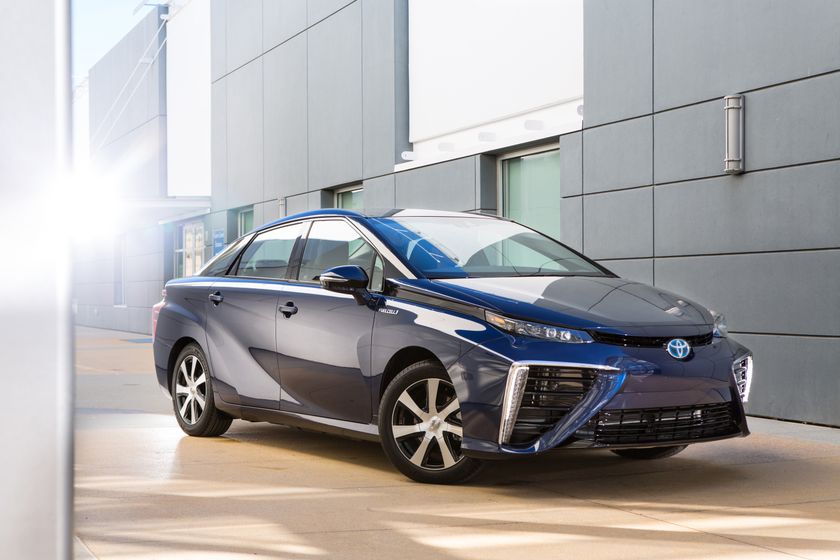 Toronto, ON, Nov 12, 2014 - Even the techies at Popular Science like the Toyota Fuel Cell Vehicle (FCV). The magazine named the sedan to a 2014 Best of What’s New winner in the auto category.

“For 27 years, Popular Science has honored the innovations that surprise and amaze us − those that make a positive impact on our world today and challenge our view of what’s possible in the future,” said Cliff Ransom, Editor-in-Chief of Popular Science. “The Best of What’s New Award is the magazine’s top honor, and the 100 winners − chosen from among thousands of entrants − each a revolution in its field.”

The Toyota FCV: Technology at a Glance

What is it? The FCV is an all-electric, four-door sedan that makes its own electricity on board.  It utilizes the same hybrid technology developed for Toyota’s hybrid synergy drive systems but replaces the gasoline engine with a fuel cell stack.

What’s the benefit? It takes less than five minutes to refuel. It has a range of 300 miles. And the only emission from the tailpipe is water vapor.

What’s next? The Toyota FCV hits the streets of California in late 2015.  Hydrogen refueling stations are popping up across the state and Toyota continues to partner with industry and government to support the continued growth of infrastructure in California and beyond.