‘Brothers’: How Brian and Robin McKeever Raced to Paralympic Gold 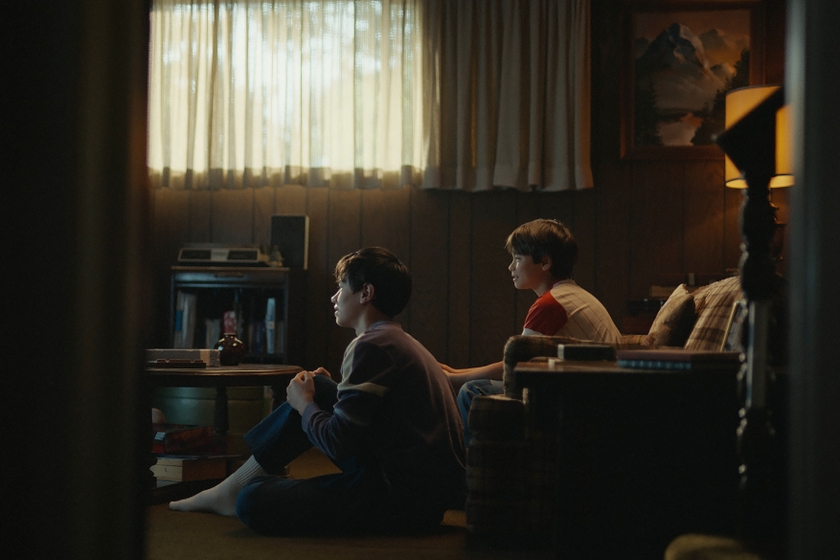 For Canadian Paralympian and Global Team Toyota Athlete Brian McKeever, a passion for cross-country skiing runs in the family. But when Brian learned he had a degenerative retinal disorder at 19 years old, he and his brother, Robin, began to chase their gold medal dreams as a team. After nine years and 10 Paralympic medals together, Brian and Robin are in the spotlight once again – this time, for Toyota’s Big Game commercial.

“To keep competing, I needed a guide,” Brian says. “At that point, there were only four or five people in the country who could have gotten the job and been an effective guide for me. One of those people was Robin.”

“We really changed the scope of vision-impaired skiing at that time,” Robin says. “But we had no idea where this was going to go in the moment. I was just focused on my training to be able to keep up with Brian.”

“Brothers” starts with Brian and Robin growing up in Calgary, Canada, where they spent most of their childhood outdoors with their father — hiking, mountain biking and, of course, cross-country skiing. In one scene capturing their outdoorsy lifestyles as children, the brothers are biking down a hill as Brian tries to chase down his older sibling. The two were fierce competitors with each other. Then, Brian started to lose his eyesight.

Brian, his father, and his aunt have Stargardt Macular Degeneration Stargardt Macular Degeneration disease — a genetic, degenerative retinal disorder that affects the central vision. Another scene from “Brothers” tries to visualize what training looks like through Brian’s eyes: the viewer feels Brian’s loss of balance as they look ahead to an outline of Robin’s back, distorted by blurs, but peripheral vision is slightly clearer. According to the Paralympian, blindness in his family is considered normal, and being able to see how his dad handled it made it easier for him to accept his diagnosis.

“As a guy who lost his eyesight at 19, it was tough for me for sure,” Brian says. “But it could have been so much tougher if I didn’t have a role model like my dad.”

As shown in “Brothers,” when Brian received his diagnosis over the phone, his understanding of the disease didn’t make the experience any less emotional. The athlete says he initially thought that as he progressively became more blind, his life was going to change drastically.

“Looking back, those things that maybe did change are just tiny barriers compared to the big picture,” Brian says. “I’m losing my eyesight, and that’s a big challenge. But the reality is, once you start to look at how to move forward, the things that seemed like a big deal at the start ended up being inconsequential.”

By 2001, Brian’s eyesight had degenerated enough that he qualified to compete as a Paralympian. At his first World Cup, the Team Toyota athlete came in second — instantly solidifying his reputation as a competitive Para Nordic skiier amongst the other racers. Brian says that two of his competitors approached him after the event to tell him that, with a guide, he probably would have won.

“It seemed odd to me at the time that another nation’s competitors would be giving me advice, but I get it now,” he says. “We want the whole sport to grow; we want the Paralympics to grow and the field to be more competitive.”

Those encounters convinced Brian to get a guide, and luckily, he knew just the one. Robin, who had qualified for the Olympic Winter Games Nagano 1998, was in a bit of a slump in his athletic career, and it didn’t look like he was going to qualify for Salt Lake 2002.

“The timing was perfect,” Robin says. “The Paralympics at that time was kind of the blessing in disguise — to go there and work with Brian was a really fun time and the start of our racing careers together.”

In 2011, Brian and Robin were inducted into the Canadian Disability Hall of Fame. The McKeevers became known for skiing extremely in sync, striding the same lengths and even favoring the same side. This synchronicity in part comes from being physically similar since, Robin jokes, the brothers do have the same parents.

“We’re as close to twins as you can be this many years apart,” Robin says. “We were within a pound of each other, which helps with the look and style. That, and I think Brian just had to get used to following what I was doing, as the younger brother.”

Though “Brothers” tells the emotional story of the McKeevers’ Paralympic journey, Brian and Robin kept up the jokes on set, poking fun at one another’s form and athleticism. The two filmed a few roller skiing scenes for the spot, bringing back the nostalgia of racing together. Things have been a little different over the years with Brian competing and Robin now coaching him and the entire Para nordic national team for Nordiq Canada.

“They’re making us work hard,” Brian says of the production crew on-set. “Usually, Robin’s standing on the side of the road these days, just hanging out, leaning on his poles. It was fun to ski with Robin again — we don’t get to do this very often. It was great.”