Share
TORONTO, ON., (March 20, 2014) — Toyota Motor Corporation announces the start of consumer trials of the “i-Road” personal mobility vehicle in the Greater Tokyo Area. The limited trials, which aim to gauge the effectiveness of the electric vehicle in everyday situations in urban areas, will run from March 24 through early June. 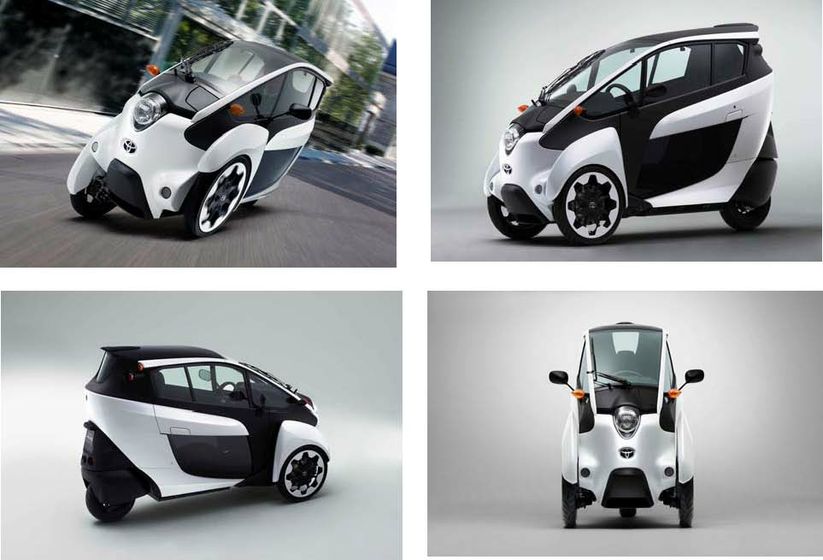 The i-Road offers a novel riding experience, combining the convenience of a motorcycle with the comfort and stability of a car. The i-Road to be used in the consumer trial in Tokyo is based on the model shown as a concept at the 43rd Tokyo Motor Show 2013, but is now available in five colors and features improved visibility, ease-of-use and maneuverability.
Toyota will provide ten vehicles to approximately 20 test participants, ranging from members of the general public to trend and industry experts. Feedback will be collected concerning driving feel, user satisfaction, ease-of-use in urban areas, and impact on destination choices.
In addition to the upcoming trial in Tokyo, the i-Road has been trialed on public roads in Toyota City since early March as part of "Ha:mo"1, Toyota's urban traffic system created to explore the possibility of realizing a low-carbon society in which mobility is enhanced by technology. Toyota will continue to conduct research into ultra-compact electric vehicles for optimal short-distance travel within urban areas.
Toyota i-Road (Used in Toyota City and Tokyo Verification Testing) Main Specifications
1An urban transport system designed to provide transport that is amenable to users, cities and society by optimally combining personal mobility vehicles with public transportation. Ha:mo was adopted as part of the Next-Generation Energy and Social Systems Demonstration conducted by the Ministry of Economy, Trade and Industry. Operational testing began in Toyota City in October 2012 as part of the activities of the Toyota City Low-Carbon Society Verification Promotion Council
2Vehicle weight without occupants or cargo
3Target distance when traveling at a fixed speed of 30 km/h
- 30 -