Discover what’s possible in a hybrid: The 2017 Toyota Prius

The flagship hybrid is sleek, sporty, and fun, with incredible efficiency and the added bonus of standard Toyota Safety Sense!
Share 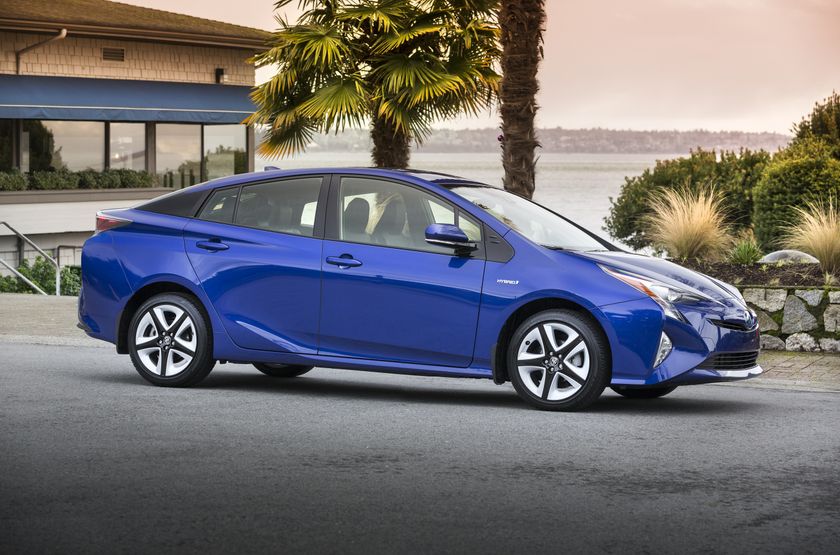 (TORONTO, ON – SEPTEMBER 19, 2016) The 2017 Toyota Prius redefines the concept of “hybrid”. Bold and sporty outside, advanced yet welcoming inside, and lively and fun on the road, the Prius shatters perceptions.

“The Toyota Prius has never had such a powerful presence – and its features and performance follow through on its strong first impressions,” said Cyril Dimitris, Vice-President, Toyota Canada Inc. “The 2017 Prius – the fourth generation of the most popular and proven hybrid vehicle on the planet – is more compelling, more comfortable, and more responsive than ever.”

For 2017, the Prius is offered in a single model with four trim levels, as follows:

The fourth generation Prius is one of the first models to be built using the Toyota New Global Architecture (TNGA). This integrated approach to vehicle development enhances dynamic driving performance and safety and influences every aspect of the Prius design.

The 2017 Prius has a sleek exterior that emphasizes its aerodynamic styling and low-slung silhouette. Bold character lines, a lowered hood and a rear spoiler give it a sports car profile, inspired by a runner in the starting blocks. Inside, the cabin features a wrap-around dash design and soft-touch surfaces, plus intuitive technologies and exceptional comfort.

Every 2017 Toyota Prius offers generous comfort, convenience, technology and safety features as standard. These include many features unique to hybrids – from the added power and efficiency of regenerative braking to four driver-selectable powertrain options (Normal, Power and ECO – plus Electric Vehicle mode for short distances) to suit any driving style and road/weather condition. Additional features include an ECO drive monitor, six-speaker Display Audio system with Bluetooth compatibility, the Smart Key System with Push Button Start, an advanced full-colour TFT gauge cluster, and more.

For complete and up-to-date details and specifications on the 2017 Toyota Prius, visit www.toyota.ca/prius