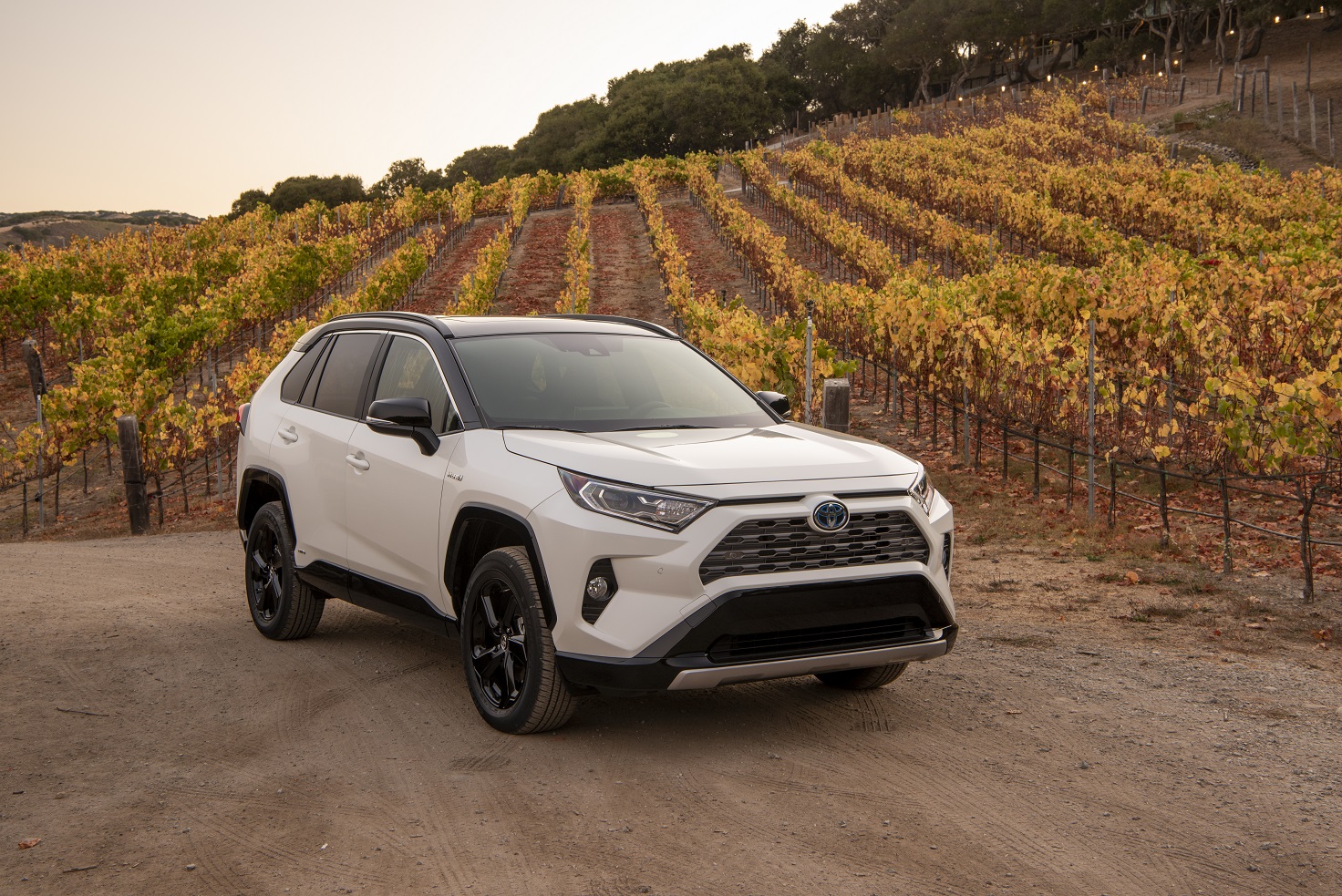 TORONTO, ON – January 18, 2019 – The first-ever Toyota RAV4 was a game-changing model when it launched – and now the 2019 Toyota RAV4 Hybrid is ready to rewrite the rules, all over again. That’s because this all-new hybrid compact SUV proves – without a doubt – that Toyota’s gasoline-electric hybrid technology results in a superior powertrain at a price that makes remarkable sense.

“As we launch this all-new, sporty and advanced RAV4 Hybrid, it’s easier than ever for Canadians to embrace the future of the automobile,” said Cyril Dimitris, Vice President, Toyota Canada Inc. “With competitive and affordable pricing on the 2019 Toyota RAV4 Hybrid line-up, we addressed any reservations that Canadian drivers may have on paying a premium for hybrid technology.”

The 2019 Toyota RAV4 Hybrid shares many features in common with the 2019 Toyota RAV4. Both are the product of the Toyota New Global Architecture (TNGA) – a tight integration of design and engineering that results in a superior platform and powertrain. All 2019 RAV4 models – regardless of powertrain – feature many advances over the previous generation models. These include fresh, bold styling, improved power, handling and stability, additional standard features including Toyota’s industry-leading safety system, and a long list of standard and available technologies.

But then the RAV4 Hybrid does more – much more. Built around the Toyota Hybrid System II – the latest iteration of the world’s most proven and popular gasoline-electric hybrid technology – the RAV4 Hybrid features a 2.5-litre Dynamic Force 4-cylinder Atkinson Cycle engine coupled to high-torque electric motor/generators and a smooth and efficient continuously variable transmission. The result is a 219-net system horsepower. What’s more, Toyota’s newest All-Wheel Drive system (AWD) increases torque to the rear wheels by 30 per cent over the previous generation’s AWD-i system – contributing to an unparalleled driving experience.

And the RAV4 Hybrid does all this with a starting MSRP that’s just $1,400 above the equivalent, conventionally-powered RAV4 model. Toyota has closed the price gap significantly: For example, the 2018 RAV4 Hybrid LE was $4,775 more than its 2018 gasoline-powered equivalent. For most drivers, it’s expected that the fuel savings alone will pay back that premium for the RAV4 Hybrid in approximately 2.2 years – and over the lifetime of the vehicle, the cost of ownership will actually be less.

The RAV4 Hybrid line-up is competitively priced when in comparison to its respective conventional gas models and is offered in a number of models and packages as follows:

The 2019 Toyota RAV4 Hybrid Limited (starting MSRP: $42,090) completes the hybrid lineup with an exquisite package of technology and luxury. Built on the XSE+Tech Package, this model features the traditionally-tuned suspension and fog lamps. Exterior styling cues include unique 18” alloy wheels, a unique front grille, chrome exterior door handles and exterior mirrors equipped with puddle lamps. The power back door has a hands-free feature for easy operation. Inside, the cabin features heated and ventilated front seats and heated rear seats, all wrapped in Softex leather, while the eight-way power adjustable driver’s seat includes a memory system linked to the exterior mirrors.

The all-new 2019 Toyota RAV4 Hybrid goes on sale this spring at Toyota Dealers across Canada. For complete and up to date details and specifications covering the entire RAV4 and RAV4 Hybrid line up, visit www.toyota.ca/rav4