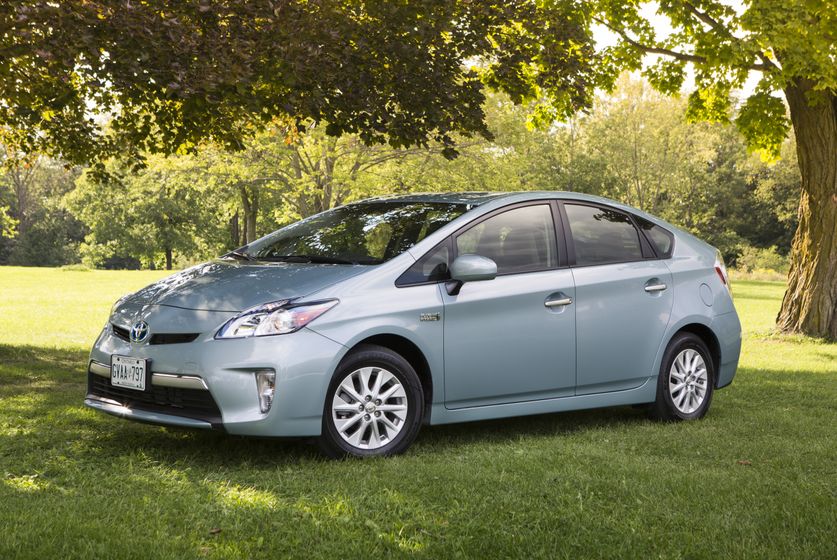 TORONTO, ON., (July 16, 2013) –  If you want to learn more about advanced technology vehicles, downtown Toronto is the place to be on July 18, when the second annual “EV Day” will be held.
Toyota Canada will have a major presence at the event, where attendees will be able to get behind the wheel of the Toyota Prius Plug-in Hybrid Vehicle (PHV), and take this unique eco-friendly car for a test ride.
“The Prius PHV’s extended electric range makes it the ideal city car,” said Sandy Di Felice, Director, External Affairs, Toyota Canada Inc. “With up to 25 kilometres of all-electric driving, the typical daily Canadian commute can be made without using a single drop of gas.”
The PHV is the first plug-in vehicle for the Toyota brand and offers the lowest starting MSRP of any plug-in hybrid in Canada. It features a powerful lithium-ion battery pack that is ready to go with a full charge within three hours when connected to a regular household outlet, or as little as 90 minutes when connected to a 220-volt dedicated socket, giving it the fastest recharging time of any plug-in vehicle on the market today.
The PHV is capable of driving on electric power alone at speeds of up to 100 kilometres per hour, and drivers can take it up to 25 kilometres in the city using electric-only mode. Most importantly, it provides drivers with peace of mind because it automatically switches to its full hybrid gasoline-electric system once the electric power is exhausted.
The event is being held at Yonge-Dundas Square with free admission for all. It will run from 9 a.m. until 6 p.m. on Thursday, July 18. For more information, visit www.evday.ca.
Toyota will also have kiosks on site, where visitors can enter the “You Could Win $10,000 Cash with Toyota” contest.
About Toyota Canada Inc.
Toyota Canada Inc. (TCI) is the exclusive Canadian distributor of Toyota, Lexus and Scion cars, SUVs and trucks. Toyota offers the most fuel efficient passenger car fleet in Canada, led by the industry’s largest selection of advanced technology vehicles such as the Toyota Prius. With a rich history of respect for the environment, Toyota Canada Inc. and its Dealerships align with like-minded organizations including Evergreen and through the Toyota Canada Foundation, Earth Day Canada, Scientists in School and the Traffic Injury Research Foundation (TIRF), to make things better where we live, work and play. TCI’s head office is in Toronto, with regional offices in Vancouver, Calgary, Montreal and Halifax and parts distribution centres in Toronto and Vancouver.
-30-