First-Ever GR Corolla Rockets to the Streets this Fall 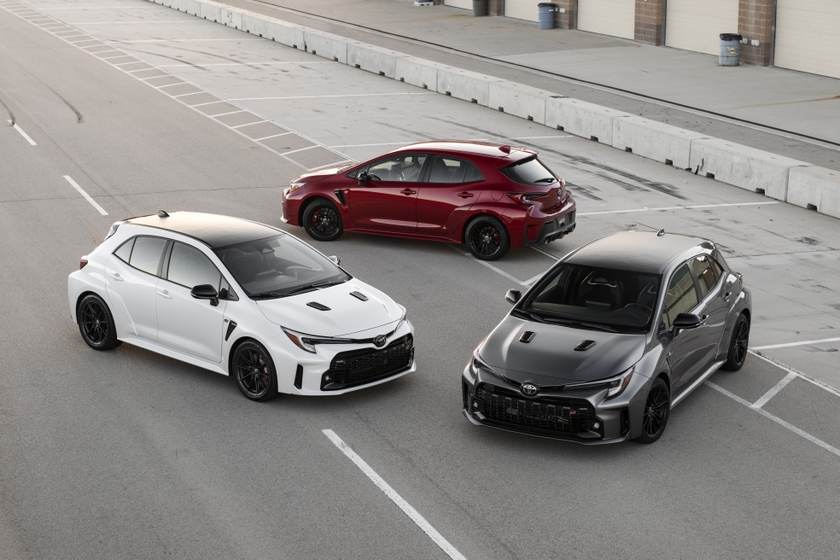 “The GR Corolla is rooted in rally. It was developed under the scrutiny of Toyota’s master driver, Akio Toyoda, and inspired by our legendary history in racing and rallying events,” said Cyril Dimitris, Vice President, Toyota Canada Inc. “With a core model plus two limited editions on offer, this hot hatch is ready to rocket to the top of driver wish lists when it debuts at Toyota Dealers this year.”

All GR Corolla models are assembled at the GR Factory – a dedicated production facility that built legends such as the Lexus LFA and Supra A80. Here, TOYOTA GAZOO Racing has assembled a team of highly skilled technicians, leveraging their expertise in high-performance motorsports engineering to build GR vehicles.

That expertise is most apparent under the hood, where GR Corolla introduces Toyota’s tuning, rally, and race fans to an all-new engine: A 1.6L Turbo three-cylinder that delivers 300 peak horsepower and 273 lb-ft of torque. This is mated to a six-speed intelligent Manual Transmission (iMT) with a short-throw shifter and moderately tuned clutch to keep drivers engaged with hands-on thrills while delivering an estimated 0-100 km/h acceleration time of less than five seconds.

This powertrain delivers its output to the GR-FOUR All-Wheel-Drive system, Toyota's first sports all-wheel-drive system in more than 20 years. Developed in collaboration with the TOYOTA GAZOO Racing World Rally Team and honed by WRC drivers, it delivers exceptional levels of traction and control with engineering designed to optimize drive power to each wheel, while remaining simple and lightweight. Drivers can quickly and seamlessly adjust the GR FOUR system to match a variety of road conditions and driving styles – deploying 60-40, 50-50, or 30-70 torque distribution to the front and rear wheels.

Toyota Canada is offering the GR Corolla in three grades:

The 2023 Toyota GR Corolla Core will arrive at Toyota Dealers across Canada this Fall. The Circuit Edition and MORIZO Edition go on sale in Spring 2023. For complete and up to date details and specifications, visit www.toyota.ca/grcorolla