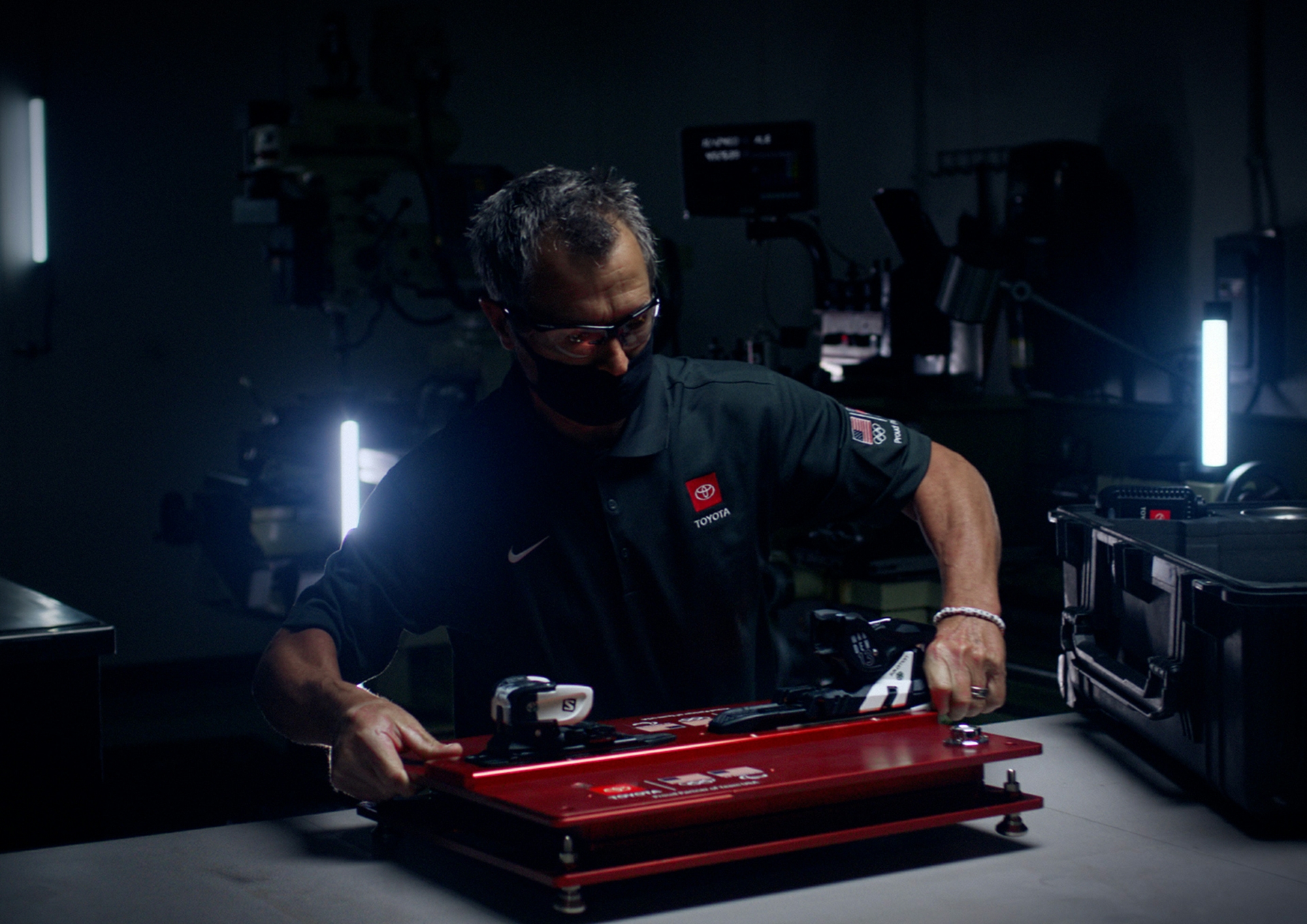 “In a quest to revolutionize mobility for the world and inspire the next generation of Paralympic athletes, we’ve teamed up with an all-star group at Toyota Racing Development for this special project,” said Lisa Materazzo, group vice president, Toyota Marketing, Toyota Motor North America. “There is no better global event than the Paralympics for Toyota to reinforce our passionate belief that everyone has the right to freedom of movement in an inclusive society and we can’t wait to see the athletes compete in the first-ever Toyota Sit-Ski.”

In celebration of the rig’s debut on the world’s biggest stage, Toyota is giving sports fans and racing enthusiasts an exclusive, behind-the-scenes look at the development of the Toyota Sit-Ski project. The new multi-episode video series, created in partnership with Media.Monks, a global creative and production partner of Toyota, can be viewed at ToyotaSitSki.com.

“It’s an exciting collaboration that Toyota, TRD USA and U.S. Paralympics Alpine Skiing have had for a few years now,” said David Wilson, group vice president and president, Toyota Racing Development USA. “It will be an incredible moment when we see the Toyota Sit-Ski come down the hill for the first time in Paralympic competition given the team’s heart and soul that has gone into this project.”

By applying lessons learned from their success on the racetrack, TRD USA has dedicated a diverse team of engineers and technicians to design a sit-ski from the bottom up. Development of the project has been ongoing with testing having first started back in the winter of late 2019. Five-time Paralympian Chris Devlin-Young lended his expertise to both TRD USA and U.S. Paralympics Alpine Skiing in testing out the sit-ski to provide feedback along the way. Project focus areas include the suspension system, seating position/fit, and mechanical changes based on the disciplines within para alpine skiing.

About Toyota’s Paralympic and Olympic Partnerships

In 2015, Toyota became the official worldwide mobility partner of the International Olympic Committee and the International Paralympic Committee. Toyota believes that mobility goes far beyond cars. Their vision is to reduce barriers and build a more inclusive society, and this philosophy is the basis for the company’s transformation from a car company to a mobility company; when you are free to move, anything is possible. Toyota Canada also became the official mobility partner of the Canadian Olympic and Paralympic Committees in 2015, and the company’s commitment to sport and mobility extends to National Sports Organizations, including Canada Snowboard, Canada Soccer, Freestyle Canada, Wheelchair Basketball Canada and Canada Basketball. 15 Canadian athletes also represent Team Toyota.