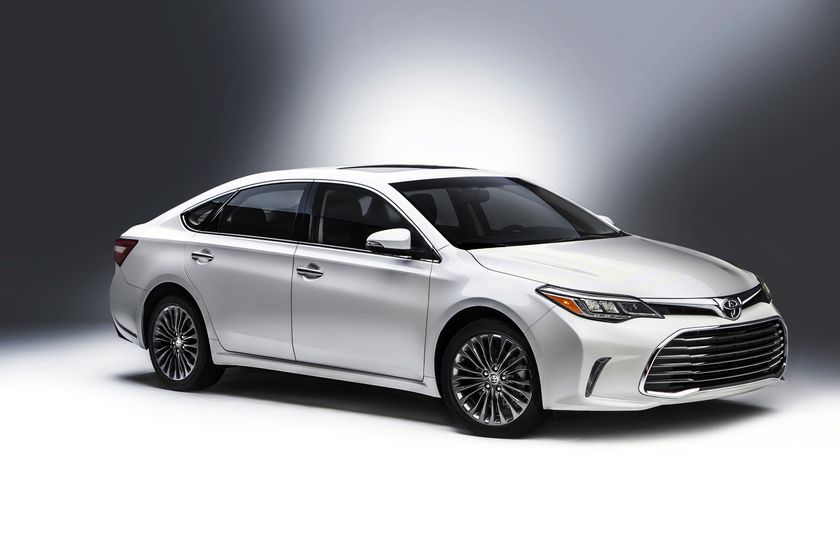 (CHICAGO, IL – February 12, 2015) The refreshed Toyota Avalon and sporty Camry Special Edition made their world debuts at the 2015 Chicago Auto Show. Both vehicles are 2016 models and will go on sale later this year.

Unveiled as all-new in 2012, the fourth-generation Avalon was the first vehicle to meet Toyota President Akio Toyoda’s challenge to create cars that spark people’s emotions. Toyota mixed its legendary Quality, Durability and Reliability (QDR) with a strong dose of emotion through fresh new styling, improved performance, and high-tech features.

The refreshed 2016 Avalon adds even more refinement with an array of styling enhancements. New features include:

When redesigning the Camry for 2015, Toyota went bumper to bumper and floor to roof, changing or re-engineering nearly 2,000 parts. Only the roof remained unchanged, and it capped off the boldest Camry ever. Now, only one year after this major redesign, North America’s best-selling car will offer the 2016 Camry Special Edition for owner’s looking for an extra dose of both aggressiveness and technology. Based on the youthful Camry SE, the limited production Camry will add sporty interior and exterior features. In addition to features found on the Camry SE, standard equipment on the Special Edition will include: