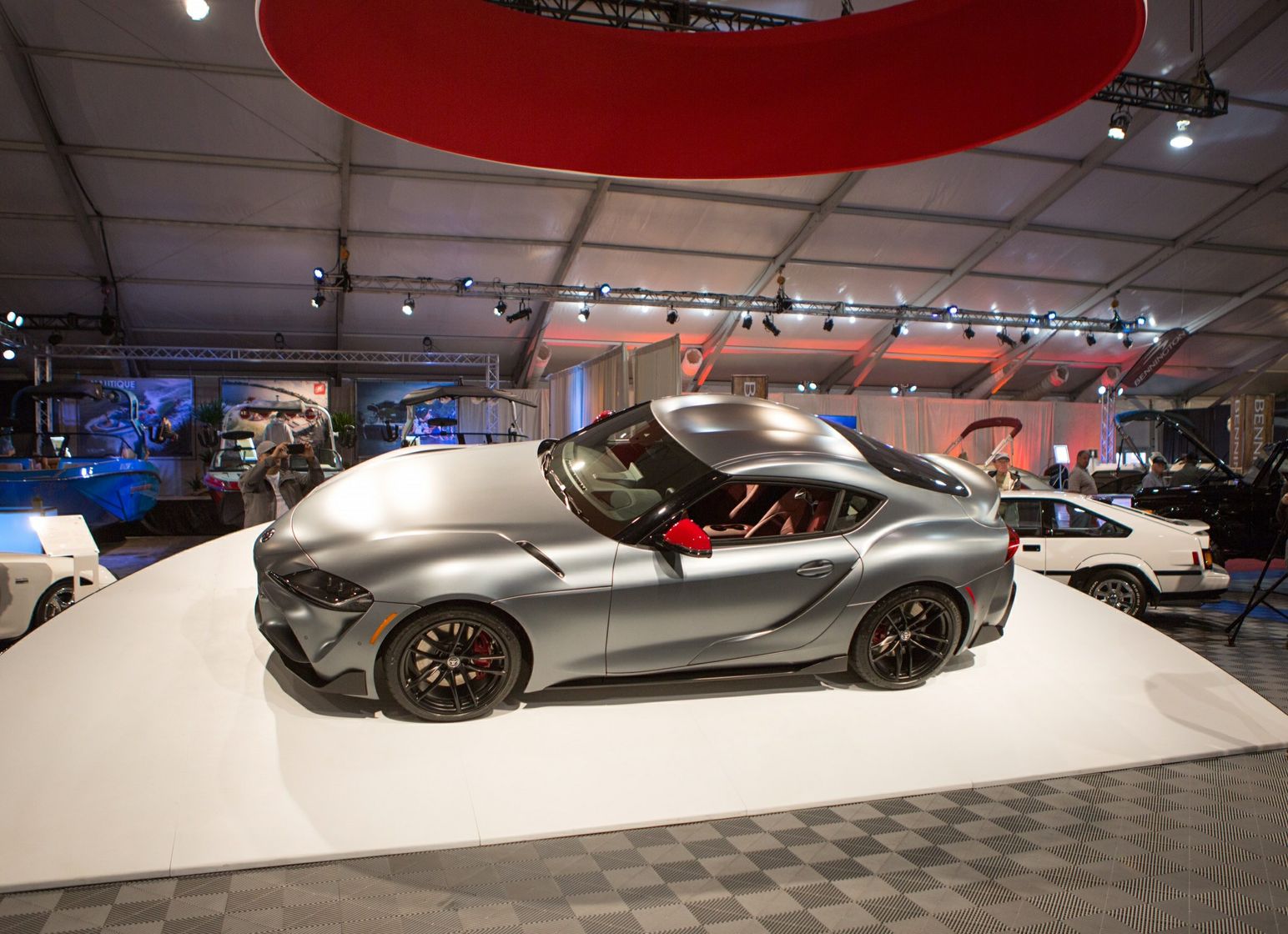 TORONTO, ON – JANUARY 22, 2019 – The first production 2020 Toyota GR Supra to roll off the assembly line, “Global #1,” was auctioned for charity on Saturday, January 19, for $2.1 million US at the 48th Annual Barrett-Jackson Auction at WestWorld of Scottsdale, Arizona. All proceeds of the fifth-generation GR Supra, which made its world debut on January 14, 2019 during the 2019 North American International Auto Show in Detroit, went to support the American Heart Association(AHA) and the Bob Woodruff Foundation (BWF).

“We did the first production 2020 GR Supra justice tonight at Barrett-Jackson,” said Bob Carter, executive vice president of sales, Toyota Motor North America. “When Toyota launches a vehicle of this caliber, you only get one chance to do it right – and this auction was the perfect setting. After 20 years, this marks the return of a legend. Sportscar enthusiasts have been dreaming to slide behind the wheel of an all-new Supra – and we’re happy to be a part of turning that dream into a reality.”

A build unlike any other in the world, “Global #1” is the only VIN that will end in 20201 – with “2020” representing the year the Supra was reintroduced to the world and “1” marking it as the first vehicle to roll off the production line. The exterior is factory-finished with a matte gray exterior, red mirror caps and matte black wheels. Inside, this Supra is just as unique, with a red interior and carbon-fiber inserts.

“It was an honor to have Bob Carter and the rest of the Toyota team join us on the block for the historic sale of the first production 2020 Toyota Supra,” said Craig Jackson, chairman and CEO of Barrett-Jackson. “The incredible excitement of the Supra rolling across the block was felt by everyone in the arena. This was a moment that was 20 years in the making. More importantly, we’re thrilled to have joined with Toyota in their efforts to raise funds in the fight against heart disease and stroke."

The sale of the Supra supports the American Heart Association (AHA), the oldest and largest voluntary organization in the USA, dedicated to fighting heart disease and stroke, and the Bob Woodruff Foundation (BWF), which finds, funds and shape programs benefitting post-9/11 impacted veterans and their families.