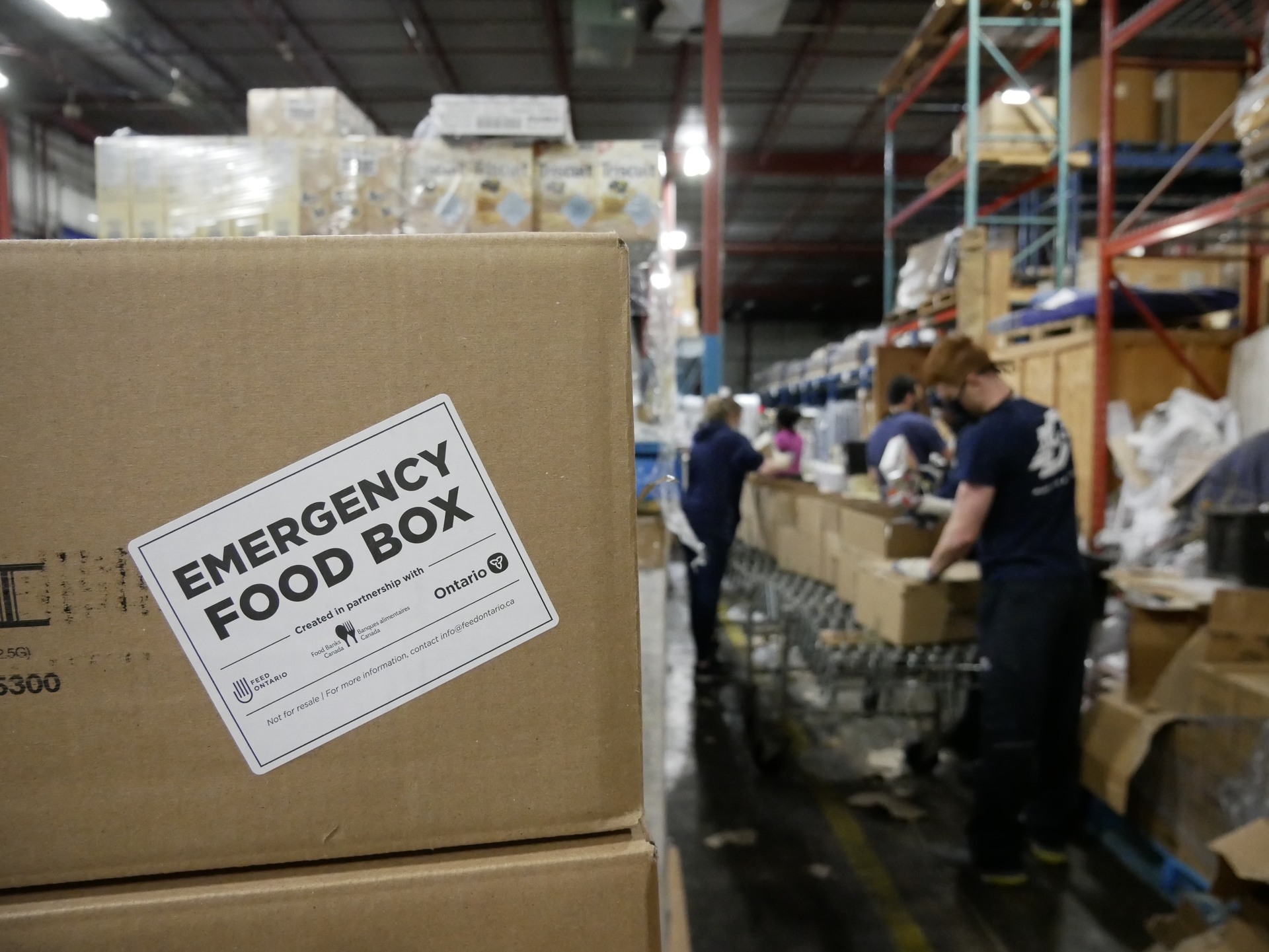 Toronto, May 6, 2020 – It’s estimated that, even in prosperous times, upwards of one million Canadians rely on food banks every month. Today, due to the COVID-19 pandemic and the resulting economic fallout, food banks are facing unprecedented demand.

But local businesses have been stepping up to help their communities. In one recent example, 52 Toyota dealers from across Ontario joined together to donate $262,000 to food banks across the province, including a corporate match from Toyota Canada.

Part of the donation – involving 27 Toyota dealers – was a $119,000 contribution to Feed Ontario, an organization representing more than 1,200 food banks and hunger-relief organizations throughout the province. The donation will help Feed Ontario provide pre-packed emergency food boxes with a week’s worth of food to food banks across Ontario.

“We are so grateful to Ontario Toyota Dealers and Toyota Canada for their generous donation,” said Carolyn Stewart, Executive Director at Feed Ontario. “Their support will go a long way in helping us meet our goal to ensure everyone in our province has access to enough food to stay home safely during these uncertain times."

“This is a difficult time for everyone and COVID-19 has obviously affected our businesses,” said John Heffner, President of Heffner Toyota in Kitchener, one of 27 dealers who contributed to Feed Ontario. “But our communities need our support and giving to the food banks is an excellent way to do that.”

For other Toyota dealers, finding ways to help was a natural choice. “We’ve been large community supporters for many years,” noted John Attrell, President of Attrell Toyota in Brampton. “Giving is the right answer – not just today because of COVID-19 but on a regularly basis, because there are people in our community who need help.”

In addition to the Feed Ontario donation, 25 other Toyota dealers, with a match from Toyota Canada, contributed a combined $143,000 directly to food banks in their communities.

“The Sudbury community has supported our business over the past 30 years so, of course we’re going to support the community at times like this,“ said Chris Laking, President of Laking Toyota. “The local food bank is such an important part of our community – especially right now. We don’t want to leave anyone hungry.”

Toyota Canada recently announced a donation matching program encouraging its dealers to determine how best to support their local communities during this difficult time. The company has committed up to a million dollars to the program, and the vast majority of funds donated to date have gone to food security programs across the country.

“Ontario’s food banks help feed more than half a million people in our province each year and, during the current health crisis, the need to support their efforts is greater than ever,” said Dave Nichols, Central Zone Manager, Toyota Canada Inc. “As an organization with dealer partners in so many Ontario communities, we’re grateful that we can help.”