Get even more RAV4 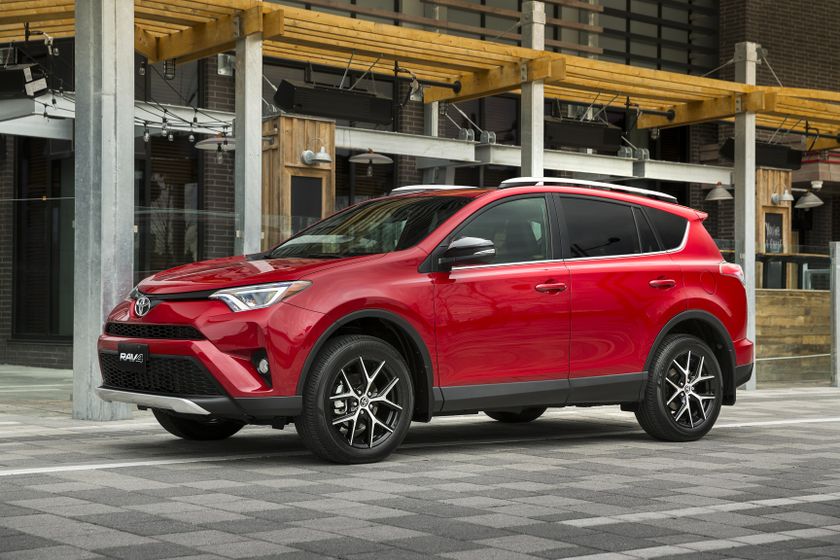 (TORONTO, ON – November 15, 2016) The Toyota RAV4 is Canada’s choice for fun – and with good reason. These compact crossovers combine spirited performance and impressive versatility to carry family, friends and gear – plus innovative technologies and plenty of comfort and safety features.

“Canadians love the Toyota RAV4 – it’s one of our best-selling models. And for 2017, we give Canadians even more to love, with more standard features including additional safety technologies, plus new model/grade packages,” said Cyril Dimitris, Vice-President, Toyota Canada Inc. “With a choice of front wheel drive, all-wheel drive and hybrid-powered models, there’s never been a better time to find out what thousands of Canadian drivers already know: the Toyota RAV4 is your perfect partner in play.”

There are several upgrades for 2017, including:

With room for five adults or up to 2 cubic meters (73 cubic feet) of cargo capacity (depending on model), there’s plenty of room for everyone and everything in the RAV4 – and the 60/40 split folding and reclining second row seating makes it easy to configure the RAV4 for any adventure.

The 2017 Toyota RAV4 is offered in a range of models and grades:

The 2017 Toyota RAV4 Hybrid is also offered in a range of models and grades:

Safety is always standard on a Toyota, so every 2017 RAV4 and RAV4 Hybrid is equipped with active and passive safety features, including eight airbags, a back-up camera, the Toyota Star Safety System, and more. Hybrid models are equipped with the Vehicle Proximity Notification System. Additional safety technologies available on some models include the Bird’s Eye View monitoring system, Blind Spot Monitoring with Rear Cross Traffic Alert, and more.