Honed For The Track – At Home On The Streets: The 2022 Toyota GR Supra 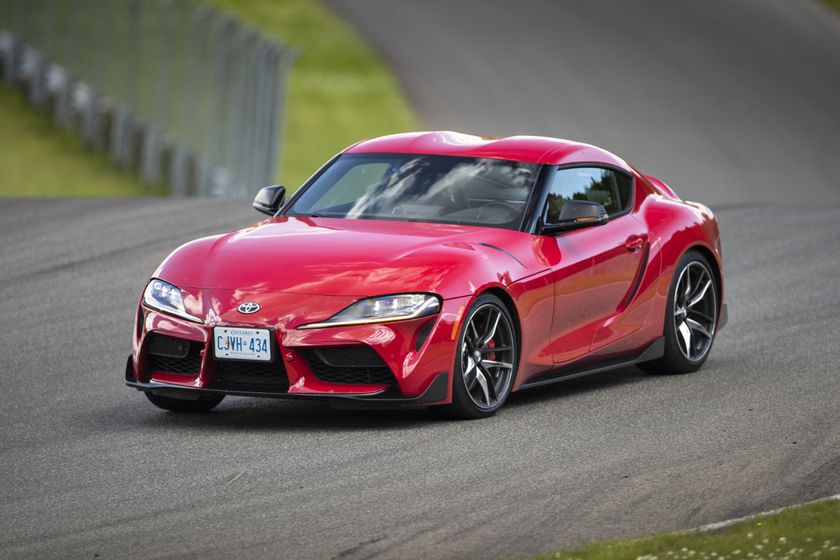 TORONTO, ONTARIO – August 2, 2021 – Inject some rocket fuel into your life, with the 2022 Toyota GR Supra –available in two track-ready editions that push performance and style to the red line.

The GR Supra is a dream come true for driving enthusiasts,” said Cyril Dimitris, Vice President, Toyota Canada Inc. “From the curb outside your bank, to the banked curves on the track, the GR Supra is an exhilarating sports car to view, to own, and to drive.”

With its engine mounted low and close to the centre of the vehicle, the GR Supra enjoys optimalfront:rear weight distribution. This is combined with a short wheelbase, wide track, low centre of gravity, and a highly rigid body for exceptional cornering and precision handling. Active control features include vehicle stability control, traction control, ABS, high-start assist control, and brake assist.

Driving excitement starts even before the engine is fired up, as the GR Supra sports impressive style that immediately conveys its capabilities. Styling features scream performance, even as they help the GR Supra live up to its promise. The wide grille is flanked by large air intakes that channel air directly to the turbocharged engine. The “double-bubble” cabin roof pays homage to the design of the famed Toyota 2000 GT even as it reduces drag without sacrificing headroom. Six-lens LED headlights integrate both daytime running lamps and turn signals to create a distinctive lighting signature, while the auto levelling headlamp system keeps the light aimed where it’s needed during spirited driving. LED taillights and a sport exhaust put the finishing touch on the body styling.

Inside, the driver-focussed cabin channels the feel of a single-seat racing car, while creating an open, roomy feel for whoever is lucky enough to be along for the ride. The heated seats feature integrated head restraints and adjustable side bolsters while the centre console is fitted with kneepads for extra support when leaning into corners. Other interior features include dual-zone auto climate control, leather wrapped steering wheel, an auto-dimming rear view mirror, carbon fibre interior trim, and aluminum scuff plates.

Safety is always built into a Toyota, which is why the GR Supra features eight airbags, automatic high beams, a backup camera, a pre-collision system with pedestrian detection, road sign assist, lane departure warning with steering assist, blind spot monitoring with rear cross traffic alert, a tire pressure monitoring system, rain-sensing wipers, and other safety systems to help keep everyone safe – driver, passenger, and other users of the road.

The GR Supra is offered as follows:

The 2022 Toyota GR Supra is now on sale at Toyota Dealers across Canada. For complete and up to date details and specifications, visit www.toyota.ca/supra.