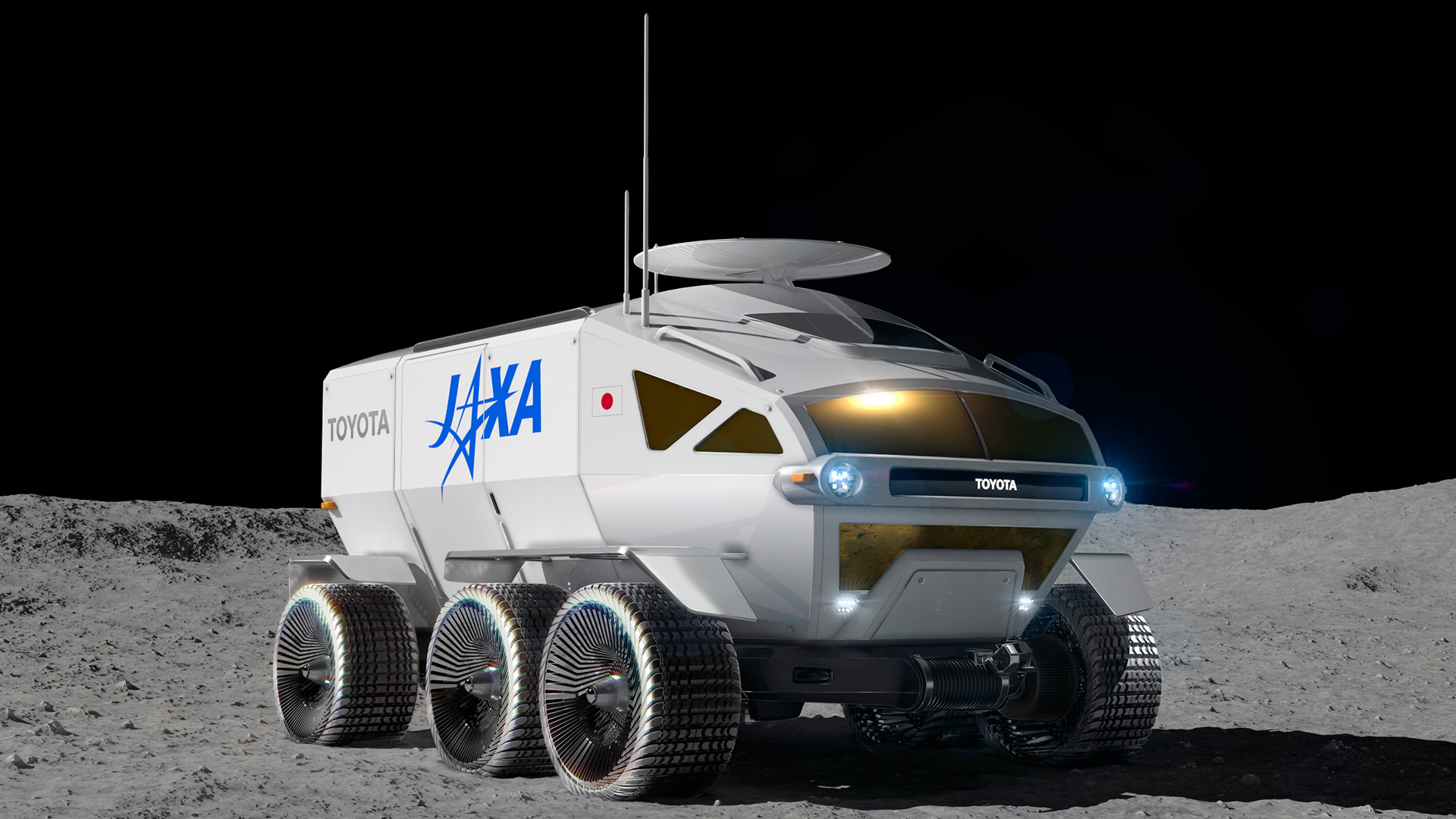 Tokyo, Japan, July 16, 2019―The Japan Aerospace Exploration Agency (JAXA) and Toyota Motor Corporation (Toyota) announce today that they have signed a three-year joint research agreement running from fiscal year 2019 to fiscal year 2021. On March 12, 2019, the two parties announced their agreement to consider collaboration on joint research into a manned, pressurized lunar rover that uses fuel cell electric vehicle technologies. Over the course of the three-year joint research period, JAXA and Toyota will manufacture, test, and evaluate prototypes, with the goal of developing a manned, pressurized lunar rover and exploring the surface of the moon as part of an international project.

Details of the Joint Research

Joint research period: from June 20, 2019 to the end of fiscal year 2021. An overview of the research to be carried out in each fiscal year is provided below:

Reference 1
JAXA intends to acquire data related to driving technologies in order to develop a manned, pressurized lunar rover. The rover will be used for missions to explore the moon’s polar regions, with the aim both of investigating the possibility of using the moon’s resources—such as frozen water—and of acquiring technologies that enable exploration of the surfaces of massive heavenly bodies.

Reference 2
On July 1, 2019, Toyota established a dedicated Lunar Exploration Mobility Works; Toyota plans to expand the department’s workforce to approximately 30 members by the end of the year.

Reference 3:
Tentative plan aiming to launch the lunar rover in 2029