Launching exclusively in Quebec in response to Quebecers’ leadership in the adoption of hybrid and electric cars, the 2017 Toyota Prius Prime goes on sale June 1 at a price that’s sure to please 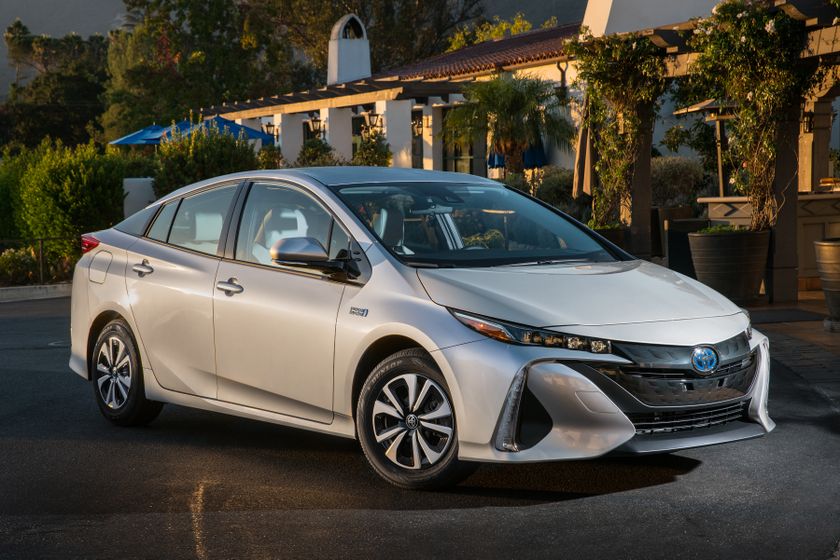 MONTREAL, QC – May 16, 2017 – Quebecers drive more than half of all plug-in vehicles in Canada and Toyota will offer them the country’s exclusive first opportunity to own the 2017 Toyota Prius Prime. The latest edition to the Toyota family – smartly priced starting at $32,990 National MSRP ($35,204 all-in Quebec price before the $4,000 Québec provincial rebate) - is coming to Quebec dealers as of June 1, 2017. Recently crowned the World Green Car at the 2017 New York International Auto Show, the Prius Prime is officially the most fuel efficient plug-in hybrid vehicle on the road and offers a total package of great value in its two well-equipped models.

“The Prius Prime is the all-new plug-in hybrid that goes the distance – offering futuristic style, advanced technology, and an ultra-efficient power train that lets drivers travel more than 1,000 kilometres on a single tank of gas with a full battery charge.” said Cyril Dimitris, Vice President, Toyota Canada Inc. “The Prius Prime does all this, and more, with absolutely no sacrifices to style, comfort or amenities – as drivers will soon discover.”

“Plug-in electric vehicle sales were up 60% in Quebec in 2016, more than anywhere else in Canada,” noted Jocelyn Daneau, zone manager for Québec. “Quebecers were the first to embrace these types of cars and demand just keeps growing. So, it was only natural for Toyota to launch the 2017 Prius Prime - our most fuel-efficient hybrid to date -exclusively in Quebec.”

According to Natural Resources Canada, this makes the 2017 Toyota Prius Prime, with a 1.8Le/100 km Combined City/Hwy EV Mode Fuel Efficiency, the most fuel-efficient plug-in hybrid vehicle in the country. Having trouble imagining it? The Prius Prime can take you from Quebec City, to Gatineau and back, on a single tank!*

The Prius Prime has a combined range of more than 1,035 kilometres, and can also travel more than 40 kilometres in pure electric mode, making it possible for drivers to do most of their daily in-town driving without using a drop of gas.  And they can relax knowing that even if they run out of electric charge, Prius Prime’s ultra-efficient gasoline-electric hybrid system will get them to their destination, every time.

The Prius Prime will be available in two models:

For complete and up-to-date details and specifications, visit www.toyota.ca/priusprime.

*Actual results will vary based on driving habits and other factors.