With an extensive list of standard features, this fully-loaded sports coupe is priced at $64,990 – less than comparable models
Share 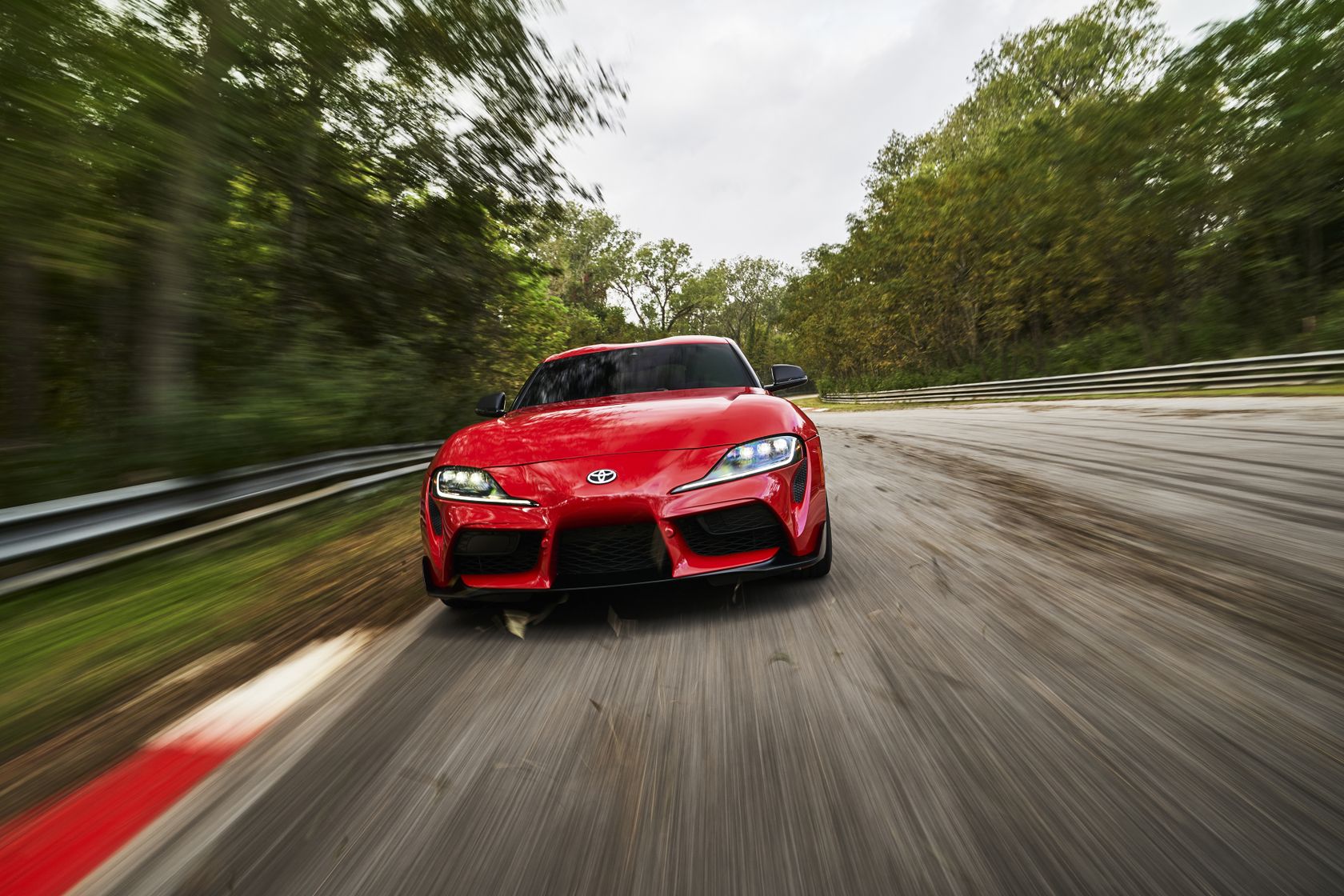 TORONTO, ON – FEBRUARY 28, 2019 – Drive the legend, reborn – for less than you’d expect. The Toyota Supra returns to Canadian showrooms for the first time in more than 20 years, as the fully-loaded 2020 Toyota GR Supra prepares to turn heads and bust records on Track Days this year, at a MSRP of just $64,990, fully-loaded.

“This is the classic Toyota sports car that racing enthusiasts have demanded – equally at home on the track as it is on the open road or the city street, aggressively styled to convey its authentic performance credentials, and loaded with features and amenities that will remind every Supra owner just how much fun driving can be,” said Cyril Dimitris, Vice-President, Toyota Canada Inc.

The 2020 Toyota GR Supra is an iconic marque from Toyota’s history, brought forward into the future. This two-seater sports coupe is the first Toyota to earn the “GR” badge in North America – signifying that it has been track tested and fine-tuned by GAZOO Racing, Toyota’s in-house motorsports team, which counts Toyota’s global president, Akio Toyoda, amongst its drivers.

The GR is well-earned, with a lightweight, rigid, and balanced body wrapped around a high-performance powertrain. With a low centre of gravity, and 335 horsepower plus 365 lb-ft of torque delivered to the rear wheels, the Supra is ready to put all challengers in the rear-view mirror. It starts with a 3.0L inline 6 gas engine, enhanced with direct injection, variable valve timing, a twin scroll turbocharger.

This powerful yet efficient engine is mated to an eight-speed automatic that delivers lighting-quick up- and down-shifts, enhanced with steering wheel-mounted paddle shifters for manual control. Short ratios for the lower gears and a Launch Control function enable powerful acceleration and maximum traction, with an estimated 0-96 km/h time of just 4.1 seconds.

A limited slip active differential on the rear axle uses an electric motor and multi-plate clutches to minimize understeer and oversteer, as well as controlling lateral torque when cornering – even when accelerating or braking – to enable greater momentum and control through turns.

But performance is just the start of the package: The 2020 GR Supra offers much more, in a fully-loaded configuration.

The 2020 GR Supra embodies its rich lineage at first glance, with a design that echoes that of the previous, fourth-generation Supra (1993-2002), the landmark 1967 Toyota 2000 GT, and the 2014 Toyota FT-1 Concept vehicle. A stretched hood highlights the engine while a taut but spacious two-seat cabin accentuates Supra’s ultra-wide stance. The prominent central front grille is flanked by large air intakes to aid with brake cooling. A double-bubble cabin roof design pays tribute to the Toyota 2000 GT even as it reduces drag. And an integrated rear spoiler helps suppress aerodynamic lift. The Supra’s curbside presence is punctuated by six-lens LED headlamps that integrate both daytime running lights and turn signal functions and rear combination lamps that blend the turn, tail and stop functions into a distinctive main ring shape.

The 2020 Toyota GR Supra goes on sale this summer at Toyota Dealers across Canada. For complete and up to date details and specifications, visit www.toyota.ca/supra