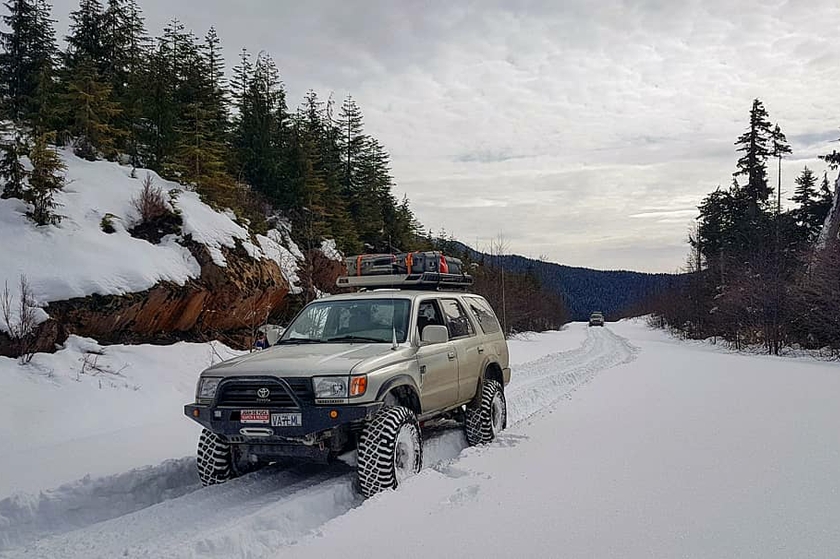 TORONTO, Ontario – March 2, 2022 - After some unexpected snowfall on Vancouver Island in December, more than a hundred Toyota 4x4 drivers and enthusiasts embraced the spirit of the season by using their vehicles to drive health care workers and other essential staff to their jobs at area hospitals.

“As a community of Toyota 4x4 enthusiasts, driving in the snow is no challenge for us, so when the Vancouver Island Health Authority reached out for support, our members were happy to lend a helping hand,” said Shelby Newcombe, one of the administrators of the “Vancouver Island 4x4 & VIHA Staff Transportation” group on Facebook. “During the two-week snowstorm, we were proud to provide more than 1,000 rides to health care and essential workers.”

Snow is a rare occurrence on Vancouver Island and many residents, including the community’s health care and essential workers weren’t comfortable driving in it. Cue the members of the Toyota 4x4 Facebook community, who welcomed the chance to drive during a classic Canadian winter storm – especially for a good cause.

The Facebook group for 4x4 enthusiasts on Vancouver Island was established in 2015 under the name “V.I. Toyota 4x4” and, the community has since grown to over 3,600 members.

The group describes itself as “an amazing mix of driving enthusiasts” who support each other in finding parts, providing advice, offering rescues when someone’s stuck in the bush, and joining together for “group runs”.

Offering free rides to health care workers grew out of that sense of mutual support.

“I contacted the Vancouver Island Health Authority directly several years ago to provide phone numbers for myself and a few others in the group who were interested in helping,” Shelby explained – adding that the volume of requests skyrocketed so quickly that a dedicated group had to be set up.

Needless to say, the folks at Toyota Canada noticed.

“When we heard about this volunteer group, we were so impressed that our customers were pitching in and using their Toyota trucks to help their communities,” said Alec Markin, Pacific Zone Manager at Toyota Canada. “It makes us proud and thankful to see our customers use their 4x4s to safely get our essential workers where they need to be.”

As a small token of their appreciation, Toyota Canada is working with the group admins to provide each of the drivers with gas gift cards - and a ‘Toyota’ toque to keep them warm during the next storm.