Presenting a bold new dynamic design language, the TOYOTA C-HR Concept makes its world debut at the 2014 Paris Motor Show. Using a hybrid powerplant, this crossover gives a first hint of a type of vehicle that Toyota would like to bring to the C-segment market.
Share

TORONTO, ON., (September 22, 2014) - The TOYOTA C-HR Concept introduces an expressive new, diamond architecture styling theme to the segment. Below a compact, sensual cabin profile, the lower bodywork has been sculpted to represent the facetted surfaces of a highly-durable, precision-cut gemstone. 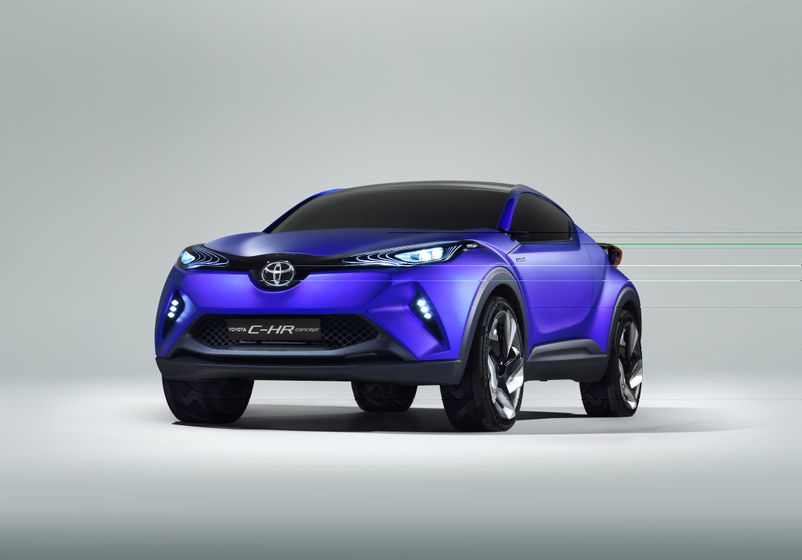 The front of the TOYOTA C-HR Concept is not only a further development of Toyota's Under Priority and Keen Look design identity, but also introduces new styling themes which hint at a future design direction for Toyota vehicles.

From the side, the highly-facetted lower body, muscular wheel arches and aggressively angular rear shoulder are juxtaposed with an exceptionally sleek cabin profile.

Toyota Canada Inc. (TCI) is the exclusive Canadian distributor of Toyota, Lexus and Scion vehicles.  Incorporated in 1964, Toyota has sold more than 4 million vehicles in Canada through a national network of 286 Toyota, Lexus and Scion dealerships.  Toyota is dedicated to bringing safety, quality, dependability and reliability in the vehicles Canadians drive and the service they receive.  TCI’s head office is located in Toronto, with regional offices in Vancouver, Calgary, Montreal and Halifax and parts distribution centres in Toronto and Vancouver.  Toyota operates two manufacturing facilities in Canada which build popular Canadian vehicles: Toyota RAV4, Toyota Corolla, Lexus RX 350 and RX 450h hybrid.