Own the Off-road: Introducing the 2017 Toyota 4Runner TRD Pro 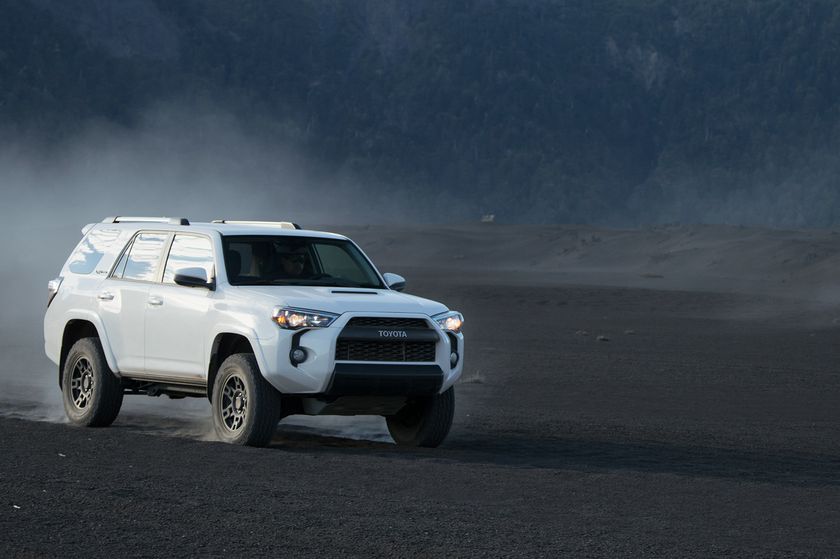 (TORONTO, ON – October 20, 2016) Pavement? Who needs pavement? The Toyota 4Runner TRD Pro screams, “Bring on the trail!” Offered for the first time in Canada, the 4Runner TRD Pro headlines the 4Runner line-up for the 2017 model year, which also includes a new TRD OFF-ROAD package.

“The 4Runner is an authentic, body-on-frame SUV that already has a solid and well-deserved global reputation as a truck that can tackle just about any terrain on the planet – and with the enhancements included on the TRD Pro edition, it’s ready to conquer the rest,” said Cyril Dimitris, Vice President, Toyota Canada Inc. “We’re pleased to offer Canadians this true off-road warrior as part of our expanded TRD Pro series, which also includes the Tundra and Tacoma pick-up trucks. The 2017 4Runner TRD Pro combines rugged performance upgrades with styling to match its awesome capabilities.”

The 2017 4Runner is already an impressive machine – and the engineers at Toyota Racing Development (TRD) have added a long list of ground-pounding features to the TRD Pro model.

Like all 2017 Toyota 4Runner models, the 4Runner TRD Pro is built around a powerful and proven 4.0L V6 engine that generates up to 270 horsepower and up to 278 lb-ft of torque. This is mated to a five-speed automatic super electronically controlled transmission with lock-up torque converter and transmission cooler. 4Runner has a 2,268 kg (5,000 lb) towing rating, and is standard equipped with a hitch plus 4-pin and 7-pin trailer wiring harnesses.

The 2017 4Runner is available in five models:

The 2017 Toyota 4Runner – including the first 4Runner TRD Pro available in Canada – goes on sale in the New Year at Toyota Dealers across Canada.