Play, Eh? :: Toyota Offers The Fun And Functional 2015 RAV4 In An Exclusive Model To Celebrate 50 Years In Canada 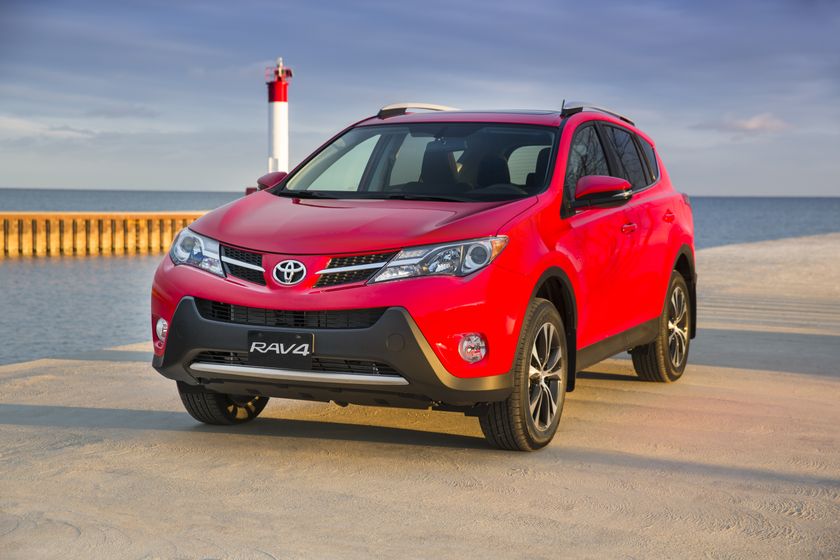 (TORONTO, ON. – December 15, 2014) ”Built in Canada quality” is just one of the reasons that RAV4 is the right choice for more Canadians than ever. The popular, Canadian-built compact SUV – the 2015 Toyota RAV4 – combines driving dynamics, comfort for driver and passengers, cargo-hauling versatility, fuel efficiency and bold styling to make it a perfect choice for busy Canadian lifestyles. And it’s available in several models – including a limited time only, 50th Anniversary Special Edition as Toyota celebrates a half-century in Canada.

“We’ve been building great vehicles for Canadians for five decades now, and what better way to celebrate than with a special edition of the RAV4 – the compact SUV built in Woodstock, Ontario with Canadians in mind,” noted Larry Hutchinson, Vice President of Toyota Canada Inc. “With RAV4’s winning combination of style, performance and versatility – plus a choice of colours including ‘Absolutely Red’ and other exclusive features – playtime never looked better.”

This special edition model is offered exclusively on the all-wheel-drive RAV4 XLE, this model features 18” wheels with a unique alloy finish, a leather-wrapped steering wheel and shift knob, and unique black interior with red stitching. The 50th Anniversary Special Edition is offered in a choice of colours – including the very Canadian, exclusive ‘Absolutely Red’.

The RAV4 features a boldly sculpted body that is visually distinct and designed to maximize RAV4’s significant cargo capacity. It also confers an abundance of legroom for those sitting in the reclining rear seats. A lift-back rear door and lower loading height make it easier to load and unload up to 1,090 liters worth of groceries, golf bags, garden gear, or other goodies.

The 2015 RAV4 50th Anniversary Special Edition is now on sale, at a starting MSRP of $32,760. Including this limited production model, the 2015 Toyota RAV4 is available in five models and 11 configurations – offering a choice of front-wheel-drive or all-wheel-drive, plus several trim levels with enhanced features and systems. For full details on all 2015 Toyota RAV4 models, visit www.toyota.ca/rav4.