President and CEO of Toyota Canada: "We're concerned because any policy focusing solely on the sale of zero emission vehicles may miss the real target of reducing GHGs" 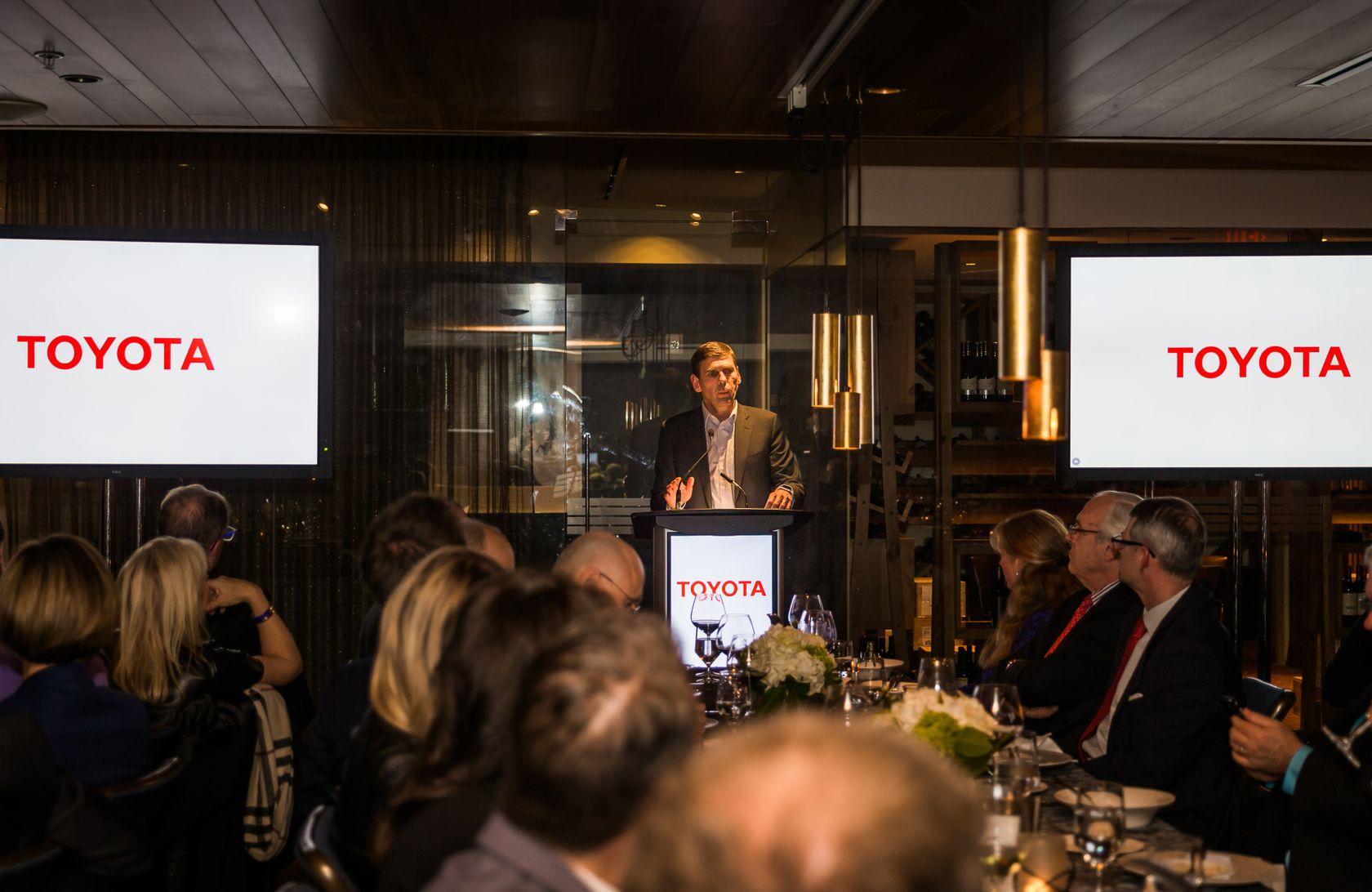 TORONTO, ONTARIO, February 14, 2018 – Speaking to a room full of Canadian automotive industry stakeholders last night, Larry Hutchinson, President and CEO at Toyota Canada Inc. (TCI), cautioned that with the Government of Canada expected to launch a national zero emission vehicles strategy later this year, Canada may fail in our efforts to reduce carbon emissions if we focus only on the sale of zero emissions vehicles.

“Canadian governments are on a mission to reduce carbon emissions, and Toyota shares the same mission. In fact, it’s one of our company’s most important goals,” Hutchinson stated. “But there is no ‘one-size-fits-all’ approach to meeting Canadian drivers’ needs, so public policy focusing solely on the sale of zero emission vehicles may miss the real target of overall greenhouse gas reduction.”

But Toyota, he said, believes there’s a need and a place for multiple powertrain technologies. Each technology has a unique role to play in meeting consumer needs and reducing greenhouse gas emissions, and the focus can’t be on one at the expense of others.

He offered a simple example of why a narrow approach won’t be effective: Today’s battery electric vehicles are primarily small cars – and they are replacing conventional small cars that are already relatively efficient. Meanwhile, sales of the biggest emitters – commercial vehicles, pickup trucks and SUVs – continue to rise. For this reason, overall greenhouse gas emissions are staying high.

Toyota’s experience introducing hybrid electric vehicles to the Canadian market has taught the company that driver tastes and habits don’t change easily but Canadians are open to new technologies if there is a clear benefit to them.

“Hybrid electric vehicles have done so well here because there’s no confusion or concern about cold weather, charging times or range limits. We need to ensure that any new, advanced-technology vehicle we introduce continues to deliver the practicality, convenience and affordability consumers desire.”

Hutchinson also shared the company’s plan to offer drivers a broad choice of powertrains including hybrid electric, plug-in hybrid electric, battery electric and hydrogen fuel cell electric vehicles, highlighting hydrogen as a key part of the solution. The Toyota Mirai has already demonstrated – in several different markets - that fuel cell electric vehicles can deliver an ownership, fueling and driving experience equivalent to that of a conventional vehicle.

Still, he stressed Toyota’s belief in a multi-technology approach: “At Toyota, we’re not even picking a technology ‘winner’ for our own business.”

“As an industry – and as a country - our focus should be on overall carbon reduction: not just on selling zero emissions vehicles,” said Hutchinson as he wrapped up the evening. “Getting there will require a comprehensive approach that offers Canadian consumers a choice of technologies and related charging or fueling infrastructure that meet a broad range of needs and will lead to an overall reduction of greenhouse gases.”