Profiles of Kirobo and Mirata 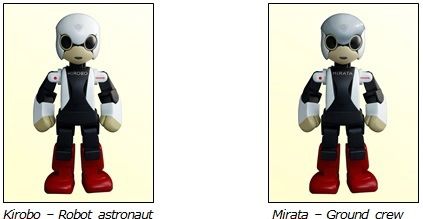 Robot Specifications (Kirobo & Mirata)
Kirobo was transported to the ISS aboard the Kounotori 4 cargo transfer vehicle atop H-IIB Launch Vehicle No. 4, launched from the Tanegashima Space Center in Kagoshima Prefecture at 4:48 JST on August 4. Kirobo arrived at the station six days later, and will stay there for about a year and a half.

Corporate, English, Innovation and Technology
‹ back
Every effort has been made to ensure the product specifications, equipment, and content on this site are accurate based on information available at time of publishing. In some cases, certain changes in standard equipment or options may occur, which may not be reflected online. Toyota Canada reserves the rights to make these changes without notice or obligation.