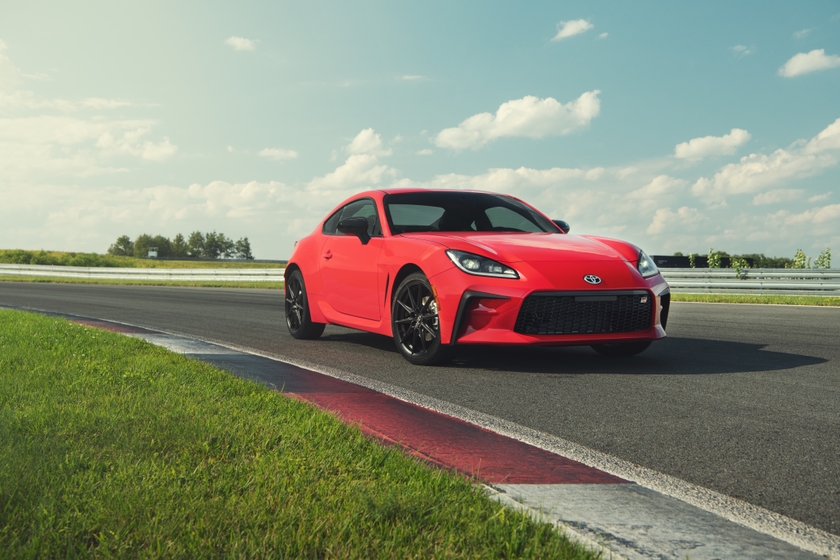 TORONTO, Ontario – July 6th, 2022 – Toyota created a legendary sports car with its famed AE86 – and the 2023 Toyota GR 86 writes the next chapter of that legend with a chequered flag-winning combination of power, performance, agility, responsiveness, styling, comfort, and amenities. New for 2023, Toyota celebrates the unfettered performance of a pure sports coupe with a limited-edition GR 86, featuring an exclusive colour and other upgrades.

“Canadians who seek the thrill of track-proven driving fun owe it to themselves to get behind the wheel of the GR 86 – designed and engineered from the wheels up by the same team that powers our Toyota Gazoo Racing success on the motorsports world stage,” said Cyril Dimitris, Vice President, Toyota Canada Inc.

The heart of the GR 86 is its 2.4L naturally aspirated horizontally opposed four-cylinder boxer engine – delivering impressive horsepower and torque for linear acceleration across a wide band of RPMs. To squeeze the most fun out of every drive, Toyota Gazoo Racing engineers ensured this power and torque was matched with equally spirited yet confident handling plus impressive acceleration. The GR 86 benefits from a wide stance, low centre of gravity, rigid front and rear frames, air vents to support steering stability, and aluminum components that keep its curb weight down to just over 1,270 kilograms. Other performance-tuned features include a Torsen limited-slip rear differential, sport-tuned independent MacPherson strut front and double wishbone rear suspension engineering, and vented 295mm front and 290mm rear brakes.

Toyota Dealers will offer the Toyota GR 86 in four model and trim configurations, as follows:

The 2023 Toyota GR86 is on sale at Toyota Dealers across Canada. For complete and up to date details and specifications, visit toyota.ca/gr86