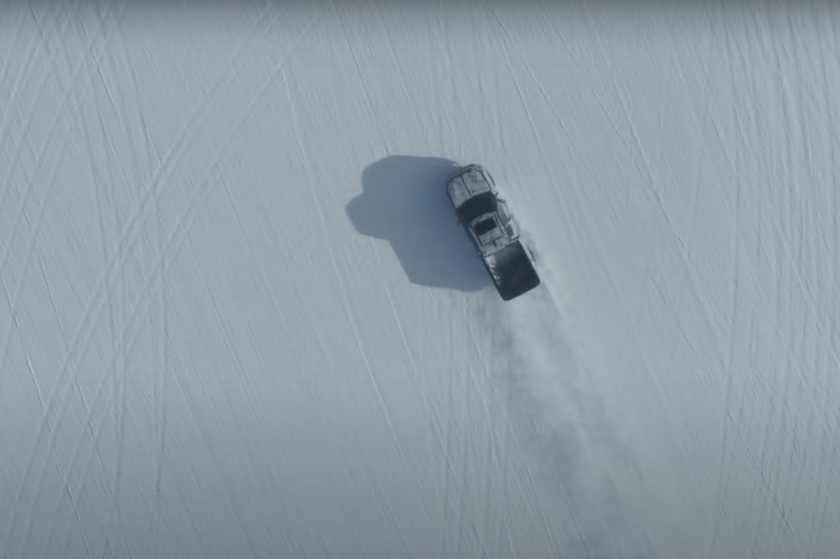 Wind, snow, sleet or ice, winter weather is no match for the Toyota Tundra. Just ask Senior Vice President and Executive Chief Engineer Mike Sweers and his team of professional drivers. They put the all-new 2022 Toyota Tundra to the cold-weather test, and the results are in.

With vehicle stability, brake performance, traction control and a truckload more at the top of the checklist, Sweers and his drivers headed to frigid North Michigan last winter to blaze tire tracks in the snow and get a grip on icy roads. The driving team worked out the sturdy truck on slushy dynamic handling courses.

But testing the next-generation Tundra isn’t just fun and games.

“The goal is to understand what customers do in the snow, how our truck reacts, and how to calibrate it properly so that it has the best winter driving performance of any vehicle out there,” Sweers said from the test site.

An absolute powerhouse, the all-new truck is the toughest, most capable, most advanced Tundra yet. Redesigned from the ground up and assembled in North America, the rugged ride features an aluminum-reinforced composite bed, a fully revamped multi-link rear suspension and a high-strength boxed and steel-ladder frame. A heavy hauler’s workhorse, the robust new Tundra tows up to 12,000 pounds and holds up to 1,940 pounds of payload, even in the extreme weather conditions.

Want to know more about how Toyota’s R&D team preps trucks to dominate the elements? Watch this behind-the-scenes video to see the ice-cold action.