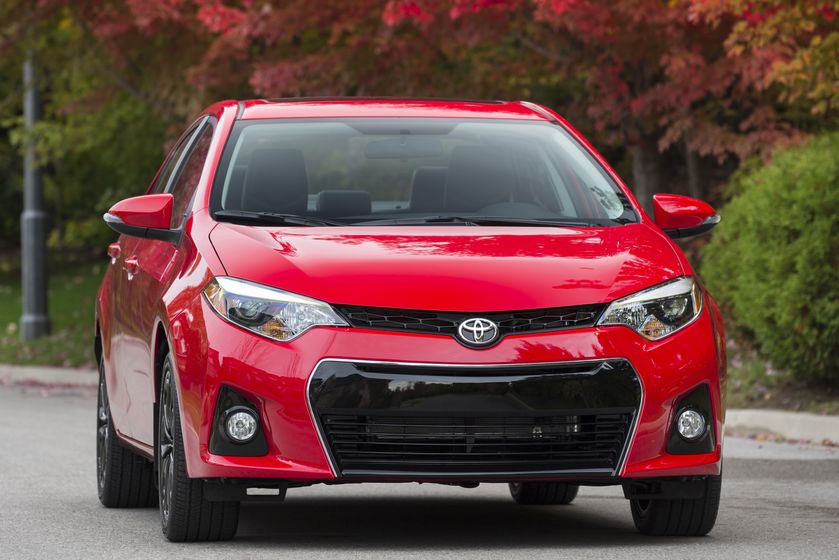 TORONTO, ON. (October 17, 2014) – Now here’s a Corolla like you’ve never seen it before.  For 2015 the Toyota Corolla offers two 50th Anniversary Special Editions, available for a limited time only, they are made in Canada and available only in Canada.  Of course this is on top of an already generous choice of stylish, fun-to-drive, and fuel-efficient models that are part of the regular line-up.

“We may be celebrating 50 years of Toyota in Canada, but we’re looking forward with Toyota’s most popular car in Canada: the Corolla,” said Larry Hutchinson, Vice President of Toyota Canada Inc. “The limited time only 2015 Toyota Corolla 50th Anniversary Special Editions reward Canadians with what they want: fun-to-drive, stylish and efficient vehicles that they can depend on”

The compact sedan market is fiercely competitive in Canada, so every Corolla offers enjoyable performance plus the surprising levels of comfort and features that make it a popular choice, year after year after year.

All Corollas are built around a powerful and efficient 1.8-litre four-cylinder engine mated to either a responsive six-speed manual,  proven four-speed automatic, or an efficient CVT. Suspensions designed for driving fun maximize handling while reducing vibration.

From the curb, the Corolla’s styling is bold and expressive, with sleek sculpting to give this compact a slippery drag co-efficient of just 0.28. Inside, the Corolla expresses craftsmanship with a stylish, functional and inviting cabin displaying attention to detail not typically found in its segment. Ornamental stitching, pinstriped accents and piano black gloss trim with metallic touches convey an upscale, sporty image. Thoughtfully designed and engineered front seats offer plenty of support for those up front, while maximizing room for those riding in back.

The 2015 Corolla is the first in its class equipped with LED headlamps as standard on all models – providing exceptional night-time visibility that outperforms traditional halogen lights. Other standard features include audio systems with USB and Bluetooth connectivity, steering wheel-mounted audio controls, power windows and door locks, the versatility of a 60/40 split fold-down rear seat, power adjustable, colour-keyed and heated side mirrors, and a full complement of active and passive safety systems, including the six active technologies in the Toyota Star Safety System.

All this, plus the Corolla’s Canadian-built reputation for legendary quality, durability and reliability – which makes Corolla not only easy to love, but also easy to justify.

The 2015 Toyota Corolla is available in seven models, as follows:

Alternatively, the Corolla S may be enhanced with a choice of two special packages to celebrate 50 years of Toyota in Canada. Available for a limited time only, made in Canada and available in Canada only, each is available in several colour combinations, including an exclusive Absolutely Red exterior:

The 2015 Toyota Corolla is now on sale at Toyota Dealers across Canada. For more information on features and specifications, visit www.toyota.ca/corolla.