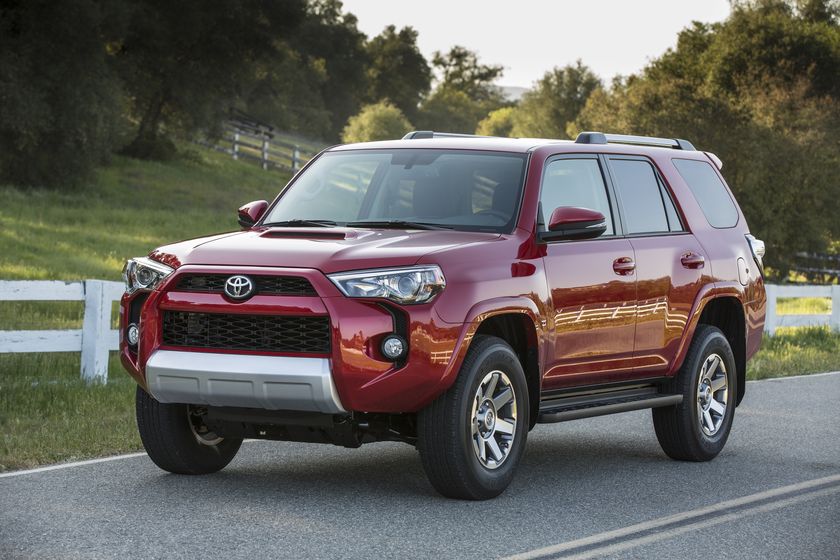 (TORONTO, ON – September 3, 2015) Authentic isn’t made: it’s earned. And the Toyota 4Runner has earned its place in automotive legends with more than three decades of satisfying SUV drivers around the world. Drawing upon more than 70 years of truck-building experience at Toyota, the Toyota 4Runner can conquer the most punishing weather and driving conditions on the planet. And for the 2016 model year, the 4Runner does this with an even longer list of popular features included as standard equipment.

“When adventure calls, it calls for 4Runner’s winning combination of rugged good looks, go-anywhere capability, and surprising comfort and convenience features,” said Larry Hutchinson, Vice President of Toyota Canada Inc. “For 2016, Toyota has added even more convenience equipment, technology and premium features as standard on all 4Runner models, underlining our commitment to Canadian drivers who need an authentic body-on-frame SUV.”

The 4Runner legend is built on performance, which is why every 2016 Toyota 4Runner is built around a powerful yet efficient 4.0-litre V6. Generating 270 peak horsepower and up to 278 lb-ft of torque, this engine maximizes power, torque and efficiency across its operating range. A five-speed super ECT automatic transmission with transmission cooler delivers confident acceleration, endurance under any weather and driving conditions, and a fuel efficiency rating of 12.8 litres per 100 kilometres (city/highway combined).

Inside, the 2016 4Runner is available in five-passenger and seven-passenger configurations. The interior establishes the benchmark for refinement in the mid-size SUV category. Seven-passenger models feature impressive legroom for 3rd row passengers, plus a one-touch walk-in function on the second-row seats to make getting into and out of the back seats an easy experience.

The 2016 4Runner is available in four models:

The 2016 Toyota 4Runner is now on sale at Toyota Dealers across Canada.

For more information on features and specifications, visit www.toyota.ca/4runner.