The 2016 Toyota Prius v: The Most Versatile Member of the Proven Prius Family 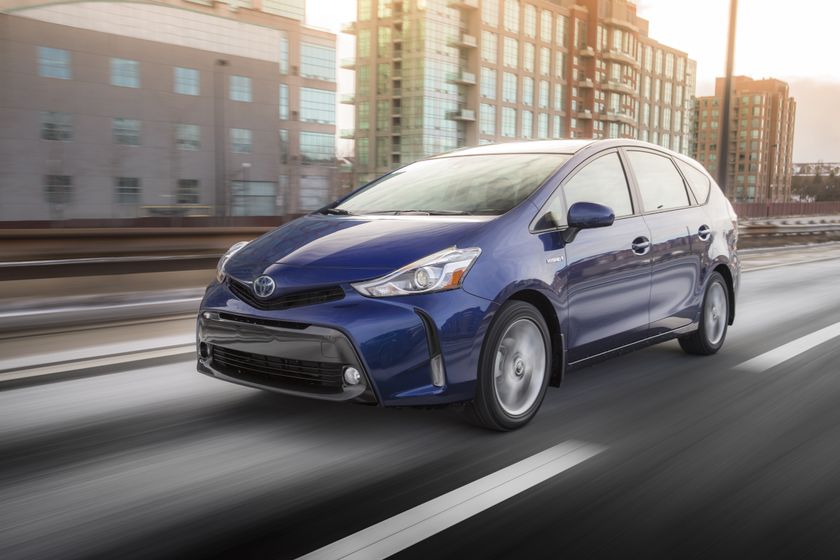 “The Prius v is the largest hybrid in the Prius line-up and comes with an impressive complement of standard features and advanced technologies – in a vehicle that meets the needs of Canadian families,” said Larry Hutchinson, Vice President at Toyota Canada Inc. “Canadians have embraced our industry-leading selection of advanced hybrid models. And with generous comfort, convenience, technology and safety features as standard – plus remarkable efficiency and environmental performance – the Prius v is a real-world, tested and proven vehicle that’s also incredibly versatile.”

Since its introduction to Canada in 2000, the Prius family has proven that Toyota hybrids offer all of the quality and reliability that Canadian drivers demand, plus the exceptional fuel efficiency and advanced driving experience that only a Toyota hybrid can deliver. The Prius v builds on that legacy, delivering 60 percent more cargo space than the Prius Liftback and an impressive fuel efficiency of just 5.6L/100km city/highway combined. Prius v drivers enjoy advanced acceleration, braking and ride comfort – plus terrific fuel efficiency and low emissions – thanks to Toyota’s Hybrid Synergy Drive. The most proven hybrid system on the planet, the Hybrid Synergy Drive is specially configured for each Toyota hybrid.

The Prius v is built around a highly efficient Atkinson Cycle 1.8L 4-cylinder engine with a lightweight aluminum alloy block, a high-torque electric motor, high-capacity storage battery and sophisticated power management system. This combination delivers 136 net system horsepower and seamlessly shifts between gas engine, electric motor or a combination of the two to maximize power and efficiency at every speed, under any driving condition. Coupled to a continuously variable transmission, the result is impressive torque for smooth and confident acceleration through a large speed range, remarkable fuel efficiency and tailpipe emissions that are a fraction of those from a conventional crossover.

The Hybrid Synergy Drive also enables many features unique to hybrids, from the added power and efficiency of regenerative braking to four driver-selectable driving options (Normal, Power and ECO plus Electric Vehicle operation for short distances) to suit any style and driving condition..

Safety is always standard on a Toyota, so every 2016 Prius v features seven airbags plus front seatbelt pre-tensioners and force limiters, anchor points for child seats, child protector rear door locks, a backup camera, a hybrid vehicle proximity notification system, and more. As with every new Toyota since 2011, the 2016 Prius v is also standard equipped with the six active safety technologies of the Star Safety System: Antilock Brake System, Brake Assist, Electronic Brake Force Distribution, Vehicle Stability Control, Traction Control and Smart Stop Technology work together to help drivers avoid potential accident situations. The Prius v is equipped with Toyota engineered Pitch and Bounce Control system. This unique feature can only be implemented with Hybrid Synergy Drive where an electric motor can directly drive/provide torque to the wheels. This system uses the torque of the hybrid motor and suspension enhancements to enhance ride comfort and control – an evolution and further refinement of Toyota's hybrid system.

The 2016 Toyota Prius v starts at an MSRP of $28,415 and may be enhanced with a choice of two upgrade packages:

The 2016 Toyota Prius v is now on sale at Toyota Dealers across Canada. For more information on features and specifications, visit www.toyota.ca/priusv.