The 2016 Yaris Sedan: A Small Car With Injection Of Style And Great Value For Young Buyers’ Big Lives

Redesigned and reengineered with driving fun, efficiency and premium features in mind
Share 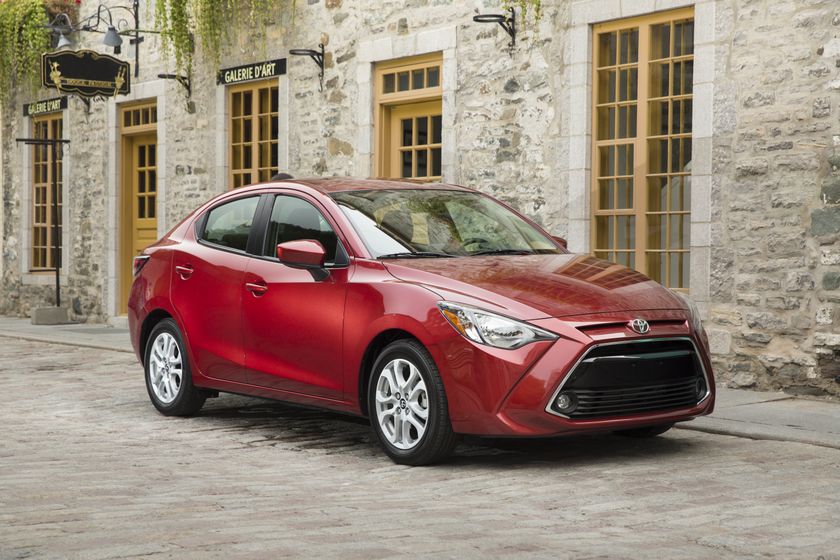 (TORONTO, ON – September 29, 2015) The 2016 Toyota Yaris Sedan is unlike anything you’ve never associated a subcompact with. It’s aggressively styled. It’s equipped with premium features. It’s tuned for dynamic handling and big driving fun. And it’s all this – and more – for surprisingly less than you’d expect.

“This is more than a new car with a familiar name,” said Larry Hutchinson, Vice President at Toyota Canada Inc. “Canadians love the efficiency and nimble performance of subcompacts – and the all-new Yaris Sedan gives drivers even more – much more – of what they love. Whether running errands in the downtown core, or taking a day-trip on the open road, the new Yaris Sedan is built to surprise drivers with premium details and unexpected driving fun.”

Take one look, and the Yaris Sedan impresses with a striking profile that stands out from the crowd. Up front, the bold new face features sharp-eyed headlights and a hexagon lower grille, while a spacious trunk gives the rear a distinctive look.

Premium details abound – from the chrome grille surround and tailpipe, to the power-adjustable heated exterior mirrors, and the keyless entry which comes standard on all models.

Open the door and get behind the sporty steering wheel – then admire the Yaris Sedan’s surprisingly roomy cabin. It’s filled with premium amenities, such as steering wheel mounted controls that put audio and Bluetooth within easy reach. The trunk is spacious and made even more versatile thanks to a standard 60/40 split folding rear seat.

Every 2016 Yaris Sedan is equipped with a long list of standard features – including cruise control, power windows and power door locks – all set off with chrome accents and the soft-touch trim and surfaces one would expect from a premium sport sedan.

The highly-rigid body structure is enhanced with front and rear suspensions tuned to strike a balance between sporty handling and ride comfort.

The steering and braking systems have also been optimized so this subcompact handles like a sports sedan. And because the Yaris Sedan is a Toyota, it’s also the subcompact that’s big on safety, featuring active and passive systems that work together to keep driver and occupants safe.

The 2016 Yaris Sedan is now on sale at Toyota Dealers across Canada.