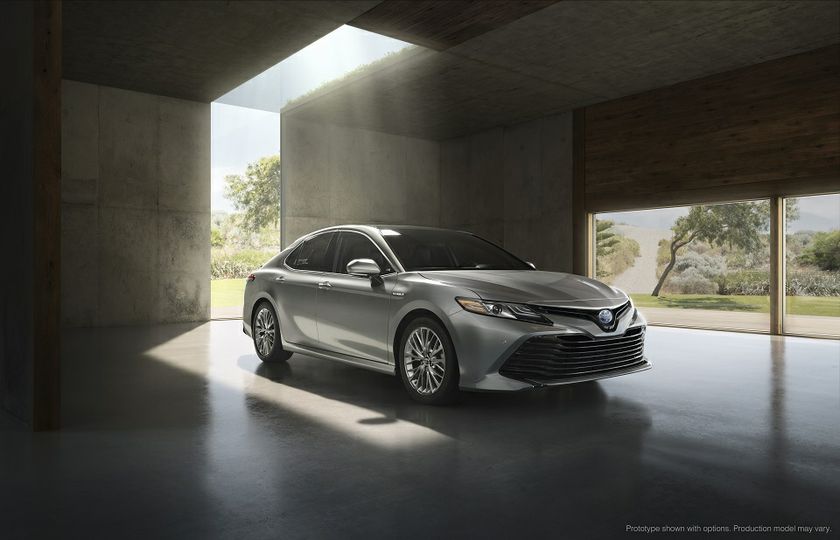 (TORONTO, ON – FEBRUARY 16, 2017) Discover what drives you forward, in the Toyota exhibit at the Canadian International Auto Show – February 17-26, 2017 at the Metro Toronto Convention Centre.

“Toyota’s vision is shaped by a desire to constantly move towards a better future – to bring that future to our customers and the communities in which they live,” said Stephen Beatty, Vice President, Toyota Canada Inc. “Canadians attending the Toronto Auto Show will find many examples of that on display – from new models like the completely redesigned 2018 Camry and Camry Hybrid making their Canadian debuts to future-ready hydrogen fuel cell models and advanced safety systems that make driving safer for everyone. And the innovation doesn’t stop there - new in-vehicle connectivity services deliver peace of mind and convenience, to ensure Toyota owners have the best possible ownership experience no matter which of our stylish, fun-to-drive and value-packed cars, SUVs or pickups is in their driveway.”

A Best Seller Gets Even Better

First on Toyota’s list of not-to-be-missed attractions is the all-new, eighth generation 2018 Toyota Camry (and Camry Hybrid), the best-selling car in its segment in Canada for the past two years. Featuring everything you’d expect from its proven, safety-focused reputation, it now features a jaw-dropping new design backed by now-standard sophisticated safety features, impressive technology and stirring performance.

The new Camry utilizes TNGA (Toyota New Global Architecture) which represents a completely new strategy to the way the company designs, engineers, and packages its vehicles to ensure they’re more dynamic, fun-to-drive and athletic than ever before.

At a glance, it’s clear that the design goals for the all-new Camry of a distinctive, low centre of gravity resulting in a firm wide stance and sleeker profile, a practical-yet-emotionally styled cabin and a sporty yet upscale image both inside and out have been achieved and truly set a new standard in the midsize-sedan category.

Available in five grades (the L, LE, XLE, SE and XSE) and three new powertrains, there’s a Camry that’s right for anyone considering a mid-sized sedan. In addition, a next-generation hybrid system (THS II) has also been engineered for the 2018 Camry Hybrid to provide the ideal balance of energy efficiency with superior power output to maximize driving performance and enjoyment while also poised to achieve best-in-class fuel economy ratings.

Other Highlights found at the Toyota exhibit include:

To set up interviews onsite on press day at CIAS, please contact: