The world’s best-selling vehicle is now even better: The 2017 Toyota Corolla

Upgraded style inside and out, plus added standard features including Toyota Safety Sense™ P offer many reasons to celebrate beyond Corolla’s 50 years
Share 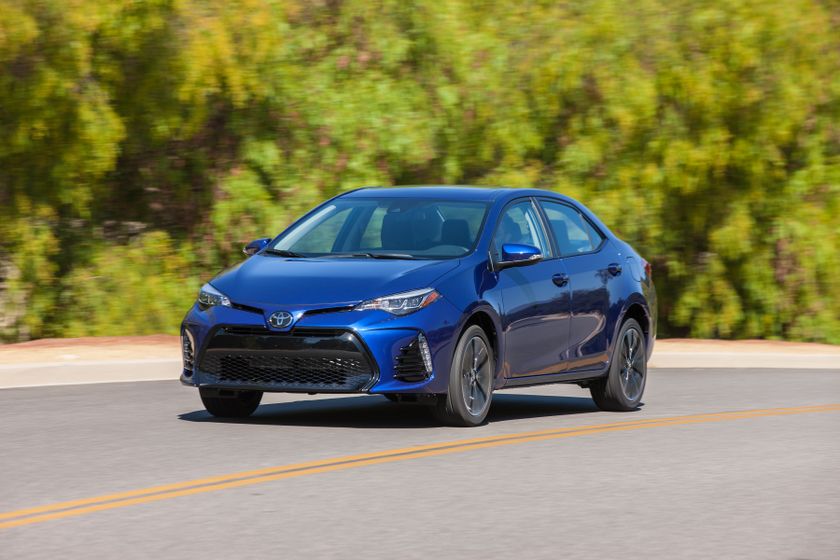 (TORONTO, ON – SEPTEMBER 29, 2016) You learn a lot in 50 years – and as the Toyota Corolla celebrates five decades – during which it has become the world’s best-selling vehicle – the 2017 Corolla is even better, with enhanced body styling, an upgraded interior, added advanced safety features, and even more features as standard.

“To mark the Corolla’s 50th anniversary, we’re pleased to offer Canadians an updated line-up that has evolved to match the ever-changing tastes of today’s drivers – all the while remaining true to Corolla’s core DNA of reliability, efficiency and drivability,” said Cyril Dimitris, Vice-President, Toyota Canada Inc. “With more than 43 million models built, and sales in more than 150 countries and regions, the Corolla has brought joy to more people’s lives than any other car ever manufactured. And for 2017, Toyota gives drivers even more reasons to smile and continue to share in its story - a favourite in Canada – and around the world.”

New for 2017, all Corolla models receive numerous updates and upgrades, including:

The 2017 Toyota Corolla is offered with a choice of six-speed manual transmission or continuously variable transmission with intelligent shift (CVTi-S), in six models designed to cater to a wide variety of tastes and needs, as follows:

The 2017 Toyota Corolla looks great and is fun to drive. It’s the perfect vehicle for today’s spirited, urban citizens to proudly call their own. Regardless of transmission, the 1.8L four-cylinder engine delivers a winning combination of confident acceleration and impressive fuel efficiency. The body is sporty and sleek, while the cabin offers comfortable seating for up to five adults, surrounded with premium finishes for a sophisticated look and feel.

Safety is always standard on a Toyota, so in addition to the new Toyota Safety Sense P package, every 2017 Corolla is equipped with active and passive safety features, including eight airbags, the Toyota Star Safety System, whiplash injury lessening front seats, and more. And as North America’s best-selling compact, with a sterling record for durability and reliability, the Corolla gives owners the peace of mind of dependable transportation that enjoys high resale value.