Tomorrow’s car will clean our oceans, shelter the homeless and promote healthy eating (if these Canadian kids have anything to do with it) 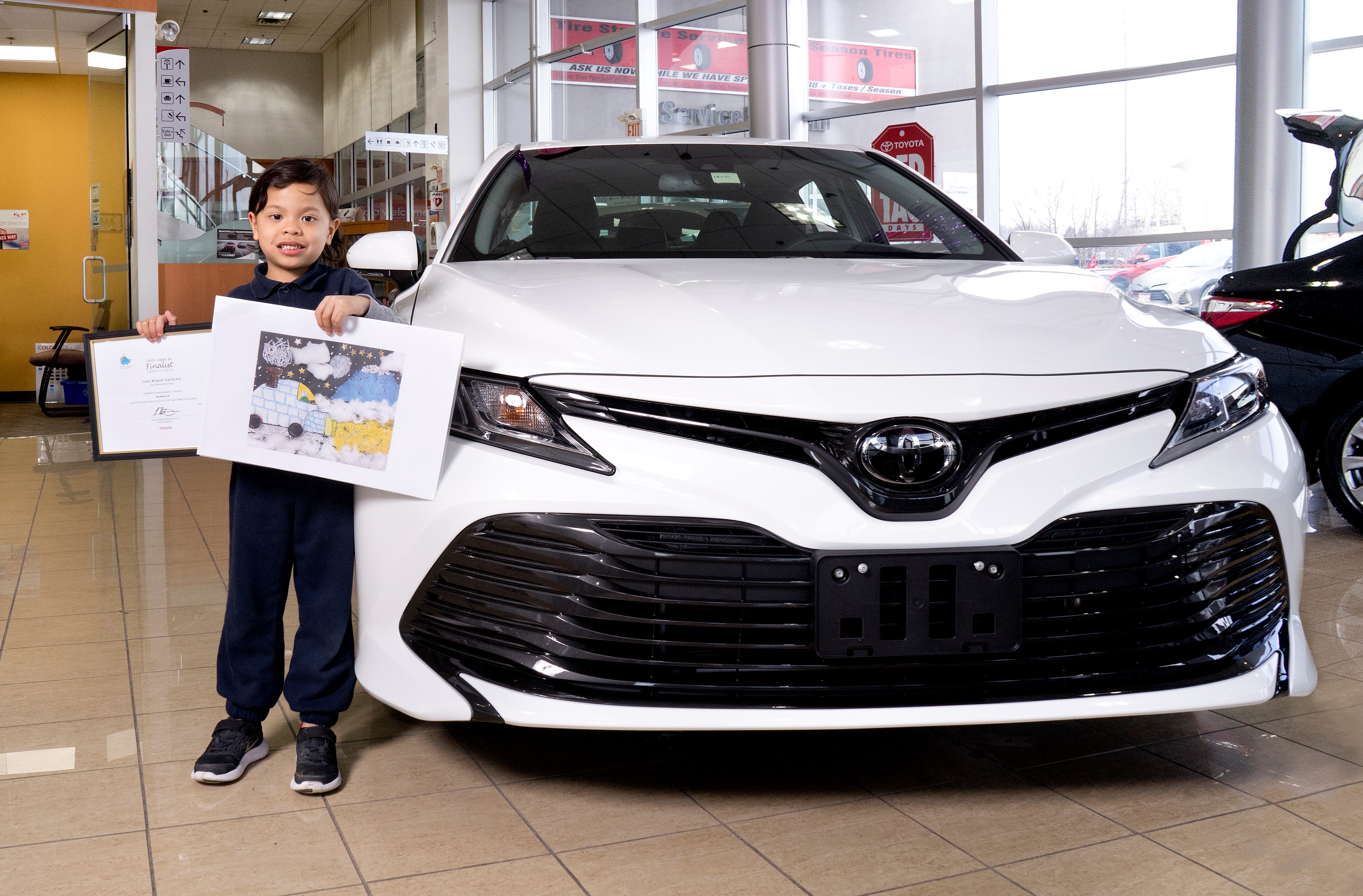 TORONTO, ON – April 12, 2018 – If Canadian kids have their way, your future car will clean our environment as you drive. It will fly across oceans. And it will double as a search and rescue vehicle … and a mobile art studio. These are some of the visions presented by the young Canadian winners of Toyota’s Dream Car Art Contest, officially announced today.

The designs by the nine youth from across the country – three in each age category – will go on to represent Canada as they compete against entrants from over 80 countries in the international Toyota Dream Car Art Contest. In August 2018, 30 global finalists will receive a trip to Japan to participate in the awards ceremony.

A panel of distinguished Canadian judges was tasked with making some difficult decisions as they assessed hundreds of entries from kids and youth across Canada.  Judges on this year’s Canadian panel included:

Here’s what the judges had to say about the 2018 Toyota Dream Car Art Contest submissions:

These children's artworks were so moving and charming. I was absolutely blown away by the amount of talent, but also by their ideas of what could be a brighter future. I saw a great range of creative proposals and some were incredibly unique. I wish the best luck to each and every one of them!

I am blown away by the drawings that were submitted. I thought I would be seeing a lot of monster trucks and glittery princess cars, and instead I found cars that clean our oceans, shelter the homeless, plant trees, etc. Young minds crafting elaborate mechanisms based on sustainability and recycling. A lot of imagination fueling the way towards a colourful, better future. And a copious amount of sunshine and rainbows.

If the kids who entered this contest have their way, the vehicle of the future will be autonomous and run on empathy. So many entries focused on ways to give back. From solving deforestation to healthy eating habits, to pollution, so many kids were looking for ways to make the future better. And we’d better get used to an automated future, so many vehicles were self-driving. If the adults can’t wrap their heads around the idea, they’d better soon, because the kids are all over it.

I loved the bright, colourful and creative ideas brought forward by these kids - all looking to make the world a better place through transportation.

“My Winter Car” by Juan Miguel Gallermo (Age 5, Scarborough ON)

“The Mighty Toy Hospital” by Aidan Lau (Age 7, Markham ON)

In last year’s Toyota Dream Car Art Contest, two Canadian kids were selected as global finalists from amongst nearly a million entries from around the world. In August 2017, the two young Canadians were awarded with gold and silver medals at the international awards ceremony in Japan.