TORONTO, ON., (February 11, 2015) – The Lexus RC F GT3 concept is making its Canadian debut at the Canadian International Auto Show (CIAS) promises to raise Lexus’ racing ambitions on an unprecedented scale – beginning this year, with hopes of competing in the FIA GT3 category in Europe. 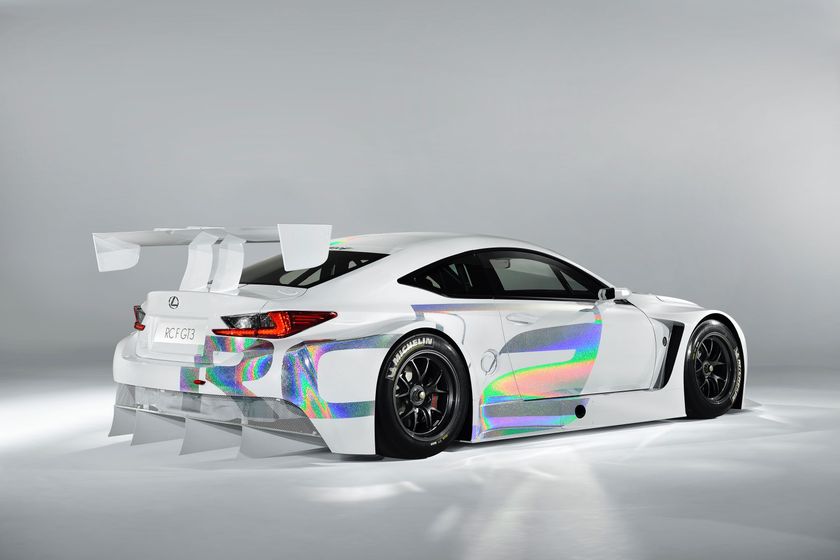 The concept race car is based on the spectacular new RC F coupe. With a modified version of the RC F’s 5.0-litre V8 engine, the GT3 delivers output exceeding 540 horsepower.

“Engineered to thrill both visually and through uncompromising performance, the RC F GT3 concept truly is ‘Amazing in Motion,’” said Cyril Dimitris, Director, Lexus Canada. “The RC F GT3 is poised to have a major impact on the development of future Lexus vehicles, because the lessons learned and advances made from participating in such high levels of racing will lead to enhancements that can be applied to future Lexus products.”

The Lexus RC F is based on the spectacular new RC coupe, but it features wider wheels and tires, an active rear wing, air scoops, cooling ducts and carbon fibre components – each delivering “functional beauty.”

CIAS visitors can see the RC F GT3 concept in the Lexus booth located on the 800 Level of the South Building at the Metro Toronto Convention Centre (MTCC). The show runs February 13-22.

About Lexus Canada
Lexus Canada is the exclusive Canadian distributor of Lexus luxury cars and sport utility vehicles through a sales and service network of 38 dealerships across Canada. With 15 Lexus models on the road today, five of them being hybrids, Lexus has the largest luxury hybrid lineup; allowing guests a choice in a large range of luxury vehicle segments. In the 2012 J.D. Power and Associates Initial Quality Study (IQS), Lexus was the highest ranking nameplate in the industry.