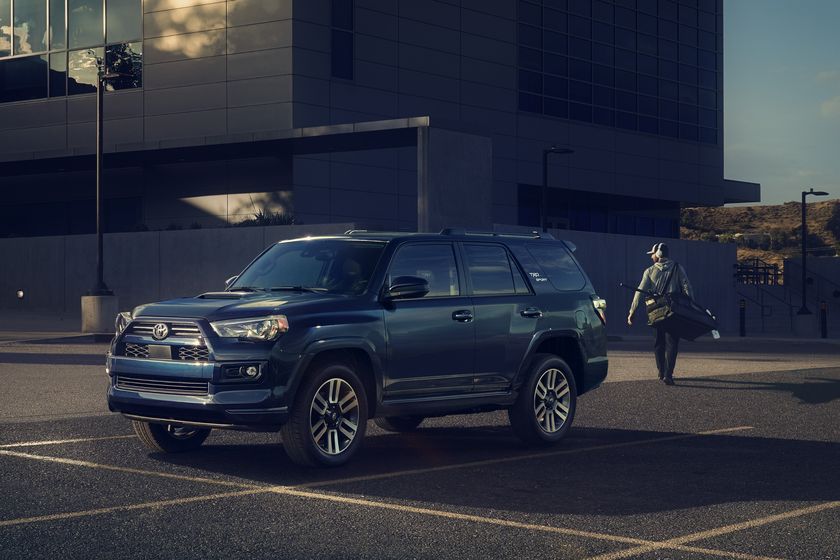 TORONTO, Ontario – June 1, 2021 – As a Toyota lineup mainstay for nearly 40 years, the Toyota 4Runner has carved out its place as the do-anything SUV that’s at home whether on the pavement or the trail. For 2022, the 4Runner lineup expands with the addition of TRD Sport, offering an exceptional combination of style and performance.

Takin’ It to the Streets

With an emphasis on everyday comfort and enhanced road dynamics, 4Runner TRD Sport adds the exclusive Cross-Linked Relative Absorber System (X-REAS) suspension to enhance on-road handling. The X-REAS system, also found on the Limited grade, automatically adjusts the damping force of shock absorbers when driving over bumpy surfaces or when cornering. A centre control absorber cross-links the shock absorbers on opposite corners of the vehicle, like an “X,” to help reduce pitch and yaw by offsetting opposing inputs.

TRD Sport is available in part-time 4WD with a 2-speed transfer case and provide an ample 9.6 inches of ground clearance. TRD Sport builds upon the SR5 grade on which it is based by swapping the 17-inch wheels in favor of new machine-faced 20-inch wheels with Dark Gray accents. All 4Runners come equipped with a full-sized spare tire.

Unique styling comes in the form of colour-keyed accents on the grille, rocker panels and body molding. The signature TRD-style hood scoop is added to TRD Sport, as is a front spoiler, and black roof rails complement the colour scheme.

Mated to the V6 is a five-speed ECT-i automatic transmission that includes a sequential shift mode for manually shifting when more control is desired. TRD Sport, like all 4Runner grades, includes a standard integrated tow-hitch receiver and wiring harness and can tow a maximum of 5,000 pounds, with a maximum 500-pound tongue weight.

The standard part-time 4WD system uses Active Traction Control (A-TRAC) and bolsters off-road capability with a 2-speed transfer case with selectable low-range. By distributing drive force to any one wheel in contact with the ground, A-TRAC can help maintain traction when it senses wheel slippage occurring on terrain irregularities and slippery patches.

When it comes to storage, 4Runner offers multiple options. With the second-row seats in use, the cargo area offers up to 1,337 L. of carrying space. If it’s just two people and their gear hitting the road or trail, folding the second row opens a cavernous 2,450 L cargo area. The second-row seats fold flat without having to remove the headrests. For power on the go, the 4Runner has a standard 120V outlet and two 12V outlets.