The joint research project covers research on collisions involving not only closed-circuit race cars, but also rally cars, and possibly will include review of seat structures and seatbelt positioning. Based on the results, the Global Institute plans to consider measures that could lead to updating motor sports regulations and other actions to enhance the safety of motorsports vehicles.

Although crash dummies are commonly used in vehicle collision tests, they do not allow for easy and detailed analysis of how collisions impact the brain, internal organs and certain other parts of the body. As a result, Toyota has been working with Toyota Central R&D Labs, Inc. since 2000 to develop THUMS, which allows for computer simulation and analysis of actual conditions during a crash and of the mechanisms of injury occurrence, including that of injuries to internal organs and other parts of the body.

Since 2007, Toyota has been using THUMS not only for general automobiles, but also to analyze injuries due to crashes in motorsports. In response to a request from the FIA and NASCAR (the U.S.-based National Association for Stock Car Auto Racing), it has also been using THUMS to identify deceleration G forces and the powerful forces imposed during a collision on the spine and internal organs due to the seating conditions unique to race cars, and to investigate methods of mitigating those forces. 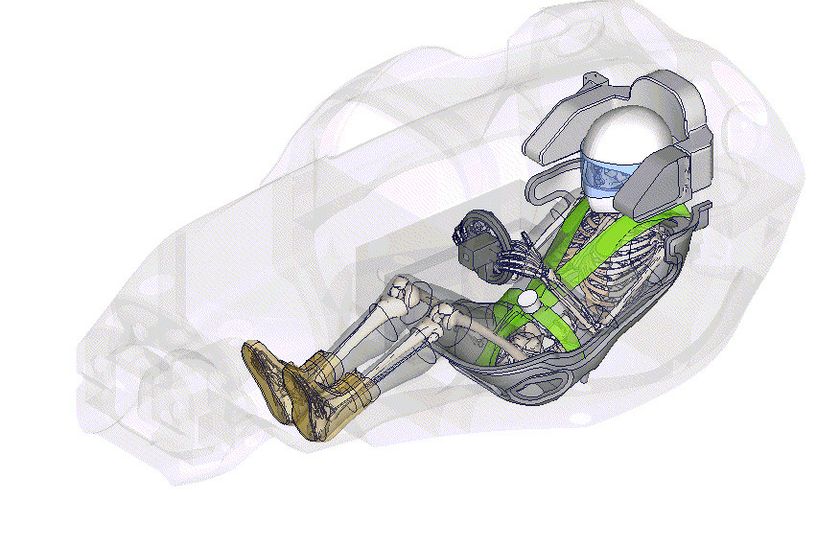 * The Global Institute is the safety research partner of the Federation Internationale de l'Automobile (FIA), the governing body of world motorsports.