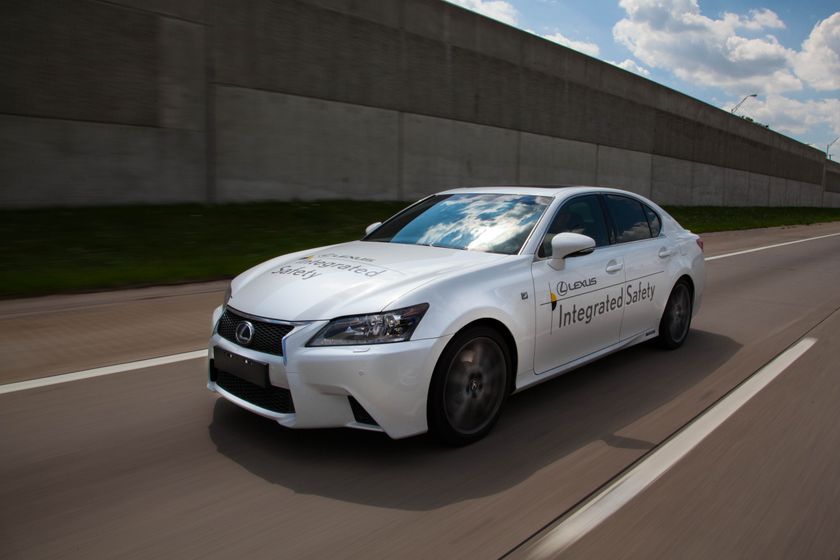 TORONTO, ON., (September 4, 2014) – It’s not science fiction anymore. Toyota is putting the future of auto safety technology on display, including environment-mapping systems that can track objects on the road both day and night, 3D information displays that transform the ability to provide road information to drivers, and an advanced driving support system that will be available in the mid 2010s.

All these and more were shown today at the fourth annual Toyota Advanced Safety Seminar (TASS), convened in Ann Arbor, Michigan ahead of the Intelligent Transport Systems (ITS) World Congress next week. The seminar provides an advance look into Toyota’s safety research and development, spotlighting the company’s work to ensure the safe transition to the future of mobility.

“Toyota’s vision is of a world without traffic fatalities, and these advanced connected and automated vehicle technologies hold the potential to revolutionize automotive safety,” said Seigo Kuzumaki, Chief Safety Technology Officer Secretary for Toyota Motor Corporation. “We are committed to bringing advanced active safety systems to market as quickly as possible and will make them accessible to a broad range of drivers.”

In addition to demonstrating safety research underway at the Collaborative Safety Research Center and updating the public on development progress of fully autonomous vehicles that can operate at high speeds and in inclement weather, Toyota executives revealed the status of several advanced automated driving technologies.

First unveiled last year in Japan, Toyota’s Automated Highway Driving Assist (AHDA) system is designed to team up with the driver behind the wheel to control the car safely. The newest version of AHDA, unveiled at TASS and on display at the ITS World Congress, has been programmed based on actual traffic conditions in the United States and can operate at speeds of up to 70 miles per hour.

The system integrates three core technologies: Dynamic Radar Cruise Control (DRCC), Lane Trace Control (LTC) and Predictive and Interactive Human Machine Interface (HMI).  These support the driver by helping to keep the vehicle in the lane and a safe distance from others on the road, all while travelling at highway speeds. The advanced Predictive and Interactive HMI promotes driver engagement by warning when the system will disengage and monitoring the driver’s hands on the wheel.

DRCC enables drivers to maintain speed and headway more comfortably while also reducing potential risks by maintaining a safe margin to the preceding vehicle. The system uses 77GHz millimeter wave radar to detect other vehicles on the road and maintain specific speeds and distances. The AHDA vehicle is equipped with a production prototype radar sensor that is installed on the front grill, which will be introduced to the market as part of Toyota’s next generation driving assist systems.

LTC allows the driver to easily and safely trace an appropriate path within the lane by using signals from a forward-looking camera and 77GHz millimeter-wave radar.  These sensors are used to detect lane marking on the pavement as well as forward vehicles.  The system calculates an appropriate driving path and automatically adjusts the vehicle's steering angle so that the vehicle remains within a lane with sufficient margin to surrounding vehicles.

Improved automation through DRCC and LTC enable safer and more comfortable highway cruising to drivers. However, it is important to always engage the most important component of the driving system – the “driver.”  For that reason AHDA has incorporated a Predictive and Interactive HMI as an integral feature to enable smooth transitions between automated and manual driving.

Toyota plans to market technologies based on the AHDA advanced driving support system in the mid-2010s.

Demonstrated for the first time in North America at TASS, Toyota’s advanced SPAD LIDAR environment mapping and recognition system is a key advancement toward the deployment of automated driving technology. In addition to performance improvements, the system boasts reduced size and cost, allowing it to be installed onboard the vehicle instead of the bulky roof mounts of traditional LIDAR systems.

Toyota’s innovative 3D Heads-Up Display builds on the company’s philosophy that advanced safety technology should work as a “teammate” with the driver to offer a groundbreaking new approach to vehicle interface design. The system provides critical information including vehicle status, traffic conditions and road signs on the front windshield, rendering them in three dimensions without the need for glasses or other accessories.

Toyota Canada Inc. (TCI) is the exclusive Canadian distributor of Toyota, Lexus and Scion vehicles.  Incorporated in 1964, Toyota has sold more than 4 million vehicles in Canada through a national network of 285 Toyota, Lexus and Scion dealerships.  Toyota is dedicated to bringing safety, quality, dependability and reliability in the vehicles Canadians drive and the service they receive.  TCI’s head office is located in Toronto, with regional offices in Vancouver, Calgary, Montreal and Halifax and parts distribution centres in Toronto and Vancouver.  Toyota operates two manufacturing facilities in Canada which build popular Canadian vehicles Toyota RAV4, Toyota Corolla, Lexus RX 350 and RX 450h hybrid.  Toyota Motor Manufacturing Cambridge (TMMC) also manufactures the Toyota RAV4 EV for the North American market.  TMMC is the only Toyota manufacturer in North America to assemble both hybrid and electric vehicles.