Share
Toyota City, Japan, April 4, 2014 — Toyota Motor Corporation (TMC) will this month begin large scale testing of a new cloud-based agricultural IT management tool (“HousakuKeikaku”) through the Rice Growers Improvement Network* in the Aichi and Ishikawa prefectures of Japan.
The testing is part of a project, also to begin this month, run by the Japanese Ministry of Agriculture, Forestry and Fisheries (MAFF) to create and test advanced agricultural management models.
Recently in Japan, increasing numbers of small-scale farmers and landowners have been entrusting land cultivation to large-scale agricultural cooperatives. To address the needs of this growing farming model and make it more efficient, Toyota developed the IT tool as a means to organize data gathered from independent field laborers into a central database so that work on scattered, independent rice farms can be better managed.
The tool generates and distributes daily coordinated work plans to multiple labourers at different rice fields over a large area. As laborers report their progress via smartphone or tablet to a central database, administrators can manage the overall cultivation. 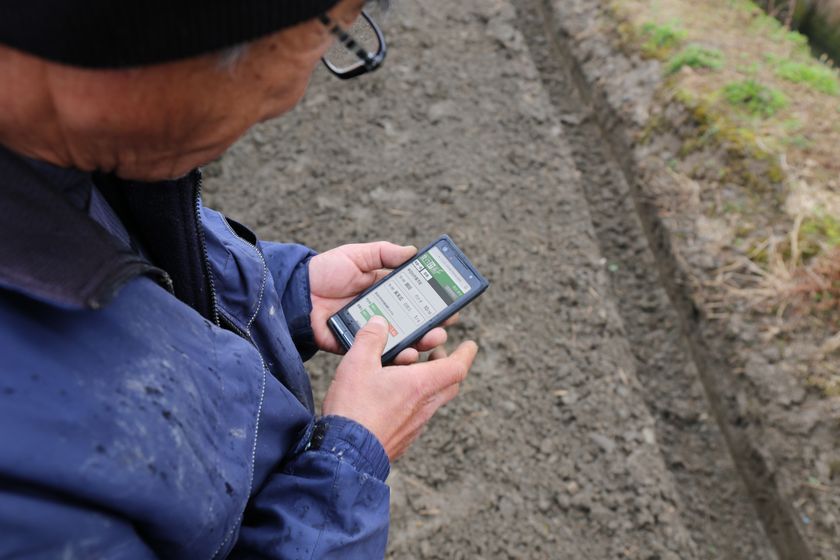 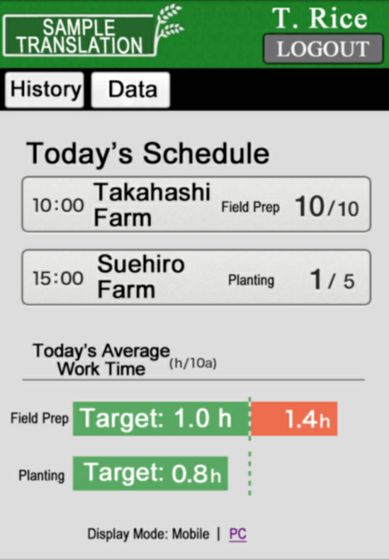 Mobile Operation Screen
The tool can also be used post-cultivation in the drying and refining phases to gather information such as the rice grain type, cultivation area, fertilization conditions, weather, working hours and drying conditions. Harvest quantity and quality can also be collected and analyzed to help produce a better tasting crop at lower cost.
Toyota has a wealth of knowledge about production control systems and process improvements, and since 2011, has been working with rice growers in Aichi Prefecture to improve cultivation processes and boost productivity. Initial trials of the IT tool began in 2012, with major improvements made, such as reduced complexity for fewer human errors, lower material costs and enhanced administrative capabilities.
The IT tool and related services will be sold by TMC’s IT business subsidiary Toyota Media Service Corporation.
Currently, the tool only supports the cultivation of major crops such as rice, wheat and soy. However, Toyota intends to continue to expand the scope of the tool to help support the revitalization and competitiveness of Japanese agriculture. 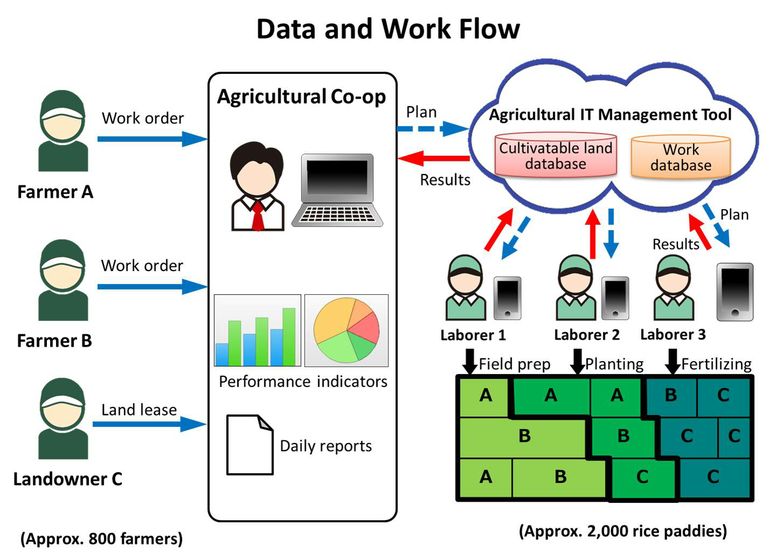 Corporate, English, Innovation and Technology
‹ back