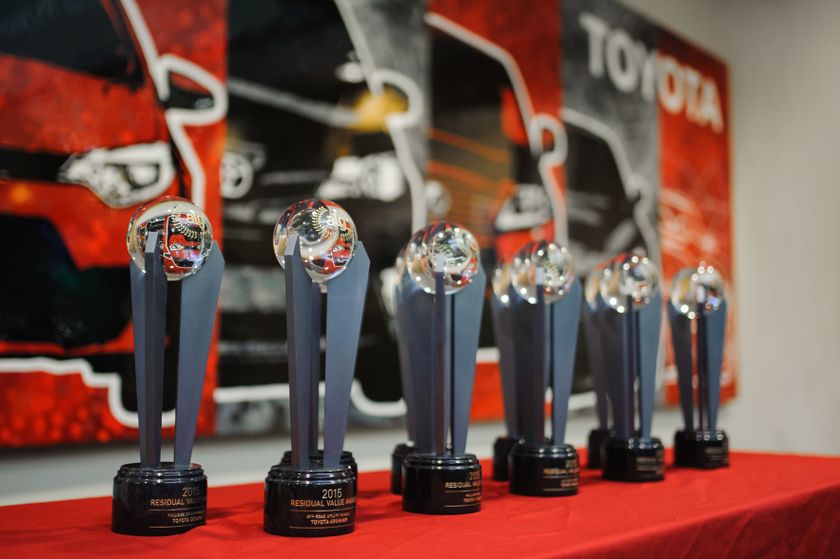 TORONTO, ON., (February 11, 2015) – Toyota Canada also led the way in the ALG 2015 Canadian Residual Value Awards, with 10 winners. That’s twice as many as the next closest manufacturer.

These awards follow a number of other major accolades TCI received recently:

“The breadth and depth of all these important accolades demonstrate our leadership and consistency in offering products that deliver exceptional and long-lasting value that our customers love to drive and own,” said Larry Hutchinson, Vice President, Toyota Canada Inc.

This year’s ALG award winners and CBB from TCI include: