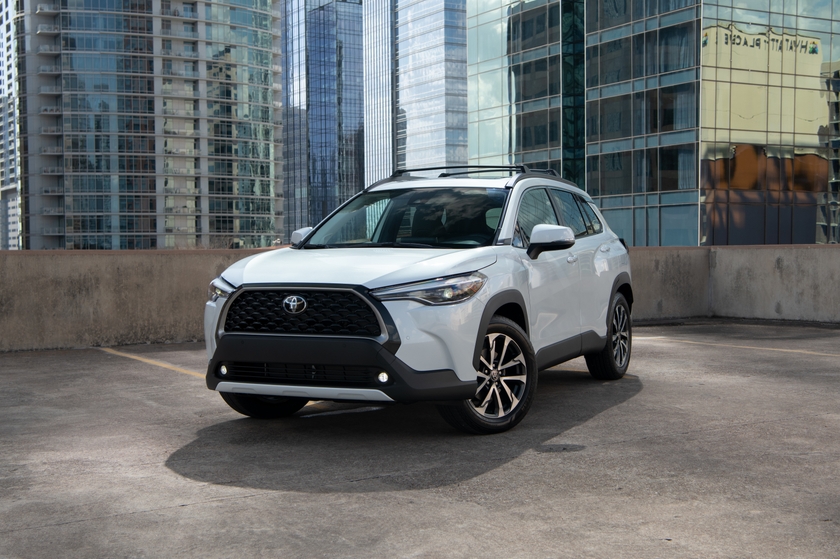 TORONTO, Ontario (January 23rd, 2023) – The Corolla Cross is the most versatile member of the Toyota Corolla family – with enough room for all the family, friends, and gear that spell adventure. And now, the members of the Automobile Journalists Association of Canada named the Corolla Cross the “Best Small Utility Vehicle in Canada for 2023” – for a second consecutive year. The category win puts the Corolla Cross in the running for the Canadian Utility Vehicle of the Year award, to be announced in February.

“The Toyota Corolla Cross blends the driving fun and agility of a sedan with the versatility and go-anywhere attitude of an SUV, all in a compact form factor that’s easy to own and easy to drive,” noted Cyril Dimitris, Vice President, Toyota Canada Inc. “We view the Corolla Cross as a winning combination for Canadian drivers, and we’re thrilled that AJAC’s members agree.”

The Corolla Cross makes an immediate impression with styling that’s daring and confident and an interior that’s surprisingly spacious and versatile. This small but mighty crossover features a 169 peak horsepower 2.0L four-cylinder Dynamic Force engine to maximize driving fun and a choice of front-wheel-drive or Dynamic Torque Control all-wheel-drive powertrains.

The 2023 Toyota Corolla Cross is now on sale at Toyota Dealers across Canada. For complete and up to date details and specifications, visit www.toyota.ca/corolla-cross

Toyota Canada Inc. (TCI) is the exclusive Canadian distributor of Toyota and Lexus vehicles. Toyota has sold over six million vehicles in Canada through a national network of 287 Toyota and Lexus dealerships. Toyota is dedicated to bringing safety, quality, dependability and reliability to the vehicles Canadians drive and the service they receive. TCI’s head office is in Toronto, with regional offices in Vancouver, Calgary, Montreal and Halifax, and parts distribution centres in Clarington and Vancouver. Toyota also operates two manufacturing facilities in Canada. Having produced more than nine million vehicles, popular Canadian models built at these facilities include Toyota RAV4, Toyota RAV4 Hybrid, Lexus RX 350 and RX 450h hybrid, as well as Lexus NX 250, NX 350 and NX 350h hybrid. The company has sold more than 20 million electrified vehicles worldwide and is the number one seller of electrified vehicles in Canada.