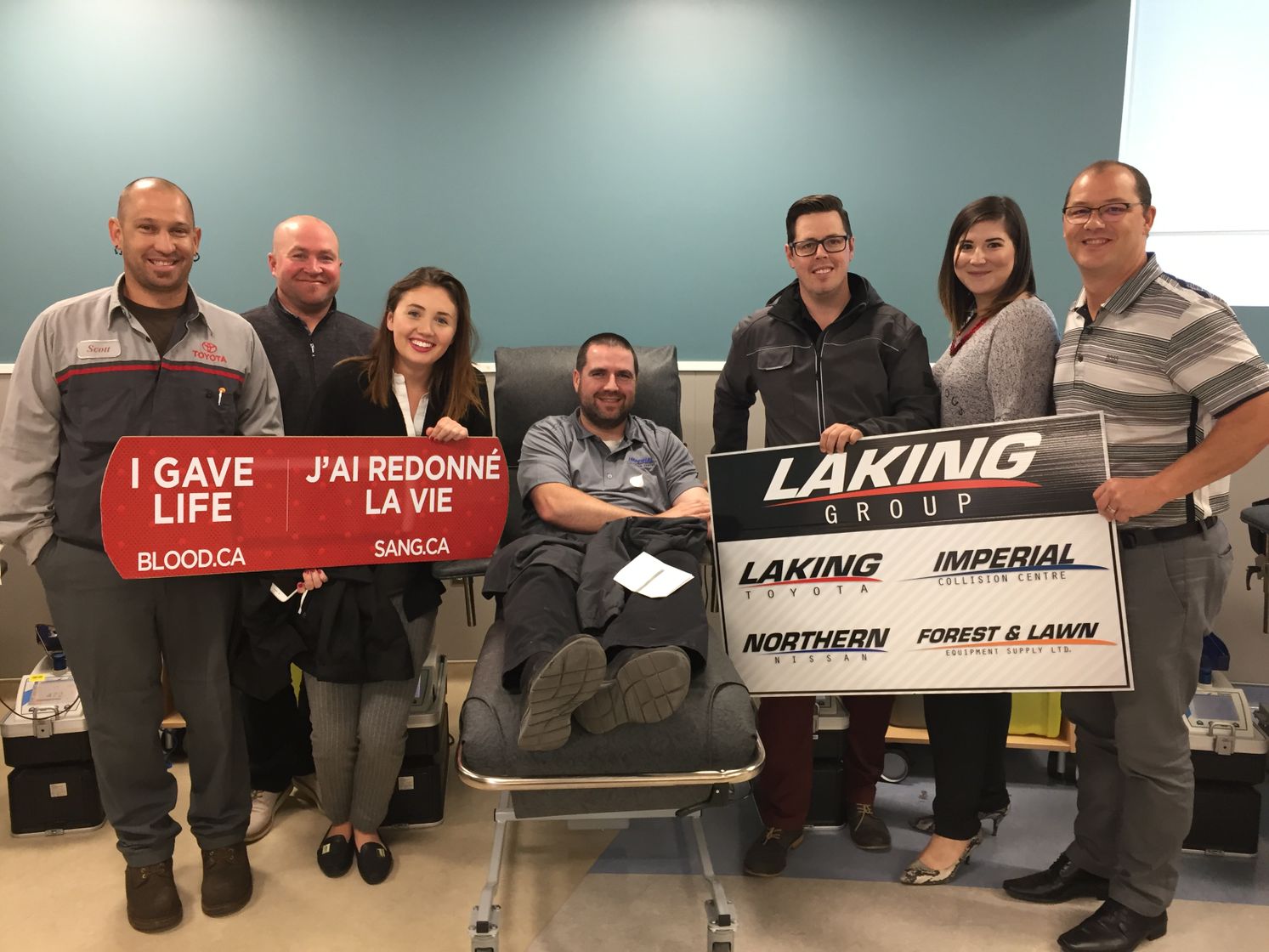 Laking Toyota adopted a clinic on August 31 and September 1 to help collect blood urgently needed before the long weekend.

For 25 years, Toyota has shared its manufacturing knowledge with other manufacturers, government entities and non-profits across North America through the Toyota Production System Support Center (TSSC).  Based on the philosophies of the world-renowned Toyota Production System, Toyota has helped hundreds of other organizations enhance productivity, maximize available resources and further improve quality and safety.

In Canada, TSSC has collaborated with Canadian Blood Services and Héma-Québec, with a shared goal to continually improve the services they provide for Canadians.

As an extension of this partnership, Toyota dealerships across Canada have begun actively engaging with local communities through blood donation clinics, organized group donations and other activities.  Toyota Canada employees across the country have also been participating by donating blood at local clinics to further support Canadians in need. 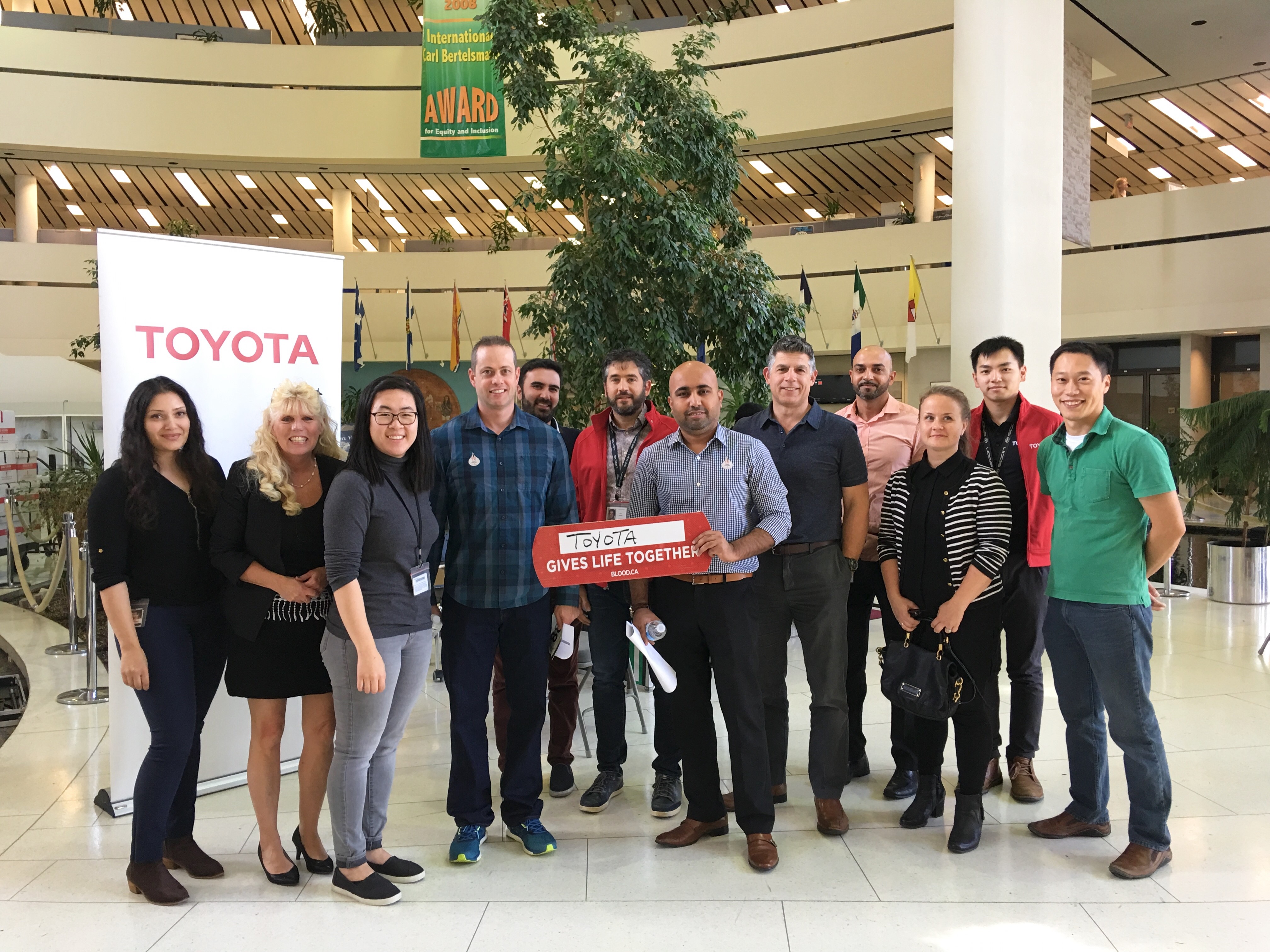 On October 19, Toyota Canada associates from the Toronto head office helped Canadian Blood Services collect 88 units of blood, which translated to 122% of their 72-unit target.

Here are a few ways Toyota Dealerships have engaged with Canadian Blood Services and Héma-Québec in their communities: 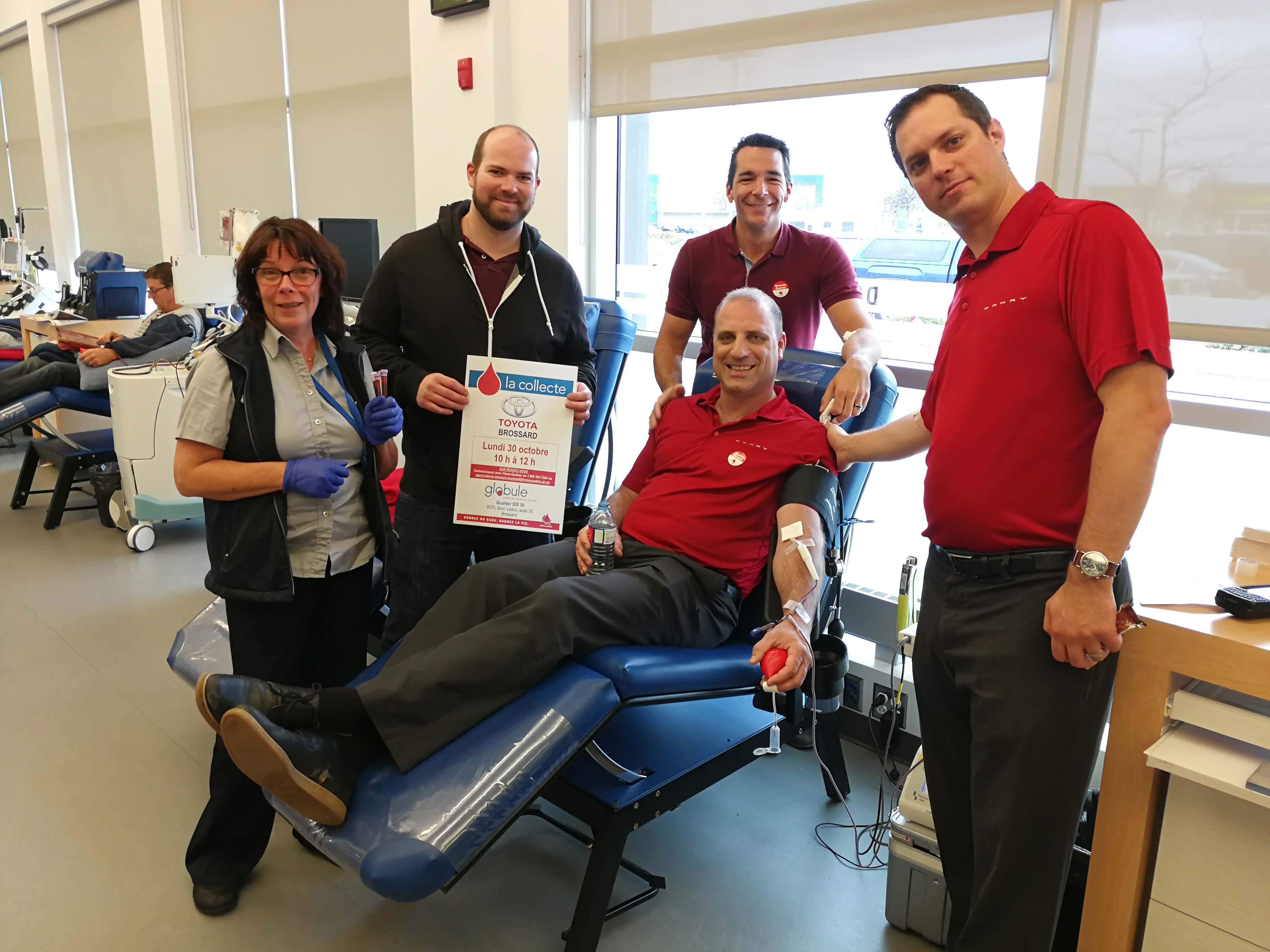 Every year in Quebec, more than 80,000 people need blood. On October 30, Toyota Canada associates from the Montreal head office organized a group blood donation to help Héma-Québec meet these demands.

Toyota Canada Inc. is encouraging Toyota Dealers across Canada to take advantage of the opportunities available to engage local communities through blood donations and awareness activations.