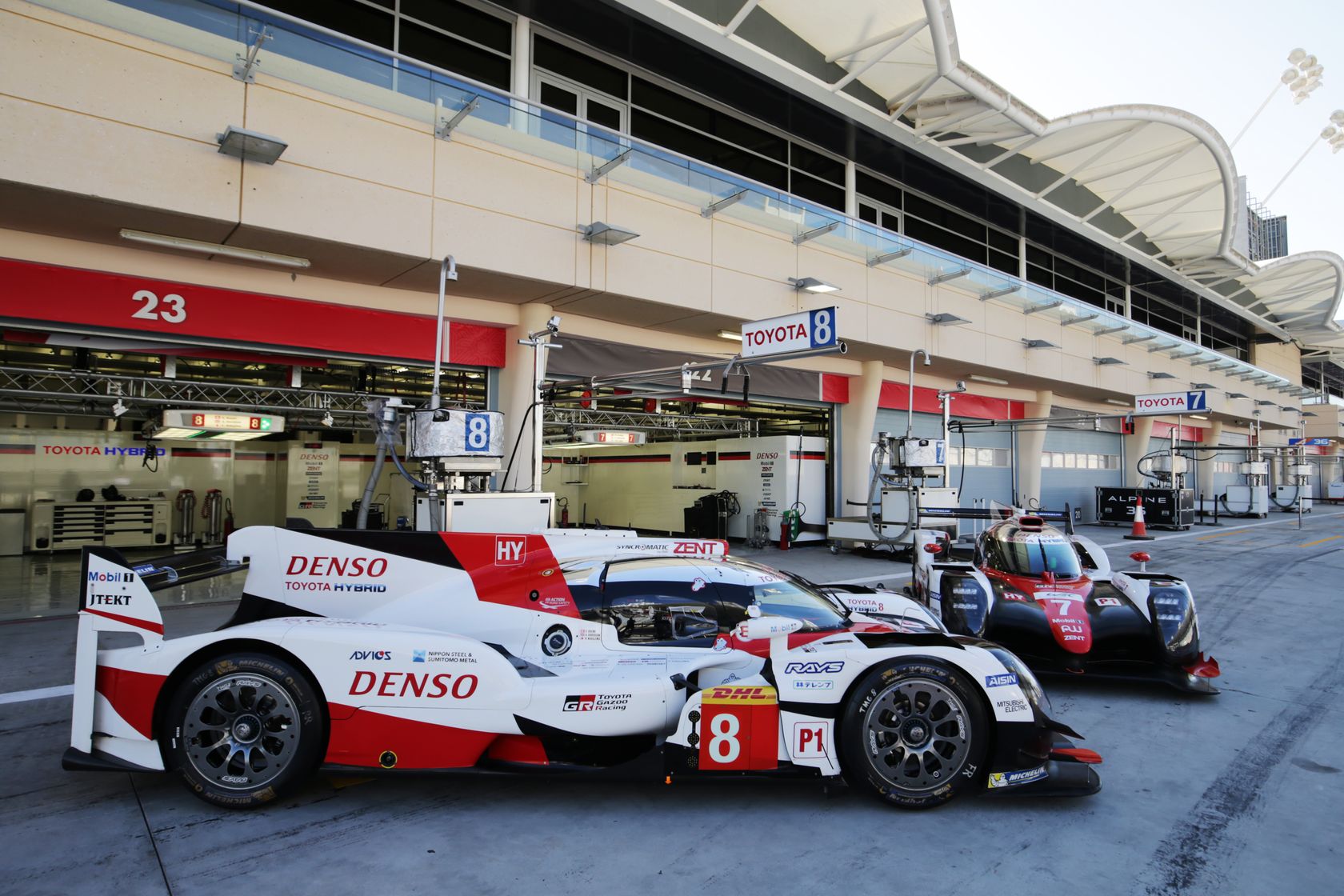 The team has officially submitted its entry to the Automobile Club de l’Ouest and will participate in all eight rounds of the 2018-19 season with two hybrid-powered race cars as it targets victory in the Le Mans 24 Hours and the WEC World Championships.

TOYOTA GAZOO Racing will again utilize its 1,000hp TS050 HYBRID car, which won five of nine races in 2017. Development of hybrid technology remains an integral element of TOYOTA’s participation in endurance racing as part of the company’s commitment to making ever-better road cars.

The driver line-ups for the two TS050 HYBRIDs are now confirmed, with the #7 car competing with an unchanged line-up of Mike Conway, Kamui Kobayashi and José María López.

Fernando, 36, will make his LMP1 race debut at Spa-Francorchamps in May and will compete in all rounds of the 2018-19 season which do not conflict with his existing Formula 1 obligations.

Anthony Davidson, who won five races in 2017 alongside Sébastien and Kazuki, will remain an important member of the team, bringing his World Championship-winning experience to a new role as Reserve and Development Driver.

Two-time Le Mans winner Alex Wurz will continue as Team Advisor and Ambassador having made a significant contribution since taking the position in 2016.

Akio Toyoda, President, TOYOTA Motor Corporation: “I am looking forward to seeing how much TOYOTA GAZOO Racing will grow when our drivers and all team members take what they have learned thus far in endurance racing and add to it what they will gain from Fernando’s experience. The entire team is excited about this opportunity for growth. Through the challenge of WEC endurance races and, among those, on the grueling roads of the Le Mans 24 Hours, TOYOTA GAZOO Racing will do its best, together with Fernando, to outdrive the competition.”

Hisatake Murata, Team President: “This WEC season is unique because it features two editions of the Le Mans 24 Hours so we are all looking forward to it. I believe we have an extremely strong driver line-up with real strength in depth. Fernando is a rookie in WEC but he brings speed and experience gained from many years at the top of his sport. We are all excited to work with him but endurance racing is a team effort and we know all of our drivers are performing to a very high level. I would like to thank Anthony for his professional approach in difficult circumstances; he remains a strong part of our driving line-up and he will be busy this season.”

Fernando Alonso: “I am very excited to participate in the Le Mans 24 Hours for the first time. It is a race which I have followed closely for a long time and it has always been an ambition of mine to participate. Endurance racing is a different discipline compared to single-seaters and it will be an interesting challenge. I am looking forward to working together with, and learning from, Sébastien and Kazuki, who are both very experienced endurance drivers. It will be a learning curve for me but I am ready for this challenge and I can’t wait to get started.”

To Fernando Alonso, I say thank you so much for choosing Toyota as a partner for making your Le Mans dream come true.

I am extremely thrilled that Fernando, who has battled it out in numerous races and seen things that nobody on our team has ever experienced, will be driving for TOYOTA GAZOO Racing.

I believe that having Fernando get behind the wheel for our team will only make our cars better.

I am looking forward to seeing how much TOYOTA GAZOO Racing will grow when our drivers and all team members take what they have learned thus far in endurance racing and add to it what they will gain from Fernando’s experience. The entire team is excited about this opportunity for growth.

Through the challenge of WEC endurance races and, among those, on the grueling roads of the Le Mans 24 Hours, TOYOTA GAZOO Racing will do its best, together with Fernando, to outdrive the competition.

And, toward our ultimate aim of providing our customers with ever-better cars, I hope we will be able to race with shared aspirations at heart.

We welcome Fernando and, together with Sebastien, Kazuki, Mike, Kamui and José for a total of six drivers, TOYOTA GAZOO Racing will go all out toward achieving all of our goals.

I look forward to everyone’s support of TOYOTA GAZOO Racing this season as well.