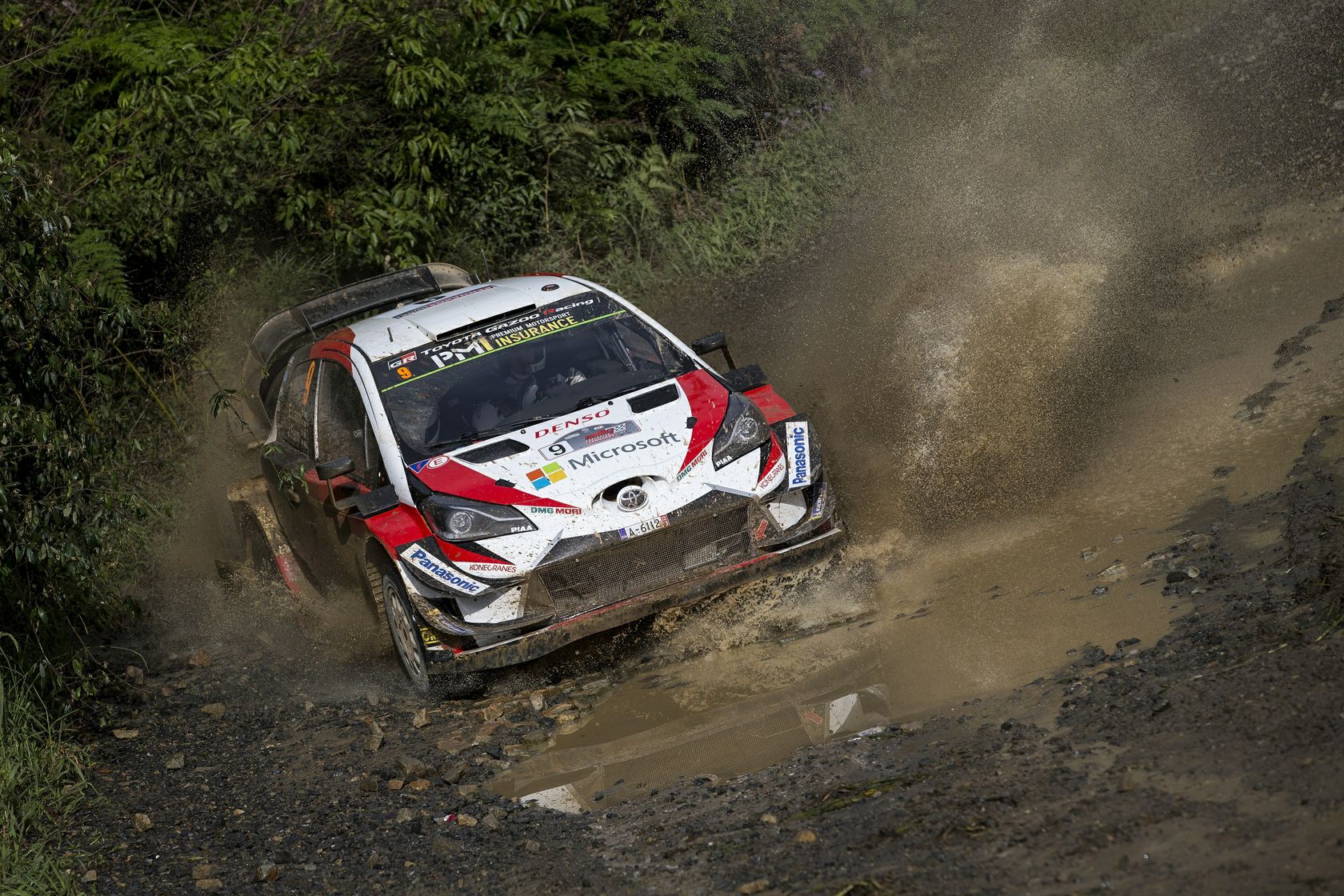 The strong performance of the Toyota Yaris WRC was demonstrated again on the final round, with Ott Tänak and Latvala moving to the top of the leaderboard during Saturday. Sunday was characterised by very muddy and slippery forest stages with the tricky conditions catching out a number of drivers. These included Tänak, who had to retire on the penultimate stage after hitting a tree.

Jari-Matti Latvala, co-driven by Miikka Anttila, avoided mistakes and took three stage wins on the final day to clinch victory by 32.5 seconds: the team's fifth win of 2018. Esapekka Lappi also won a stage to complete a strong drive in his final event before departing the team. Tänak, Latvala and Lappi finished the season third, fourth and fifth respectively in the driver's standings, with Tänak fighting for the drivers' title until the final day in Australia, and all three contributing significantly towards the manufacturers' title. 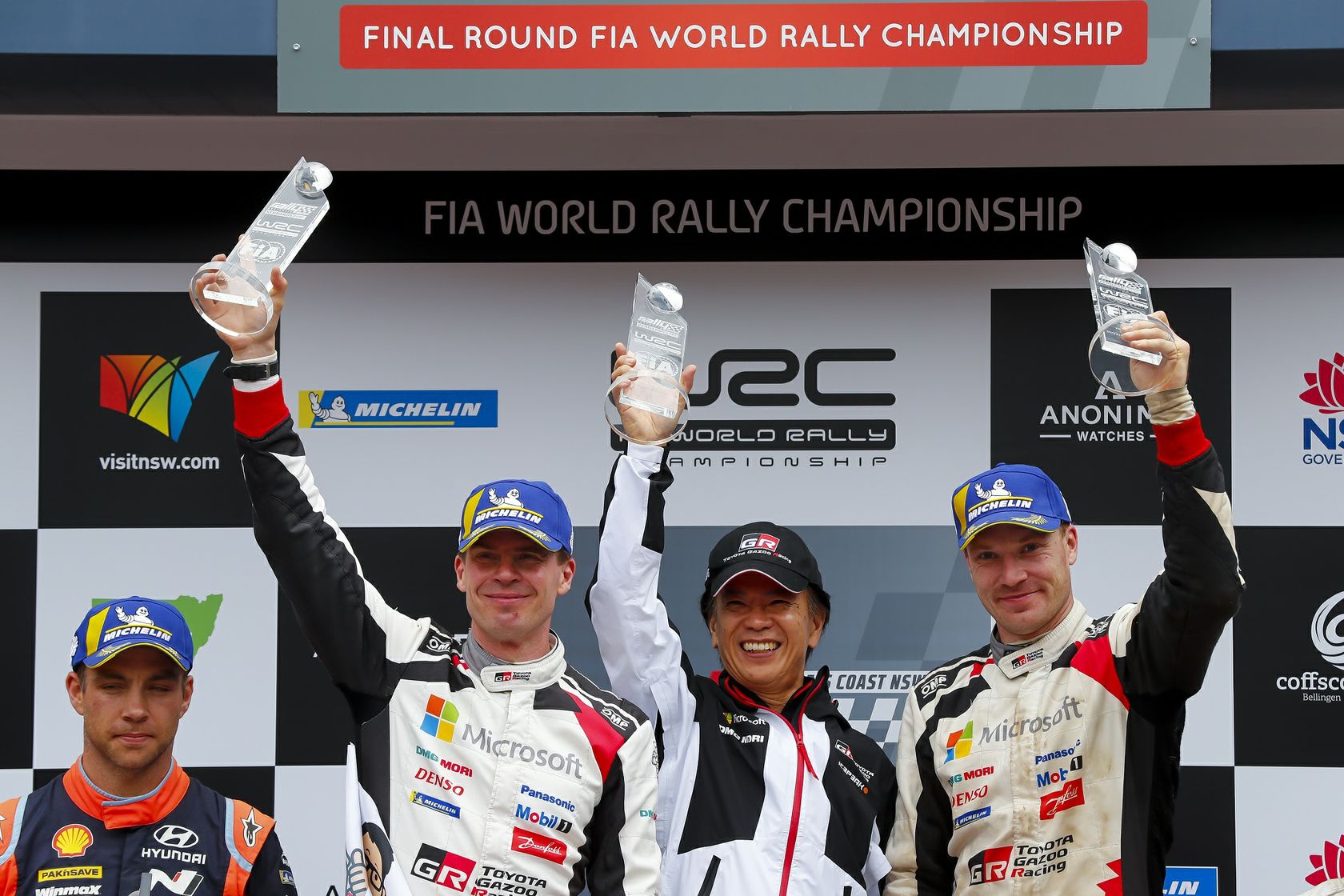 “Congratulations to Jari-Matti and Miikka for the Rally Australia win! I was very glad to see them on the top of the podium at the end of the year after what has sometimes been a tricky season. And with this victory, we could win the manufacturers' title. I feel so grateful, as team chairman, that we could get such a great result in the second year of our challenge after returning to the WRC following 18 years away. I am so grateful to Tommi, who has kept strengthening the Yaris WRC to win this title, all the team members who supported Tommi, and the six drivers and co-drivers who kept driving the Yaris towards our goal. Thank you very much, and huge congratulations! I also feel glad that we could share this victory with the fans who kept cheering for us, and also our partners who have fought with us as one team. Thank you very much for supporting us.”

“It's an absolutely amazing feeling today. This was the toughest final round of a season that I can remember. Ott's retirement so near the end was a big disappointment, but it was absolutely brilliant that Jari-Matti could win again. Esapekka also helped us score the points we needed. We started this project three-and-a-half years ago and we have developed much faster than we imagined. Last year we were here to learn and to gather data. In the second half of this season we were able to find a lot of improvements with the car. This is the result of the huge effort from everybody in the team, and I am sure this success will just further motivate us all to continue improving in 2019.”

“I am so happy to win again. It was quite a relief after such a long time! The conditions today were incredibly demanding, and it would have been very easy to go off the road. Everything went my way today, and I am sorry for Ott that his rally ended in the way it did. I was very excited and nervous at the start of the final stage, but we managed to do it. To win the manufacturers' title is fantastic. I am so proud of the team and what they have created. Everybody has worked so hard and they deserve this reward!”

“Congratulations to everybody in the team. They have done a great job. Personally, I can be disappointed about how it ended for me today, but in general I am really happy: I have the strongest car in the championship and strong people around me. It was a great battle all year; we were always trying our best. I went off in a really tricky stage with a lot of muddy places. I think it didn't change too much in either championship though. I am really happy with my season and we will keep pushing next year.”

“Today was definitely one of the toughest days of the season: the conditions were very tricky and that meant you couldn't enjoy the driving quite as much. It is nice to end this part of my career in this way, by helping the team to win the manufacturers' title. I really wanted to finish on top but at least we had a good rally where we were back on the pace. Thank you to everyone in the team for their support.”