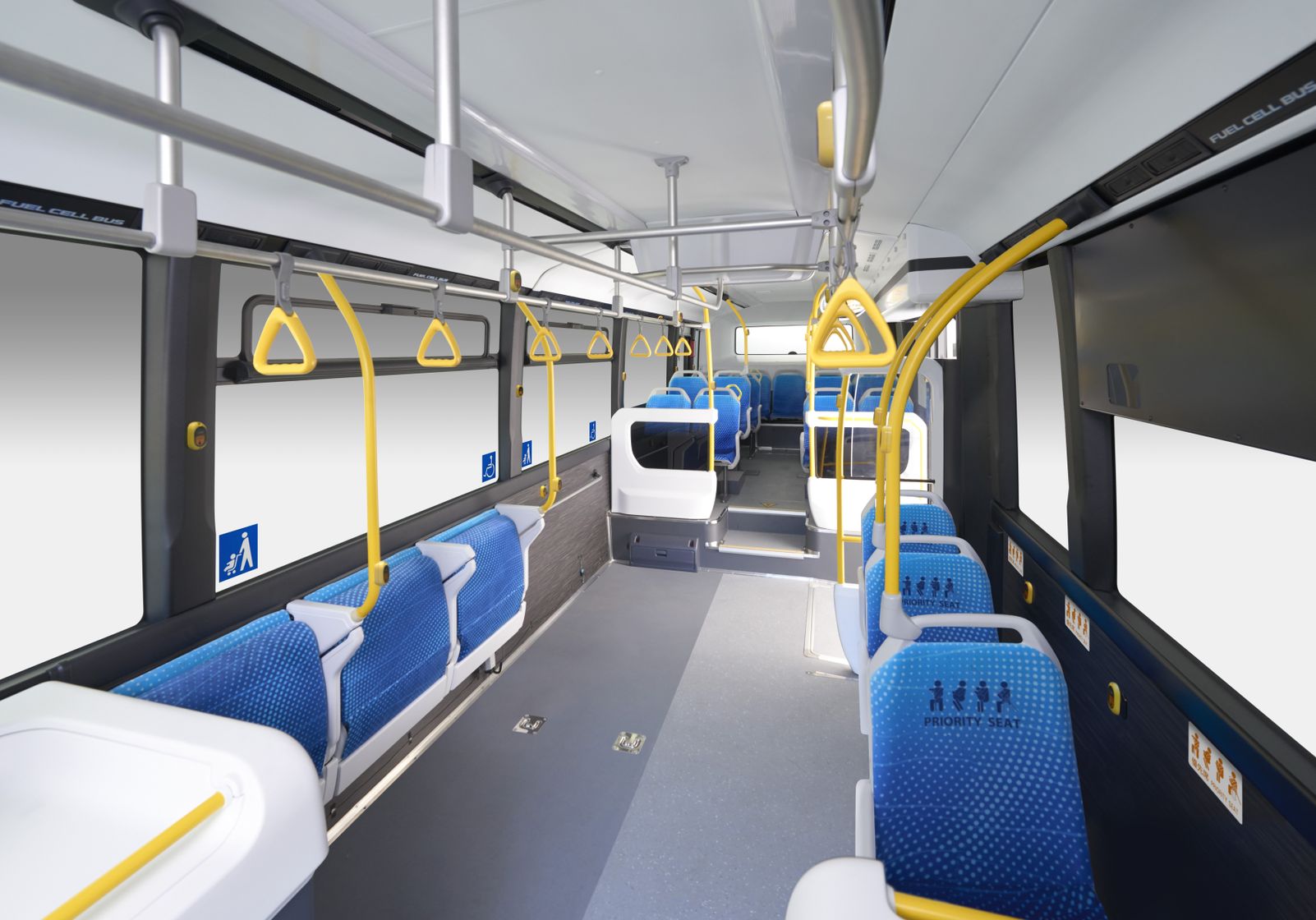 Toyota expects to introduce over 100 fuel cell buses, mainly within the Tokyo metropolitan area, ahead of the Olympic and Paralympic Games Tokyo 2020. As the number of FC buses in operation within the metropolitan area increases, Toyota anticipates greater awareness of the vehicle among the general public. 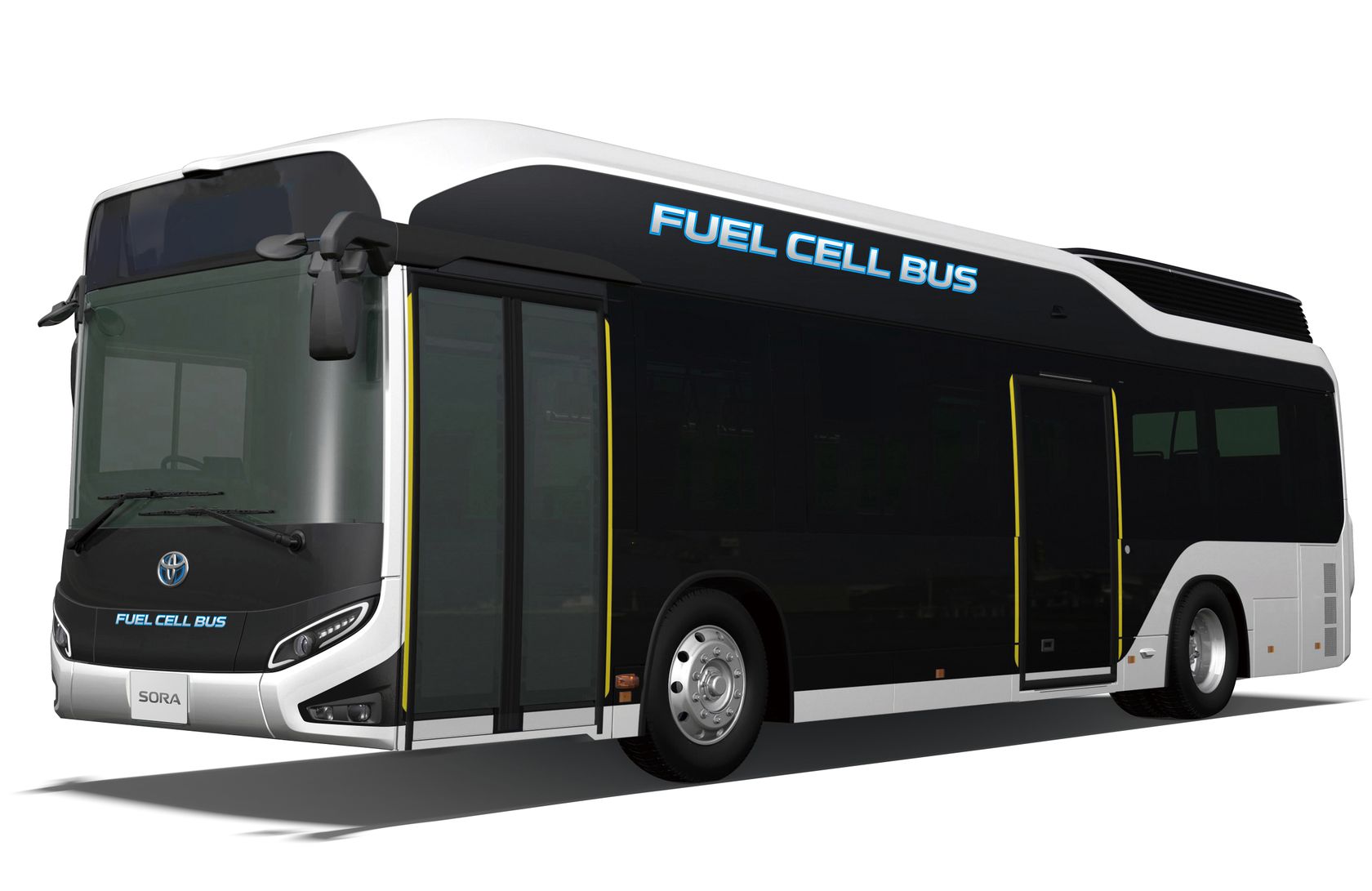 Last year, Toyota launched the "Start Your Impossible" global corporate initiative to transform the company from an automobile company to a mobility service company. This was guided by the company’s desire to contribute to the improvement and enhancement of customers’ lives and society as a whole through supporting the creation of a more inclusive and sustainable society in which everyone feels inspired to challenge his or her impossible. In developing the Sora, Toyota has sought to design buses that provide customers with freedom of mobility and become enduring town icons.

Toyota aims to create a bus that works for and supports society, so the Toyota Fuel Cell System (TFCS) has been leveraged in the Sora for its environmental friendliness and ability to serve as a power source in the event of a disaster. The Sora also features human-centric universal design and functions to ensure that mobility no longer presents an impediment to customers.

High environmental performance and comfort that is derived from FC technology 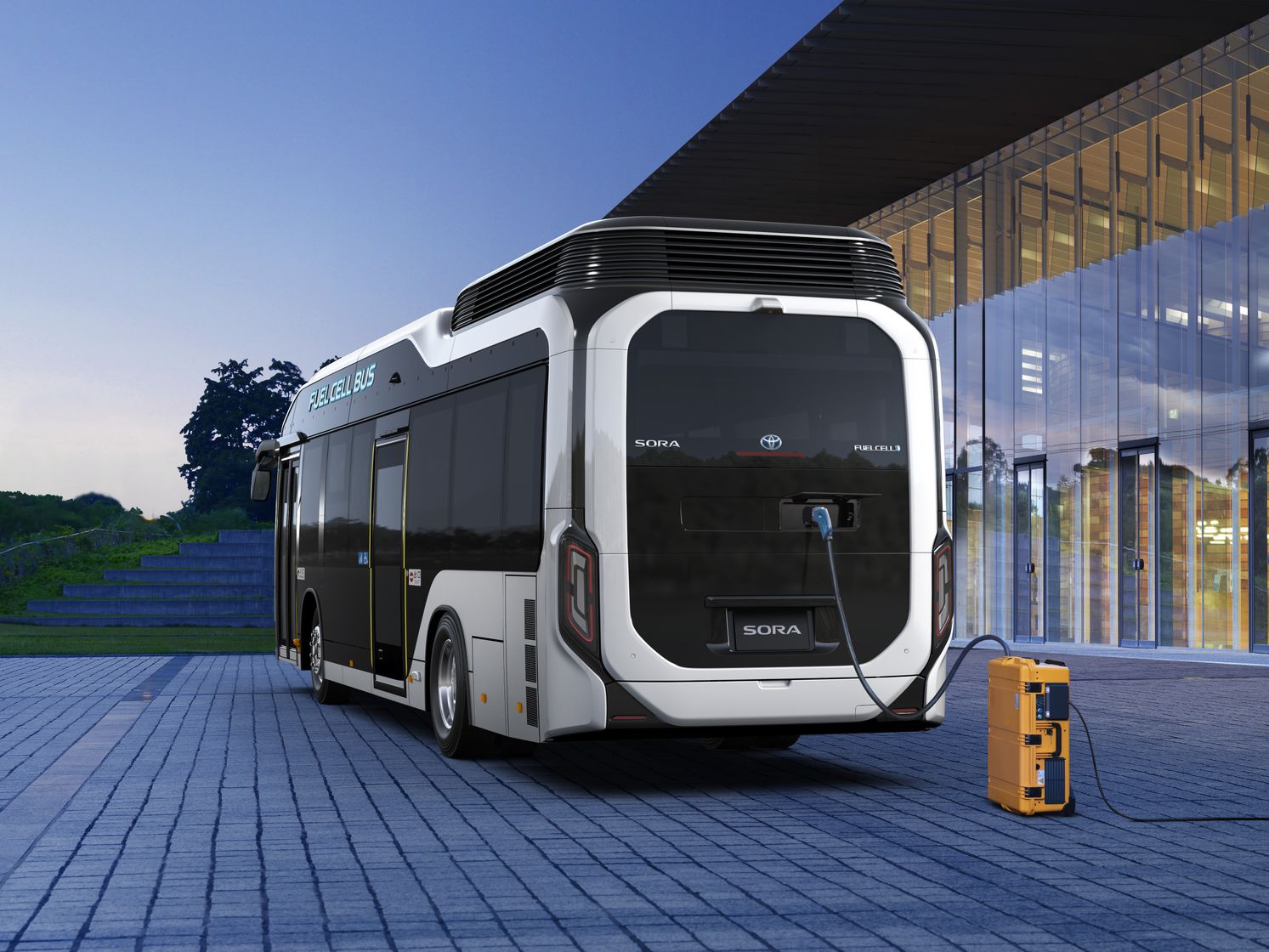 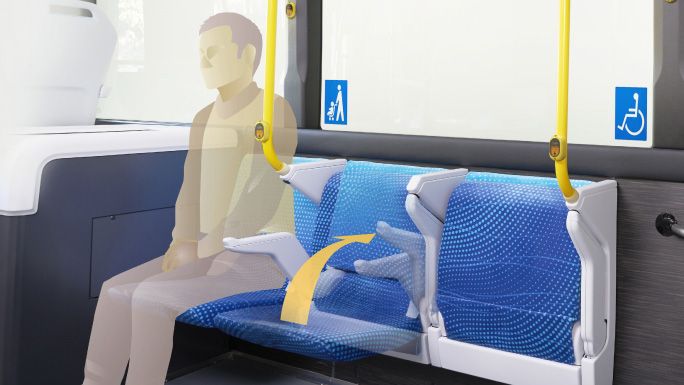 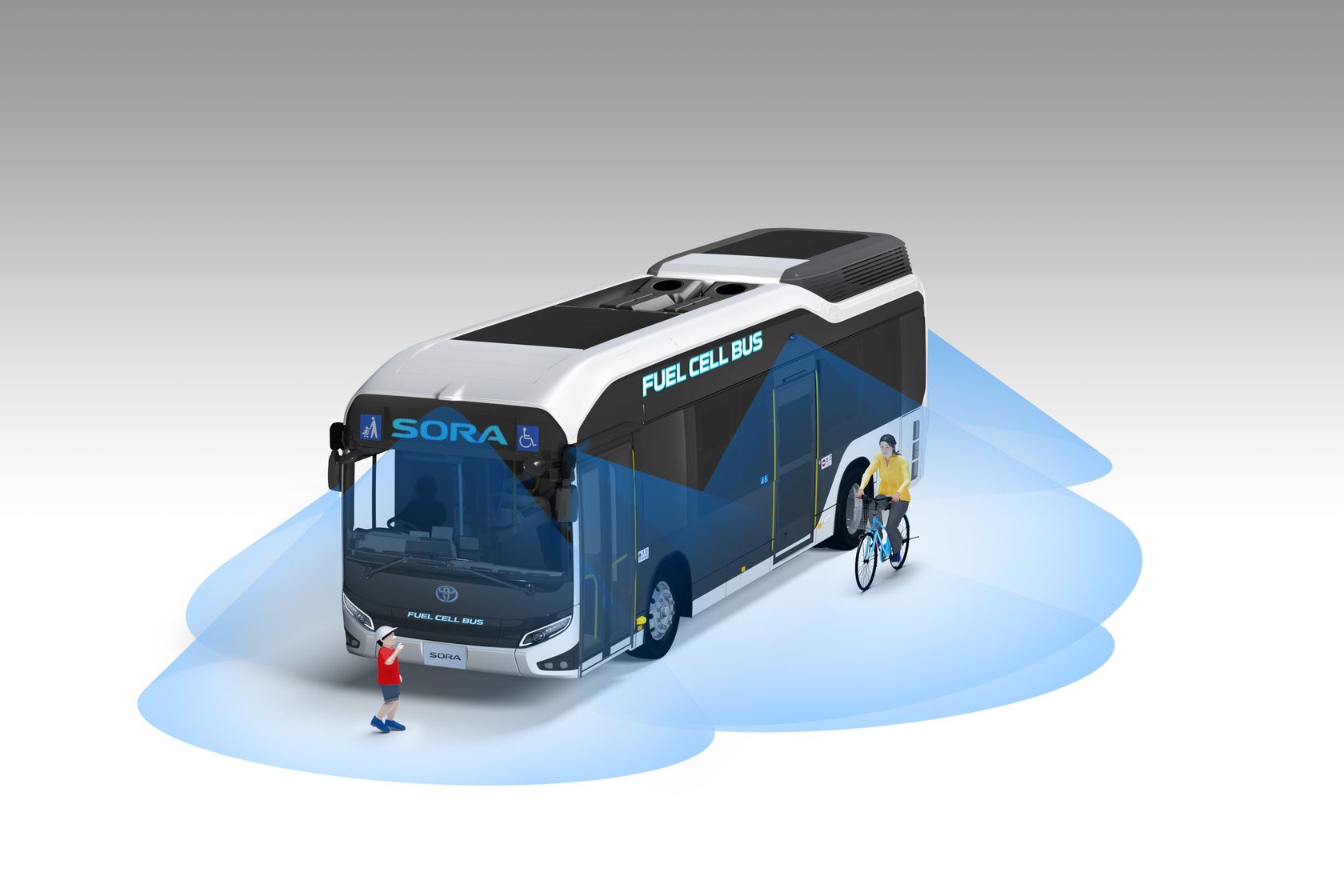 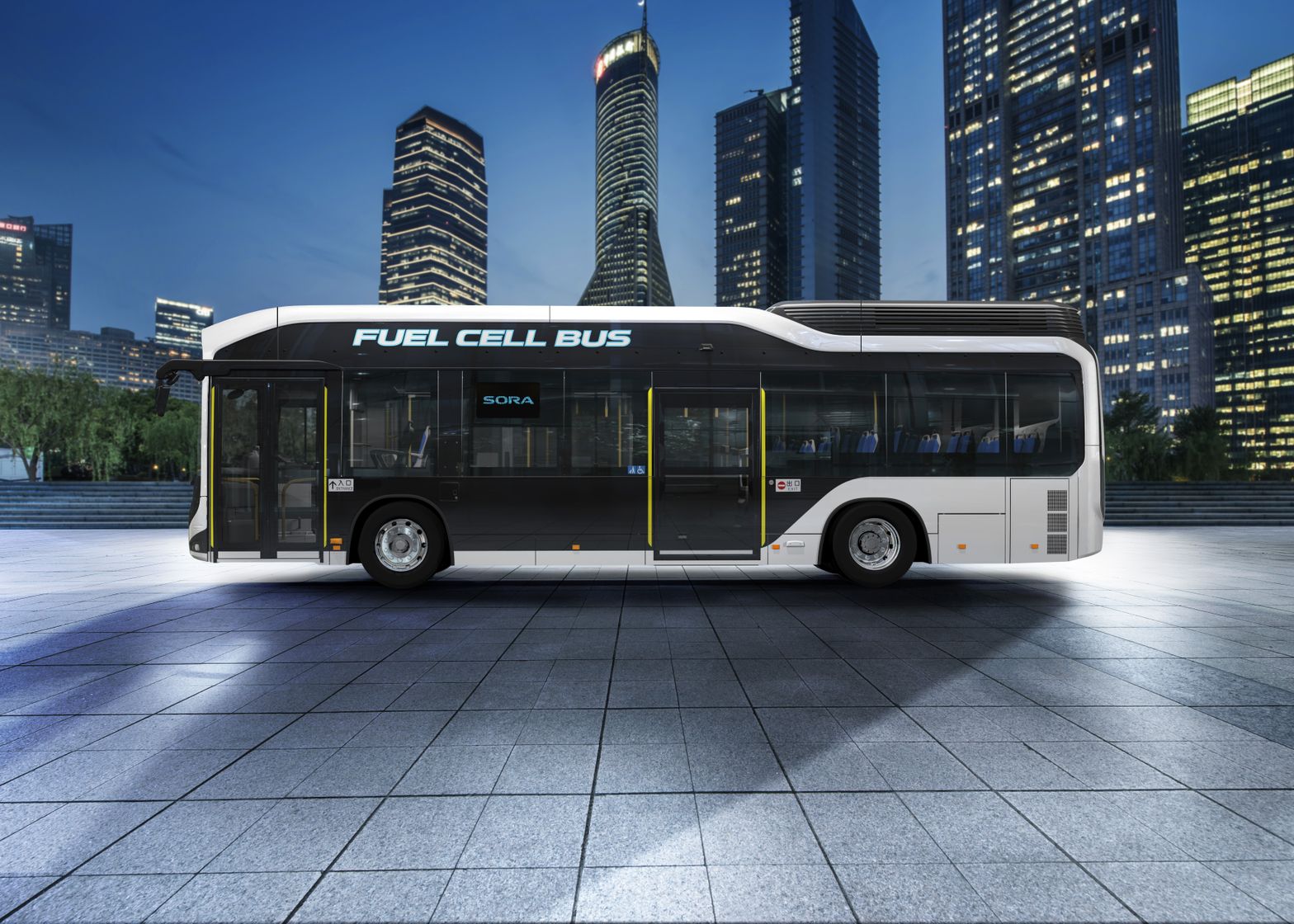 *2The power that can be supplied and the power amount may differ, depending on the performance of the power supply unit, amount of hydrogen remaining, and power consumption. External power output device sold separately.

*3As of March 28 (according to Toyota Motor Corporation).