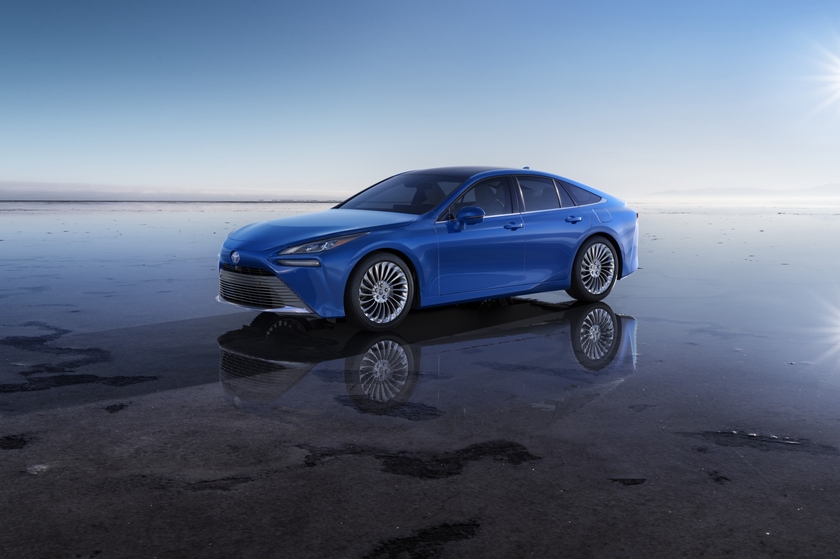 “We’re honoured that the members of AJAC have recognized this important technology, which proves it’s possible to go greener with no compromises to the vehicle owner’s lifestyle or driving habits,” said Cyril Dimitris, Vice President, Toyota Canada Inc. “The hydrogen fuel cell is an important technology – one of several powertrain evolutions that will enable us to achieve our global corporate goals, outlined in the Toyota Environmental Challenge 2050, of eliminating emissions from our vehicles.”

The hydrogen fuel cell system is at the heart of the second generation Toyota Mirai, which changes everything about personal mobility – offering drivers an advanced powertrain vehicle that produces zero emissions and is as fast as gas to refuel.

For its second generation, Toyota completely reimagined the Mirai – including its powertrain. Most noticeably, Toyota engineers made performance enhancements and increased hydrogen storage capacity – from 4.6 kg to 5.6 kg. The result is a more powerful and engaging driving experience, plus a 30 percent boost to range – now estimated at 647 km with full tanks. In addition to generating zero harmful tailpipe emissions, Toyota anticipates the new Mirai to be more fuel efficient than the previous generation.

Under the hood, the Mirai performs essentially as an electric vehicle – but one that never needs to be plugged in to recharge. The fuel cell stack is safe and proven – having been developed and put through testing around the same time that Toyota introduced the first gasoline-electric hybrid vehicle more than two decades ago. The stack combines compressed hydrogen gas from the Mirai’s tanks with oxygen from the atmosphere. The resulting chemical reaction produces the electricity to power the Mirai. The only by-product is water vapour, which is eliminated through a vent pipe beneath the vehicle. Best of all, the Mirai can be refueled in about five minutes.

The 2022 Toyota Mirai is expected to go on sale this year in markets where hydrogen refuelling infrastructure exists – including select regions of Quebec and British Columbia. Sales will expand into additional markets as refuelling facilities are established. For complete and up to date details and specifications, visit www.toyota.ca/mirai