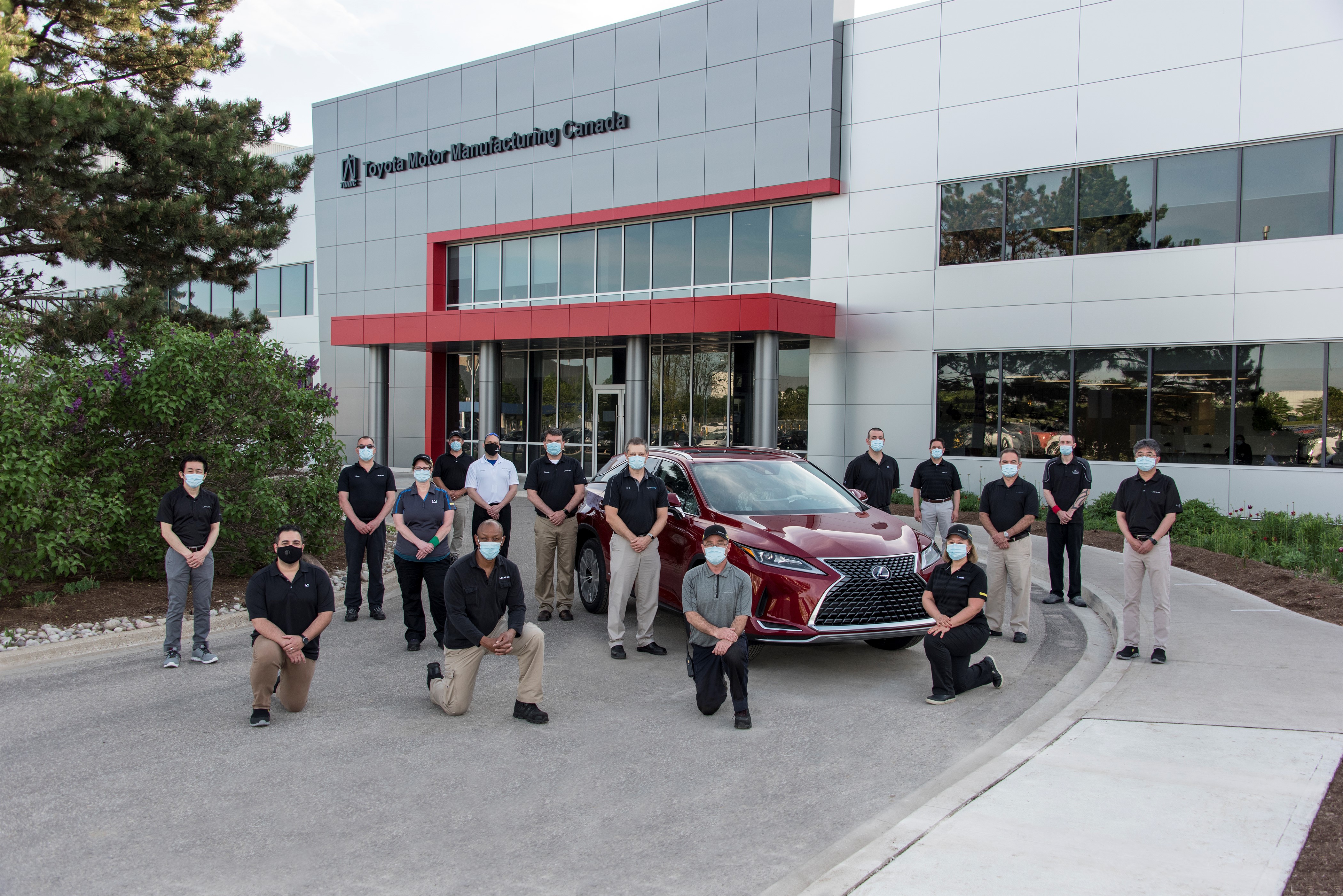 Cambridge, ON, May 28, 2020 – The team members at Toyota Motor Manufacturing Canada (TMMC) take pride in every vehicle they build, but a very special individual rolled off of one of the company’s Southern Ontario assembly lines on May 27.

The vehicle – a Lexus RX 450h hybrid luxury SUV – is the nine millionth vehicle produced by TMMC. And it represents another significant milestone in the more than 30-year history of Southern Ontario’s automotive industry.

“We’re proud to reach this milestone and proud of our growth,” said Frank Voss, President of TMMC.“ In 1988 – the year we opened our first plant in Cambridge – our team members built 153 Toyota Corollas – and it took 10 years to produce our first million vehicles. We built the most recent million in just two years and we’re building almost 500,000 Toyota and Lexus vehicles every year, making us the highest producing Toyota and Lexus plant in North America, and the second largest in the world.”

Since 1988, TMMC has also grown to become a major employer in Southwestern Ontario, with two lines in Cambridge and a third line in Woodstock that together employ more than 8,500 people.

“Our team is responsible for building some of the most popular Toyota and Lexus models for the entire North American market,” Voss noted. “And there’s more to come. As we set our sights on the 10 million mark, we’re also preparing for exciting changes – including the top-selling Lexus NX and Lexus NX Hybrid, which we’ll start to build in Cambridge in early 2022.”

In May 2000, TMMC made Toyota history when it was chosen to build the first Lexus outside Japan – the RX 330 luxury SUV. This required a complete overhaul of the original Toyota plant in Cambridge, which is now known as Cambridge South. Today, TMMC’s Cambridge South plant builds the Lexus RX 350 and Lexus RX450h.

TMMC was the first plant outside of Japan to build a Lexus vehicle and currently manufactures the Toyota RAV4 and RAV4 Hybrid, Lexus RX 350 and RX 450 Hybrid models at three manufacturing plants in Ontario, Canada. In addition to receiving two plant awards in 2019, the Lexus RX was also honoured with the J.D. Power Award for the top vehicle in its segment category.